Interview with one of the world's top ski mountaineers, born to his destiny in the village that hosts the Pierra Menta. "I dream of the World Cup"
Arêches-Beaufort is a paradise for anyone who loves the mountains. The valley lies at just over a thousand metres, but it's surrounded on all sides by peaks of well over two thousand. A couple of ski lifts give access to some fifty kilometres of downhill pistes, and there are thirty kilometres or so of cross-country tracks. For those who prefer skiing with skins, Arêches-Beaufort really is something else. It's a Mecca, an aspiration, a place where epic things happen and legends blend with reality. Here in Savoie, on the slopes of Grand Mont, one of the legendary ski mountaineering competitions has found its home since 1986: the Pierra Menta. Xavier Gachet was born three years after that first edition, in the heart of the Beaufortain. And he's lived there ever since, with the mountains in his DNA. Today he's one of the world's greatest ski mountaineers, and he's competed with the French national team for the past 16 years. He's also part of the SCARPA® team, and we interviewed him at the end of a season during which he was constantly in the spotlight. 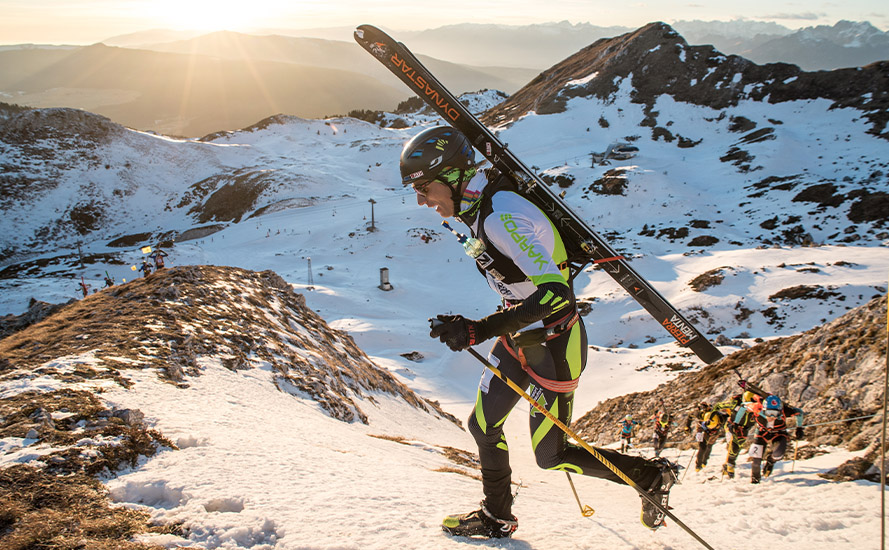 You were destined for this: your dad competed and you were born in the home of the Pierra Menta. Was there ever a time in your life without ski mountaineering?
"Ski mountaineering is part of my life. My favourite childhood memories are of going with my mum to watch my dad, René, competing in the Pierra Menta. I discovered the thrill of serious skiing when I was seven. Although I'll tell you a secret: to start with my feet used to hurt a lot, and I thought it was because of the skiing. But then I realised they'd given me boots that were too big. And since then I've never stopped".

It's a passion you bring home too, even now you're married. What's life like with your wife, Axelle Gachet-Mollaret? We've often seen you celebrating victory together at the finish line...
"People ask me if it's difficult for two professionals to live together. But for me it's a kind of perfect arrangement. We both work four days a week. Sometimes we train together, other times we don't. Competitions are opportunities to spend a great weekend together; we love travelling and for us an event is like a holiday".

So are the mountains more about pleasure, or work?
"I can't imagine life away from the mountains; I only feel good here. I love all mountains. Besides ski mountaineering, I also like running and mountain biking. But whenever I can, I spend time doing traditional work. Cutting wood, harvesting hay, looking after the valleys as our ancestors did, following the rhythm of the seasons and respecting the pace of nature. I feel the power of this ancient world inside me; I feel totally part of the energy that's inherent in my birthplace and its rocks". 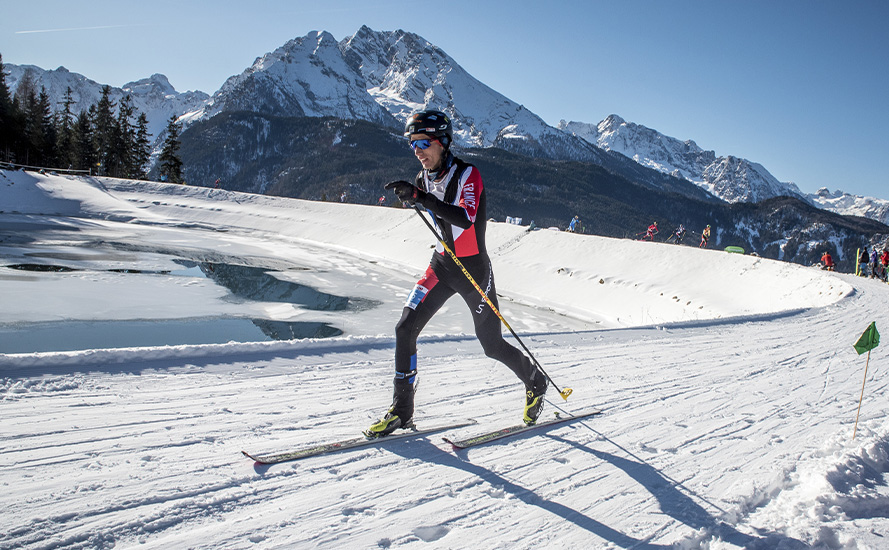 ​​​​​​​
You're thirty and you're considered to be one of the world's greatest ski mountaineers, with decades of experience and a professional career that began in 2005. Which are your favourite competitions?
"I love being up against the great champions of our times; when the competition's tough I feel more alive - the adrenaline runs high. Those are the real ski mountaineering competitions, and I love being involved in them. I always give it my all, but I perform best against the best. And that's why my dream is what everyone wants: to win the Pierra Menta and the individual World Championship".

Speaking of professional competitions, how have your results been this season?
"I won the French championship and the second round of the individual World Cup. If I have to find a flaw, I struggled a bit in the verticals. Because my true passion, what really drives me, is the epic races, where ski mountaineering gets back to its roots: technical courses, tough climbs and complex descents. In these I feel more motivated; when I get to distant, unknown places I feel truly alive".

THE GOAL IS ALWAYS THE SAME: TO REACH THE HIGHEST PEAK