"A really destructive walk", laughs Marco De Gasperi after the challenge, during which he also tested the Ribelle Run, the model of SCARPA for skyrunning that will be released in 2021. "It's a very muscular track, not easy. The path is all to be deciphered, the track is not always easy to follow. That's why I'm sure that sooner or later someone else will beat this record. At my age, this is the best I can do".

And think about this. After 35 kilometres De Gasperi also made a mistake that risked being fatal to him. Before the penultimate climb to Bocchetta Roma, he followed a wrong track, losing two hundred meters of difference in height before realizing he had to climb an almost vertical wall. "I had lost lucidity, luckily with me was Lorenzo Beltrami, also a SCARPA athlete, who helped me to find the route again". 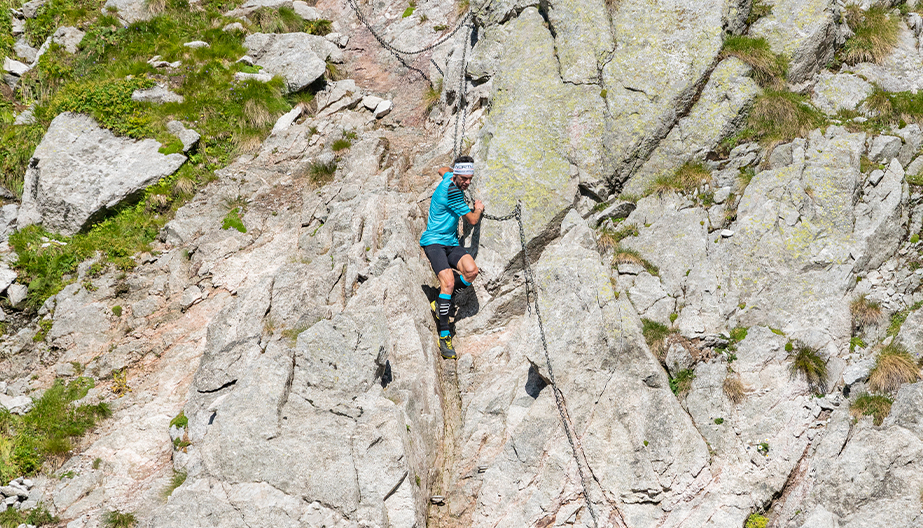 When you are in the mountains the relationship of trust with the people who travel with you is fundamental. And with this spirit of sharing, the same Speziali took part in the adventure, who accompanied Marco for the seven most technical kilometres, the route from Passo del Camerozzo to the Allievi refuge. "It was great to run them together, he knows those stones perfectly. He filmed me, he helped me by suggesting to stay below or above certain passages. Although he knew I wanted to beat his record, he put aside his personal pride to allow me to give my best. It was an unforgettable lesson in sports and life". Although then the strongest emotion was to arrive at the church in the village of Malenco, which is the arrival. Waiting for him Elisa Desco with their daughters. "The moment was special, I am really proud to have sealed this record".

​​​​​​​While the Dega was celebrating, Hillary Gerardi was still busy running. But in the end, she brought home her result: she is the first woman ever to set an Fkt on the track. For her, the challenge was very complicated. She knew the segment of the course where the Kima runs, about 35 kilometres. And she knew she could fly into it, not surprisingly two years ago she won the race. But then, when you ride the ridge at the edge of the sky for a historical record, everything gets complicated.

A few wrong steps, some unforeseen. "I am proud to have been the first woman to record the Fkt on the course, but I also know that this time can be beaten," she said after the race. "I myself believe I can improve it, knowing the track in detail is definitely helpful". However, her mission lived with friends and colleagues ("I thank them all", she says) has been completed. "I wanted to enjoy these magnificent landscapes, but also to be an inspiration for women who love the mountains," he concludes. "If someone would imitate me I would be really happy, running on the Sentiero Roma is wonderful". 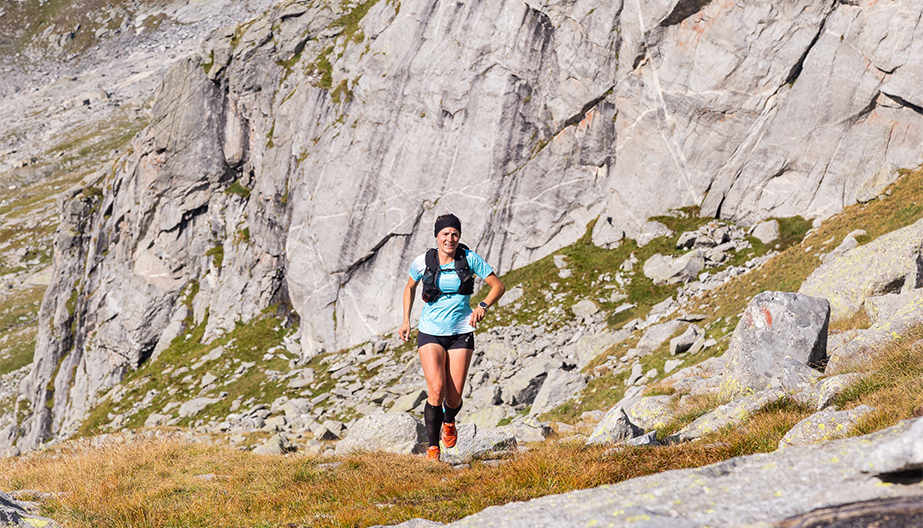 A record that arrives in the year of Covid, the year without competitions and that is grafted on a ten-year tradition of challenges. One of the first to cover the entire Sentiero Roma in a "racing" version was Luciano Capitani who, in 1985, arrived at Torre Santa Maria in 9h35'15". Flavio Arrigoni instead took 9h15'48". On September 12, 2001, Fabio Contessa (less than 7 hours his staff at the Kima) stopped the chronometer at 9h4'' on a bad day from the climatic point of view before the exploits of Speziali and De Gasperi.

But the path also attracts the attention of the little ones, children who eat altitude difference from the cradle. The youngest to walk the entire Sentiero Roma were Sondrio's climber Luca "Rampikino" Maspes and Andrea Salini. The first one in 82, at the age of nine years, took six days to climb the Qualido pass and therefore included the Omio refuge, while the second, at only eight years old, faced the Barbacan variant gaining one day.​​​​​​​