However, in the first year in which the event has not taken place, due to Covid-19, there's some important news: SCARPA has decided to support the organisers and become the main sponsor of the event, with a three-year deal. So in October 2021 athletes will be attempting (or repeating) the spectacular routes. In the meantime, here's a reminder: many athletes are running the courses now, in order to keep up their fitness levels.

 ​​​​​​​
The first route, where the world skyrunning championship is decided, is the epic "Limone Skyrunning Extreme". A 22-kilometre run to the sky, with a vertical climb of 2,052 metres. The first extremely tough climb leads to Punta Larici and then the Rocchetta Pass. The course continues on the 101 mountain trail to Bocca Guil and then takes a fantastic route along the ridge to Monte Carone, the highest point in the race. It's reached by climbing the "camino": 285 steps carved into the rock. On arrival at the summit, the route descends the other side of the mountain, then slopes down to the Traversole fork. Here it begins the final undulating section to Dalco. Then the last steep descent to Limone. 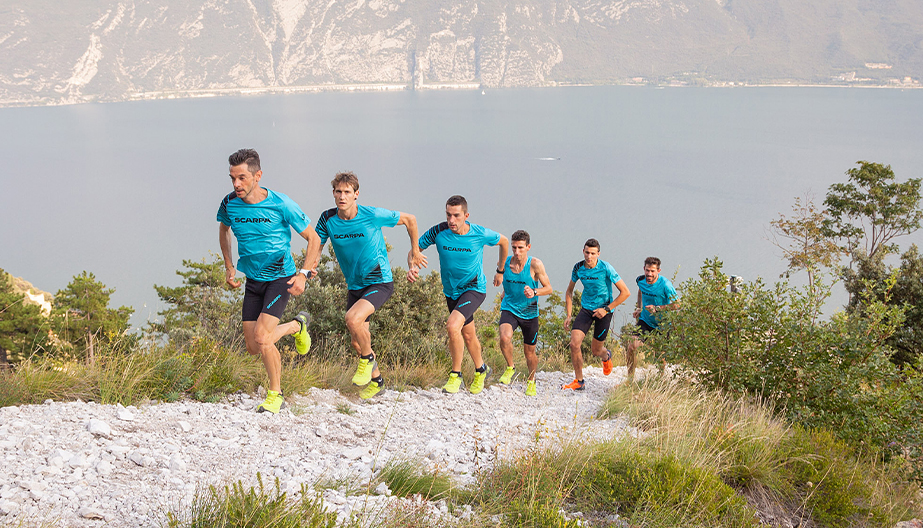 ​​​​​​​
The second route is the Vertical Kilometer on Greste della Mughera. 1,100 metres vertical climb on a course of less than three kilometres, from 60 metres above sea level to 1,160 metres at the finishing line. The route begins on Lungolago Marconi and covers a flat stretch which goes through the old town centre to an olive grove. Then the climb begins, along a ridge that becomes increasingly rugged and difficult, requiring muscles of steel and a courageous heart. The finish line is in Nembra; the reward is an incredible view.
​​​​​​​

​​​​​​​
Lastly, the 10-kilometre race in which anyone can experience the thrill of competing with the elite of the skyrunning world. From the village, the route follows the lakeshore and passes the San Giovanni river before turning into the Singol Valley and ascending a challenging mule track, some sections of which have a gradient of 24%. After three kilometres a single track road begins, and after six there's the steep descent back down into the valley, after a vertical climb of 1,100 metres.
What follows is the finish line, refreshments and the joy of a great event which sadly will not be held this year. The date for everyone's diary, then, is October 2021. Limone, for an unforgettable experience. Extreme, in fact.