Everyone knows Matteo Eydallin for his performance in skimo races. The guy who manage to win three times the Mezzalama Trophy, 4 golden World medals and tons of others competitions is already a legend in the sport. But what about his taste? What he listen during the hardest training?
The steppenwolf of the skimo World scene give us some suggestion about music.

Prepare the hearcuffs and listen to the ultimate Steppen Playlist! 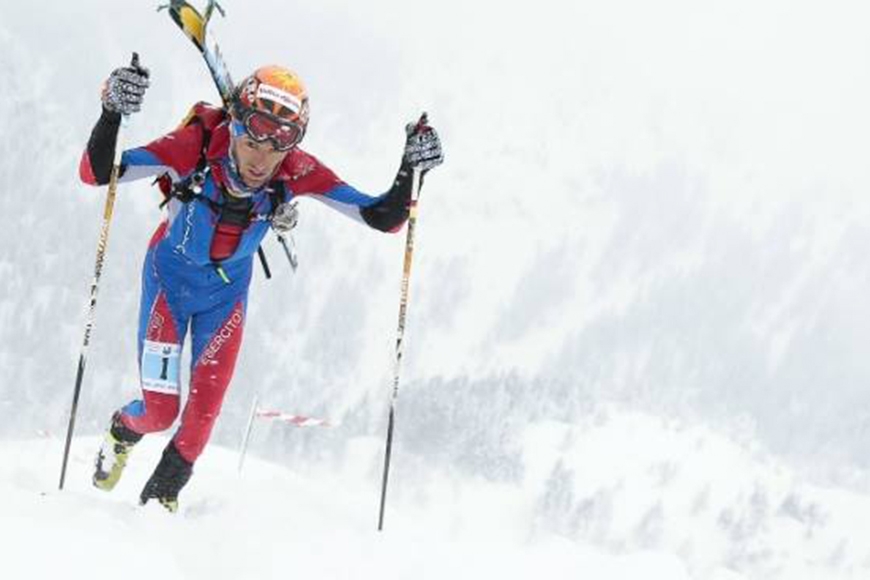 Do you listen to music during the training?
Often

Do you listen a lot of music everyday?
Basically everyday.

Do you prefer to listen music with the stereo, driving the car of with the earphones?
The stereo is the best, I’ve got also a record player at home, but unlikely I use more headphones and the stereo’s car.

Best song for the pissed off moments
It depends, but probably some line of the Domenica delle salme of Fabrizio de Andrè makes the trick.

A quote from a song
It's from George Brassens and we can translate with something like that: "Time, don’t solve anything, when you are 20 years old or when you are granfather if you are an idiot you remain an idiot"

Best song for pushing hard during the hard training
Eye of The Tiger from Survivor seems too ordinary to say. Some psychedelic stuff hoping to enter is a good trip

Worse song impossible for you to listen
The list is too long… don’t want to bother you!

April, Come She Will, Simon and Garfunkel