From promising youngster to top mountaineer: falls, doubts and - of course - Ragni di Lecco.
The flexibility and experience of those who have climbed mountains always and everywhere, the commitment and elegance of the new generation of sport climbers, the curiosity to look a little further afield and face the mountains with trust. Today Matteo is all these: mountaineer, climber, explorer. He's a man who looks into the distance with his gaze full of dreams and who lets his ascents do the talking.

Top-level expeditions to Pakistan and Greenland, Mexico, the United States and Baffin Island. A visceral passion for Patagonia, faithfully visited every southern hemisphere summer in the past decade; repeated conquests of extremely challenging classic climbs in every corner of the Alps; inaugurations of new routes in the mountains of home and around the world. It would take whole pages to list his adventures and climbs at the highest levels, complete with approaches by kayak and endless waits in shelters dug into the snow. It's no accident that he recently described them in his first autobiography. 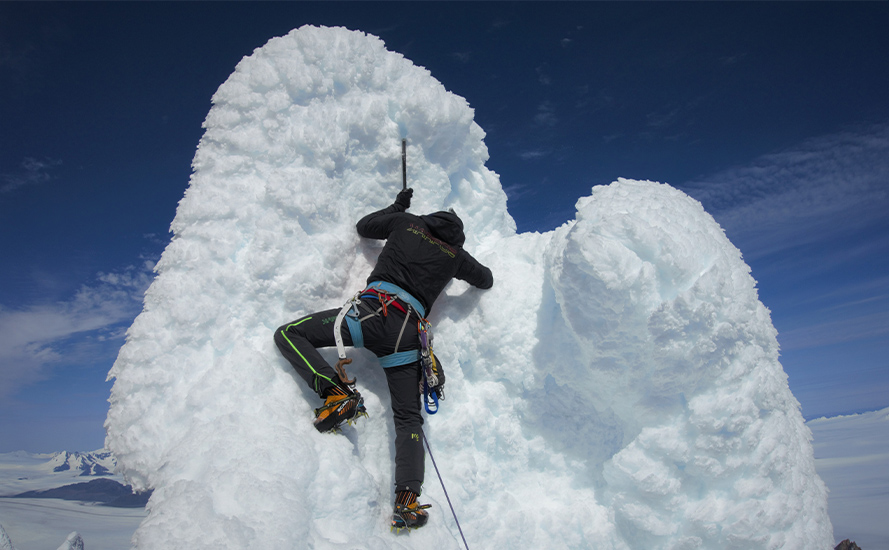 But life is never straightforward, not even for the highest achievers.
Indeed, hearing his stories you might think he's a mountaineer who's totally focused on his goals, determined to reach his dreamed-of routes in the company of trusted, able climbing companions: but that's not the way it is, or rather it wasn't always. And for Matteo, the red sweater with the seven-legged spider on the sleeve was more a blessing than a prize to celebrate his successes.

Let's go back to 2005, when Matteo, in an extraordinary run of successe completes one difficult climb after another, his performance improving at the speed of light. Nothing can stop him or dull his passion; every goal yields to his juvenile ardour. With Domenico Soldarini and Lecco Spider Fabio Palma, he opens Portami Via in Wenden, an incredibly difficult route only repeated to date by the excellent Swiss Steck-Anthamatten duo (yes, that Ueli Steck) and none other than Tommy Caldwell. But it's on Portami Via itself - when the route was opened but not yet freed - that the unexpected happens: an edge breaks, a long fall and a hard landing on his back. It's a bolt from the blue: even the best can fall and realise they're mortal and fragile! A harsh blow for a university student who devotes all his time and energy to climbing on ever-smaller edges, continuously raising the bar and thinking himself unstoppable. What's the sense of it all? 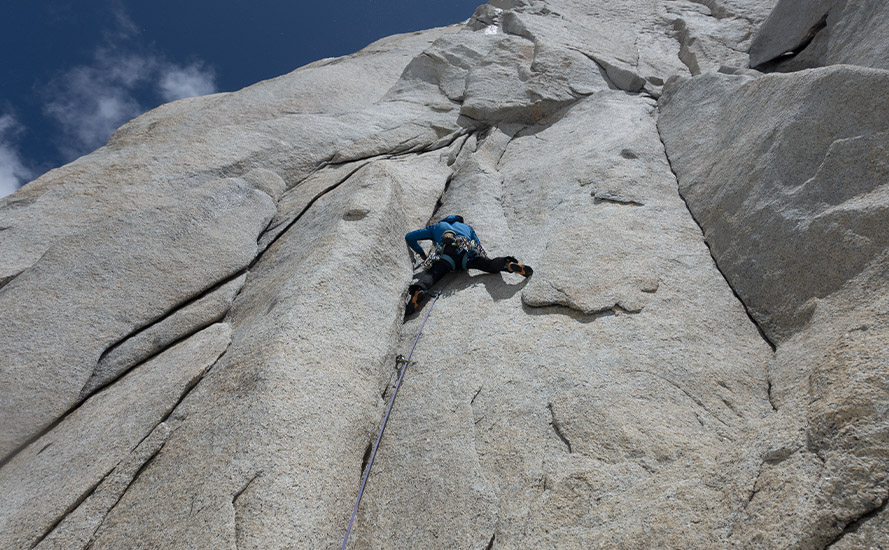 ​​​​​​​
An immediate escape to the States, justified as a study trip, gave him the chance to detox from a passion that was burning too hot, and take control of his life and his choices. But at the same time Matteo was invited to join the Ragni di Lecco, one of Italy's largest, best and most deservedly famous elite climbing groups.
Like a scene in a film, the red sweater arrived at the Della Bordella home just when its recipient was more interested in student parties than mountains. He became a Spider, but what kind of climber was Matteo, after his terrifying fall in Wenden and his diet of junk food on the college campus? If you just look at his CV, without knowing the back story, you might think Matteo returned to his previous form soon after his foreign trip, successfully following his upward curve. However, a person's inner journey is often invisible, but leads to a new awareness of their place in the world, a new way of seeing things. We'll never know what would have happened to the young Matteo if he hadn't had his brush with death on that unlucky (or lucky?) day in 2005, or if the red sweater hadn't arrived and he'd given up climbing to become an engineer (or a party animal).

What we do know is where Matteo is now: one of the greatest exponents of the "no place too far" approach, not only in Italy, but worldwide. A top-level mountaineer, conscientious and capable of dreaming up ambitious expeditions to the world's wildest mountains, often accompanied by other members of Ragni di Lecco. And with the same commitment he's learned to accept the tough lessons of failure and the new challenges in his life.
In 2018 he was elected president of the Ragni di Lecco: with all the sensitivity of an elder brother, Matteo leads by example and passes on his enthusiasm to younger members, linking old and new generations, supporting and inspiring the projects of his climbing colleagues. Ultimately, the fire of passion burns longer when the breath that fuels it is shared, as all those who wear the red sweater know well.