THE FAMILY THAT RUNS AT THE EDGE OF THE SKY

Marco De Gasperi and Elisa Desco are a unique Italian couple. Champions, companions and co-parents. “Our days are split between our daughters, training and work”
Lidia looks you straight in the eye and doesn’t hesitate when she’s asked about Mummy and Daddy. “My parents are heroes. “My parents are skyrunners”. Lidia’s nine and she has a two-year-old sister, Cecilia. She doesn’t much like effort, gets bored on long walks and, if the path goes uphill, she prefers to sit on the ground. But her little sister already seems gifted in terms of walking, although it’s too early to know for sure. For her, a hundred metres are the equivalent of a kilometre uphill for an adult.

Keen runners or not, there’s not much they can do about their DNA and their genes for competitiveness and muscular strength. These are the daughters of Elisa Desco and Marco De Gasperi, the most famous partnership in Italian trail running. Mum and Dad are legends; they’ve broken record after record and brought home more medals than a wall can hold. “At our house everything effectively revolves around running and looking after the kids”, smiles Elisa who, on top of being a super athlete and a super mum, also ran an ice-cream shop for a while. “We’re considering keeping it closed for the winter, perhaps in a building near here that belongs to a relative of Marco’s. It would be impossible to work all year round”. 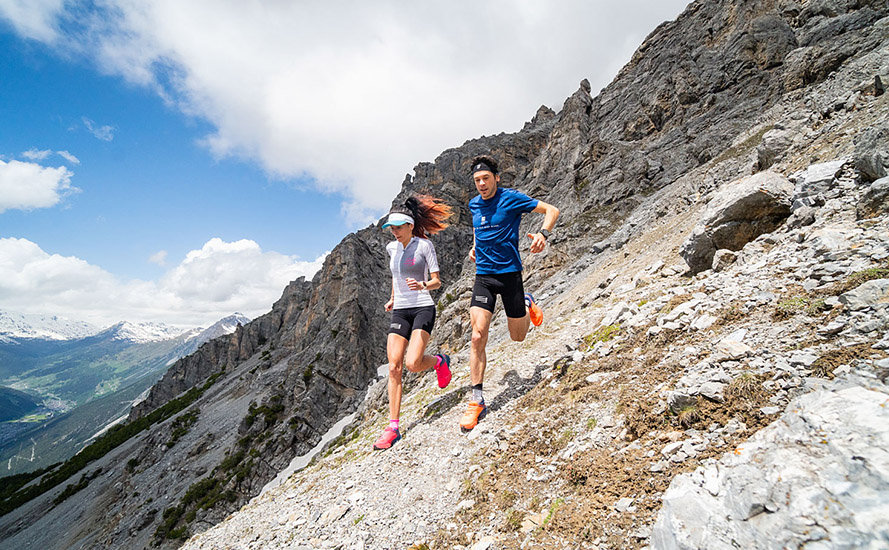 But to tell the story of Bormio’s super athletic couple, we need to rewind for a moment, back to 2003. Marco was 26, Elisa 21. Their paths had already crossed in the Juniors, but the fire was kindled during the national mountain race. She was a promising newcomer. He was already an established star. “We moved in together in Bergamo in 2007, but then we decided to get out of the city and live nearer the mountains”, Marco says.

Since then they’ve achieved quite a lot. They’ve had two daughters, and Elisa recovered magnificently from each birth. And they’ve had to invent a daily schedule that involves each of them training alone, and taking it in turns with the children. On the other hand, they certainly know how to get organised. “When Lidia was born, we were both at key points in our careers”, Marco remembers. “But we still managed to spend a month in Sydney, Australia. I’d go out for a run at seven, then I’d meet Elisa in the park and we’d swap over: she would train and I’d take the pram and do my warm down”.

Obviously there’s healthy competition between the two. The balance works well: Marco has become a kind of mentor/trainer to Elisa, who relies on him for particularly demanding sessions. Once a week they go out with a group of runner friends. But the problems come when there are races. “I often have to ask my friends for help”, says Elisa. Sometimes the girls are looked after by hardworking organisers, who would do anything to allow the couple to compete, including improvising a creche under a gazebo at the finish line. 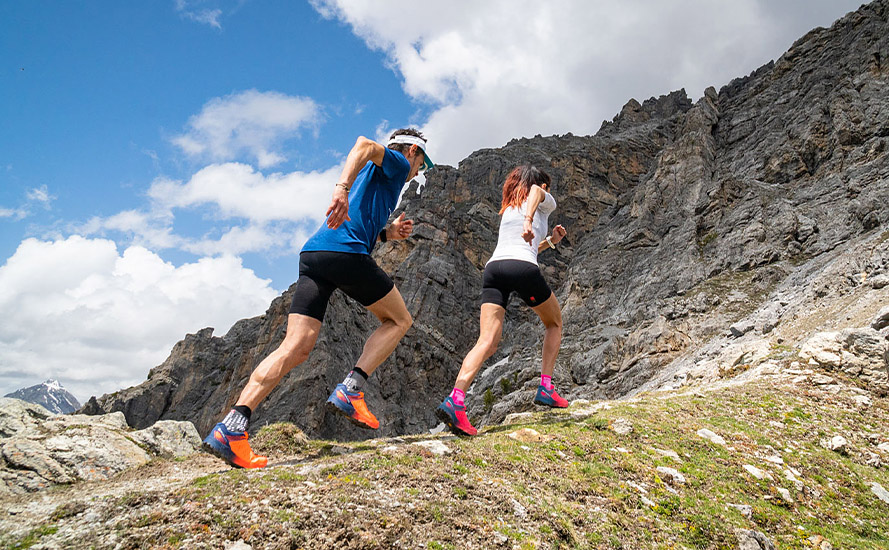 And from time to time there are episodes that seem to be taken straight from a romantic chocolate ad. Like the time they finished hand in hand in the Bolognano-Monte Velo event in Trento province, a national mountain running race with an 11-kilometre climb. It was 2009. “The women started ten minutes before the men”, says Elisa, who had just recovered from an extended groin strain injury. “I’d run my race and was in second place behind Maria Grazia Roberti. A few metres from the finish line I heard Marco calling me; he was leading the men. It was natural that we should finish hand in hand”.

Naturally, they’ve also been together in races that didn’t end so well. Marco remembers the Sierre Zinal in 2016. “We’d both won it previously, and we started with high hopes. But something went wrong, and I realised it wasn’t our day”. From first place, Marco slipped back and Elisa caught up with him. “She was struggling too; she was in sixth or seventh place among the women. She decided to pull out - she was doing worse than me. It wasn’t a great race, but these things happen”.

There are hundreds of stories and anecdotes. About two athletes who support each other, particularly when there’s tension with other runners or with the federation. About how a period of optimum fitness in one can help the other to get back on track for competitions. “Although ultimately everything goes back to our shared love of running and the mountains”, they smile. Lidia and Cecilia watch them, somewhat sceptical. They really do have a lot of kilometres to go before they become heroes like Mummy and Daddy.