The end of a spectacular and successful season for our skimo athletes!

The ski mountaineering season closes with great celebrations and a haul of top-level successes in various categories and specialities. The final stage of the World Cup ended yesterday in Madonna di Campiglio (TN) after a weekend of competition between 15 nations, with Robert Antonioli overall winner in the Individual event with a time of 1:36:06 and Matteo Eydallin taking third place on the podium. 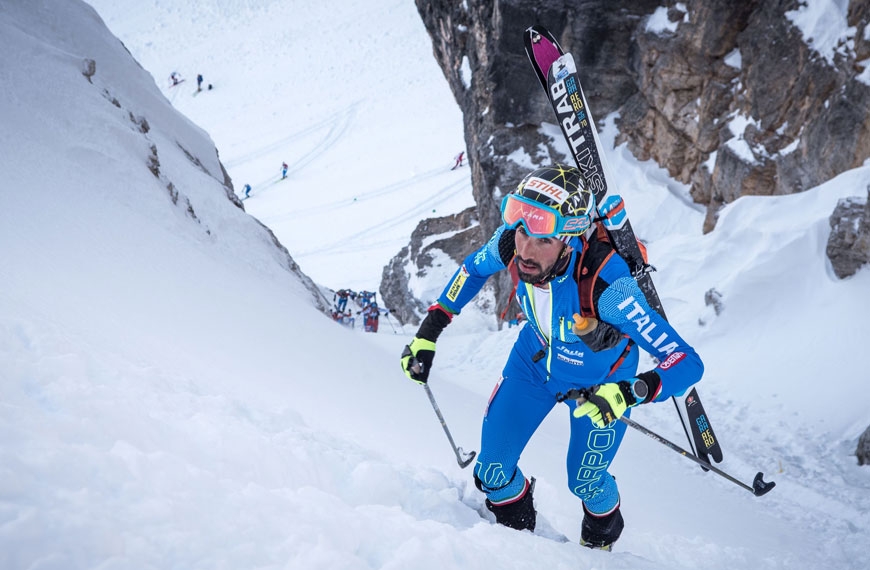 Valtellina skier Antonioli demonstrated unstoppable strength of character and resistance throughout this season’s numerous challenges, both as an individual skialper and in doubles events: crowned European Champion on Etna and winner of the 33rd edition of the Pierra Menta, he finished third at Font Blanca in Andorra and triumphed in the Puy Saint Vincent stage of the World Cup.Overall, Robert Antonioli took second place on the podium for the 2017/2018 general World Cup and is the proud winner of the Individual Speciality Cup.

“It really was a battle to bring home the crystal Individual cup”, said Antonioli after the prize-giving ceremony. “After the penalty on Friday night I got off to a really bad start in the Sprint, but I never doubted I’d make it”. About the location of the stage in Madonna di Campiglio he adds: “Spectacular, a great audience along the route and thanks to the Organisers, who provided a really wonderful World Cup event!” 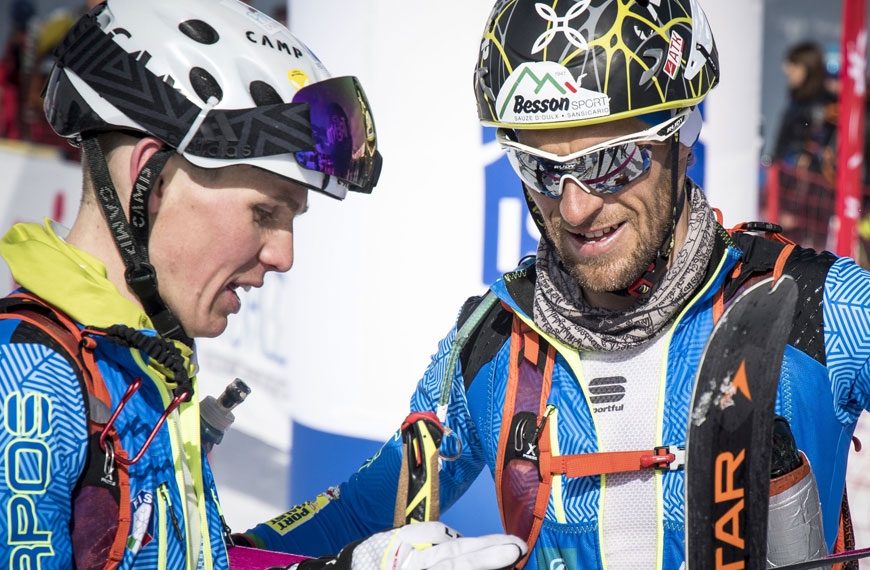 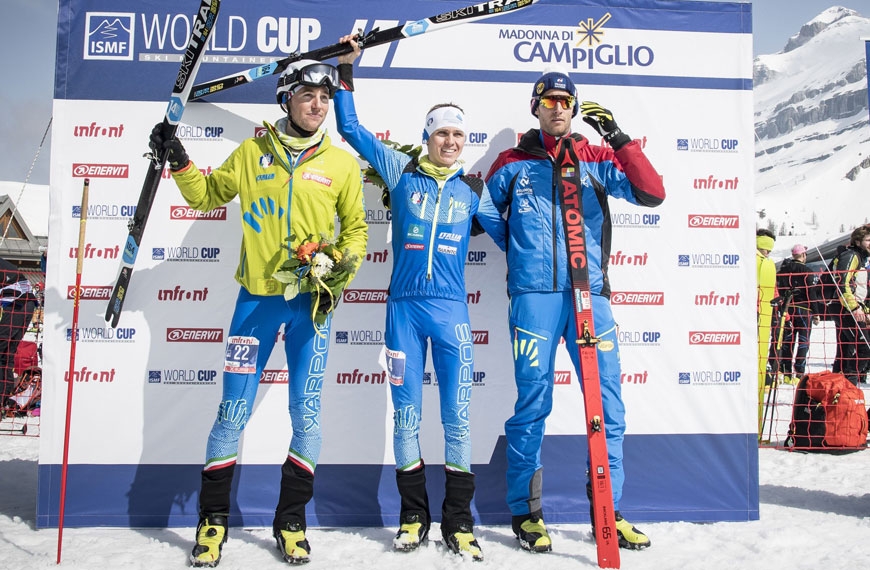 Also in the Espoir category, Valentino Bacca gave an excellent performance in the individual race, finishing second in his category: a result that allowed him to end the Espoir season third in the Overall rankings for this speciality. 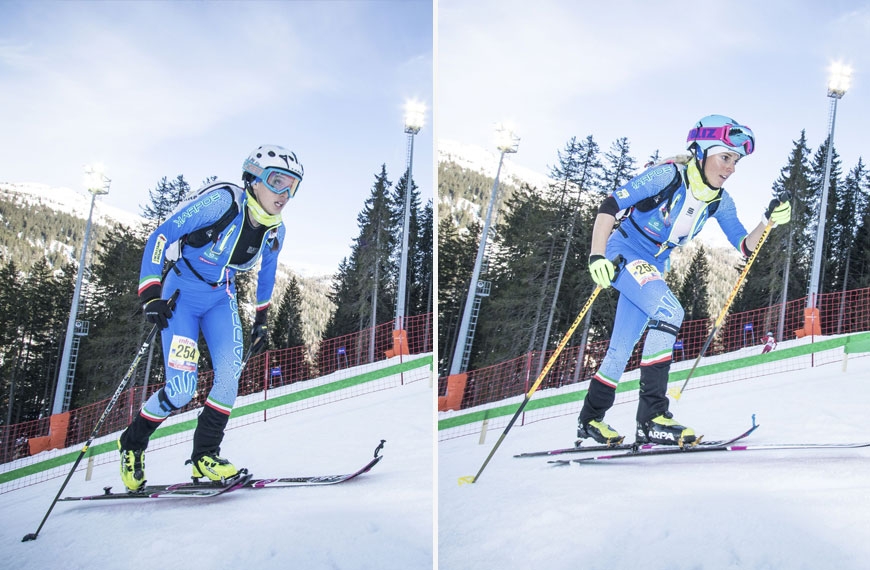 In the women’s section of the skimo team, Giulia Murada - this year’s winner along with Giorgia Felicetti in the Juniores category of the prestigious Pierra Menta - took second place in her category in the Vertical Race at Puy Saint Vincent, ended the Sicily European Championship with a fabulous third place as female Junior, and concluded this weekend with first place in the World Cup Junior Sprint. In the classic Overall Junior rankings, Giulia finishes third in the World Cup and second in both the Vertical and the Sprint. 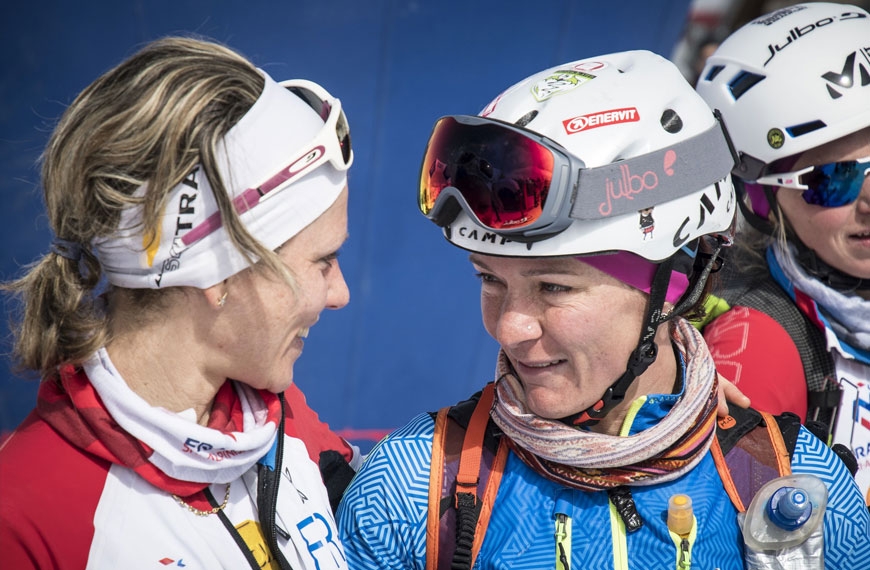 Katia Tomatis, fourth overall in the World Cup Vertical Race at Puy Saint Vincent, took first place on the women’s podium in the Pierra Menta, which she described as “the most wonderful win of my life”. As she awaits her final challenge in the Swiss event La Patrouille des Glaciers, Katia has enjoyed a season in which she came second in the Tour de Rutor and took bronze once again this weekend in the Vertical at Madonna di Campiglio. “It’s probably La Grande Course that’s given me the most satisfaction”, said the Cuneo athlete, who also achieved bronze in the prestigious circuit. “Now for the last push, and then….holidays!”

Our thanks to all the athletes and new champions for their commitment and passion in a memorable season; now it’s time to celebrate!