Check out this incredible bunch of guys!

Established in 1985, the STIHL® TIMBERSPORTS® Series assembles the world's top lumberjack athletes to compete in the Original Extreme Sport. The Series is seen by over 20 million viewers annually in over 62 countries around the world on networks like ABC, Eurosport, The Outdoor Channel and the ESPN networks, where it is now recognized as the second longest running show behind only 'SportsCenter'.
Athletes compete in a variety of disciplines based on traditional logging skills to determine the best all-around lumberjack. Disciplines include Hot Saw, Single Buck, Springboard Chop, Standing Block Chop, Stock Saw and Underhand Chop. 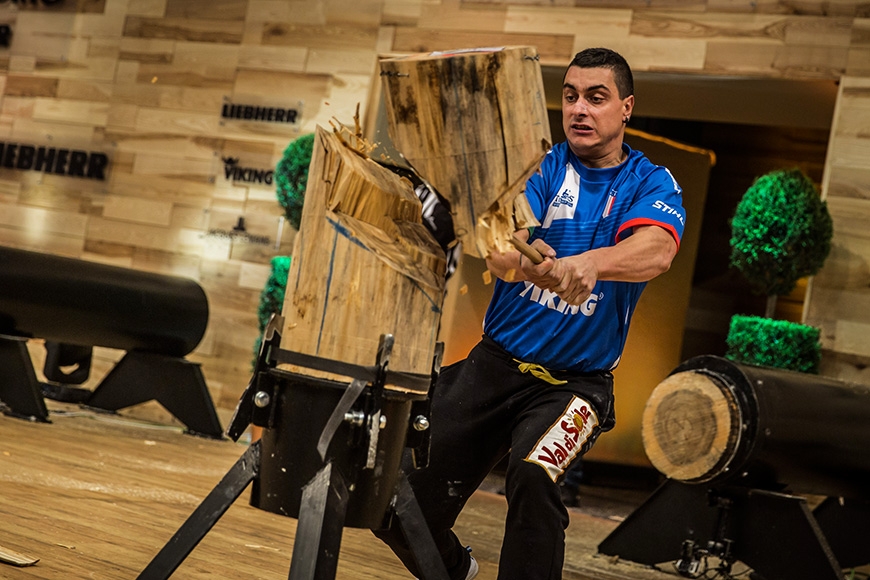 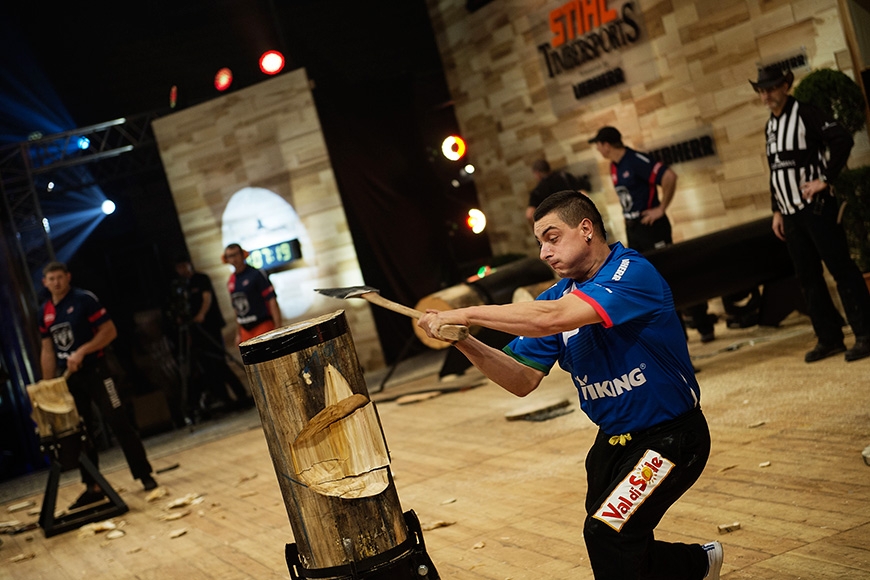 There are 6 different disciplines:
Hot Saw
In this discipline, the competitor uses a customized chainsaw with a modified engine, usually taken from a personal watercraft or snowmobile. 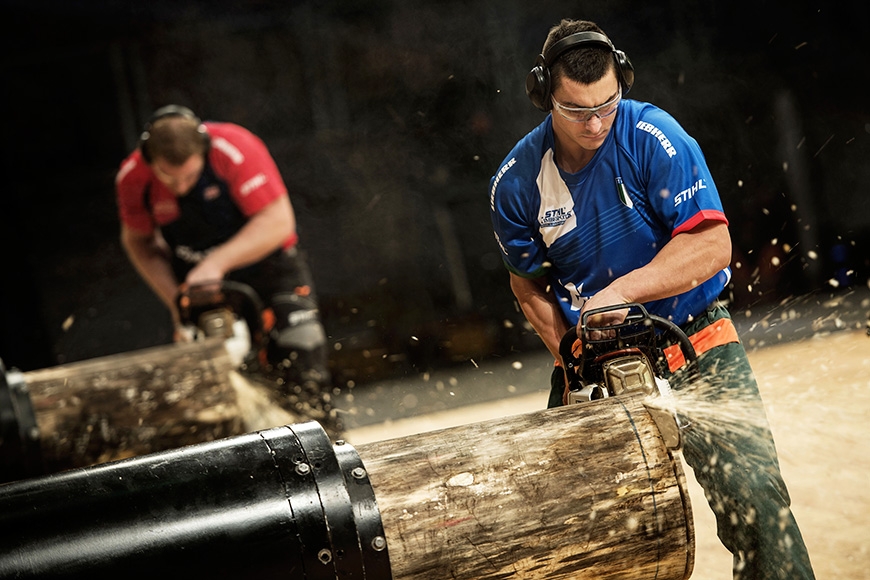 Single Buck
The competitor makes one cut through 19 inches of white pine using a single man cross-cut saw. The competitor may have a helper wedge his cut into the log to prevent the saw teeth from sticking. 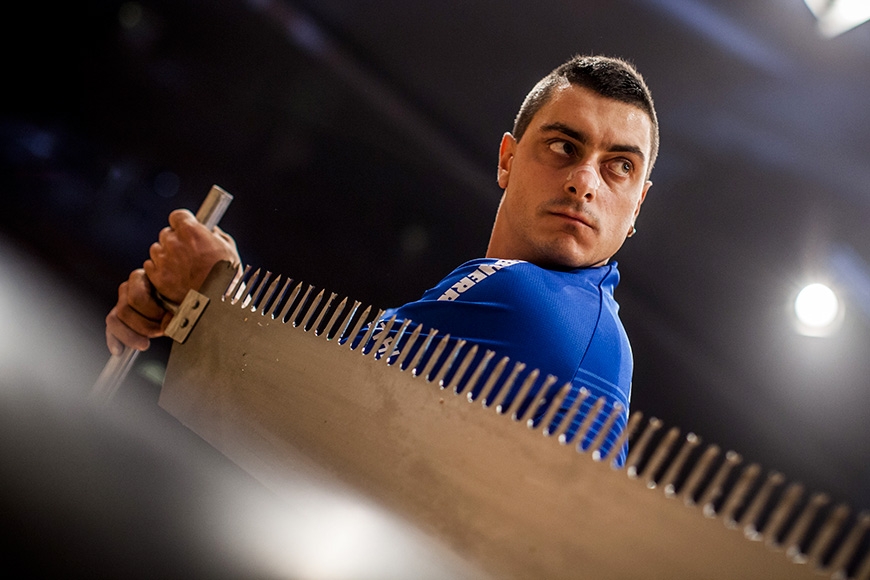 Standing Block Chop
Mimicking the felling of a tree, the competitor races to chop through 12 to 14 inches of vertical white pine.
Stock Saw
The stock saw discipline is a true test of operator ability. The competitor uses an MS 660 STIHL Magnum® chainsaw and begins with both hands on the log and the chainsaw idling on the deck. 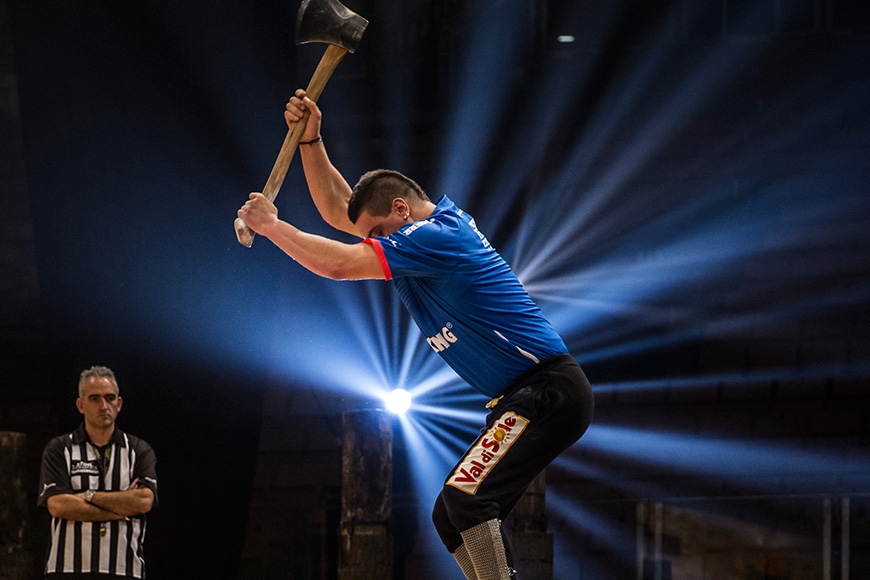 Underhand Chop
The competitor stands with feet apart on a 12- to 14-inch white pine log. At the signal, he begins to chop through the log with his racing axe.

Springboard Chop
A discipline based on the need for old-time loggers to establish a cutting platform above the massive root bases of old growth trees, the competitor uses an axe to chop pockets into a 9-foot poplar pole and then place 6-inch wide springboard platforms into the pockets. 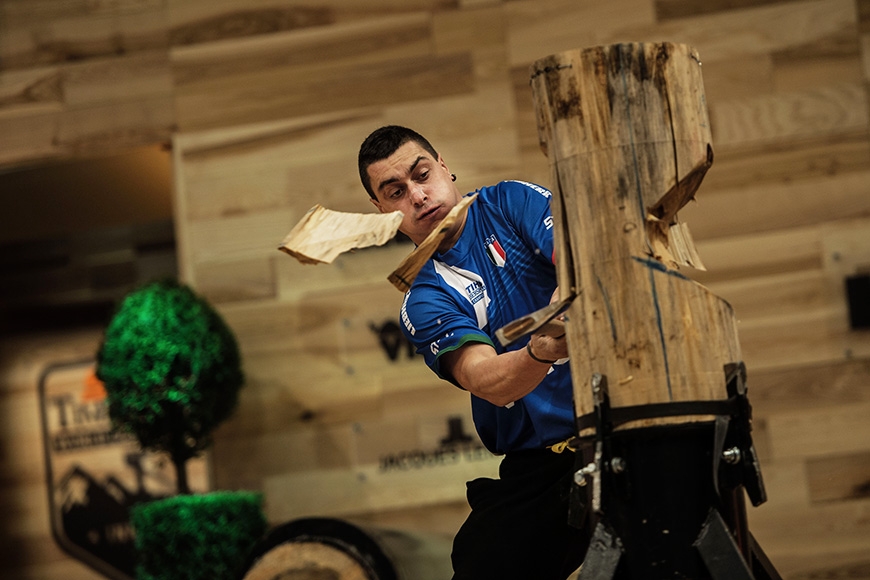 The Italian Team is going to join the competition at the World Championship, on November 13th and 14th in Poznan, Poland. During this event, over 100 athletes from more than 20 nations, will battle in front of nearly 7,000 spectators and try to be the best on this incredible sport.
The Italian Team decided to rely in SCARPA's CRUX to face the most important event of the year.
Good luck guys! 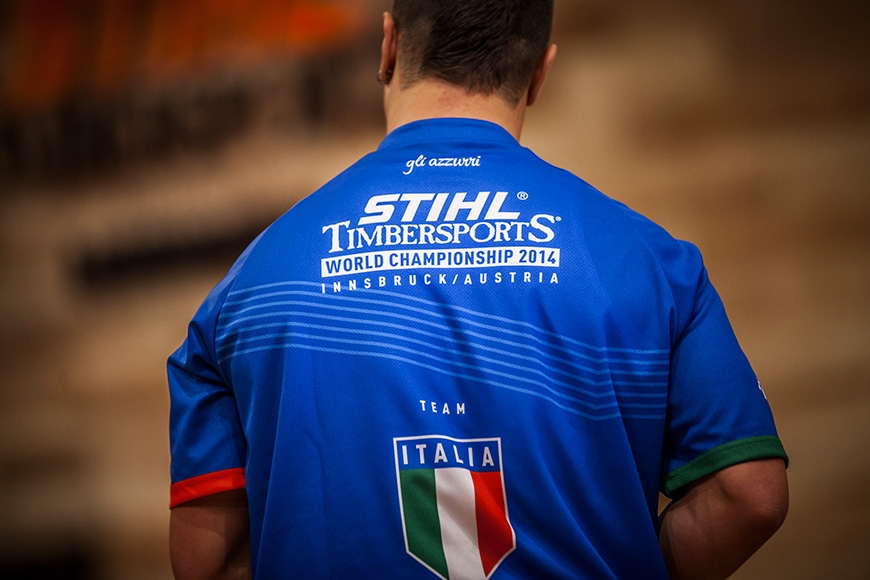