“I am only going to take him on a light touring adventure,” I said to myself. You, me and group of my friends, skiers, snowboarders, mountain bikers went to Kredarica hut, nested about 300m below the highest peak of Slovenia. Snow starts above 2000m and the backpack to carry for almost 2 hours to first snow is very heavy. After Prgarca hut, everything gets easier. We get along quickly. You are responding well to all of my movements and I feel no tension or resistance from you.

A couple of hours get by quickly. It’s already dark and I am not paying attention to any exposure or wind. I am just carrying on. Step by step. There is ice on some part of the Kalvarija, but the skin’s grip is fine. At Kredarica one of my dear friends Marko's excitement of his achievement reminds me of my first time here. I was 8. With my mother, the climb was very stressful. She was panicking for every step I made, for every piton I grabbed, yet we were standing on top of Triglav in the middle of the day of July 1994. Like you now. It’s your first experience. It’s hard to show some emotions if you don’t yet understand the deeper meaning of it. This adventure is in front of you, this whole life is in front of you. Let’s carry on with the story.

After digging out all of our money from the pockets, we managed to pay for dinner. Jota (traditional cabbage stew) with Carniola sausage and some bread. Early sleep and there it is. The next morning. It supposed to be clear so I put on two layers less than I usually do. said Davo to me the first time we went ski touring together. Davo has been my inspiration. Not in the young ages, but when I have learned more about him and ski mountaineering. Skiing brought us together and luckily I carry some of his legacy, some of his stories and some of his experiences. 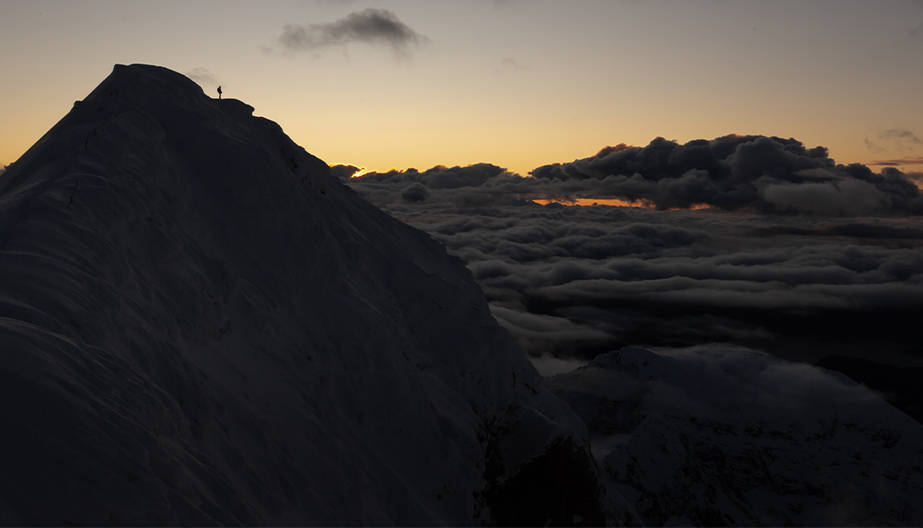 “You have to feel cold, when you start climbing”

As an active mountain skier, Davo was a member of the Yugoslavian national mountain ski team between 1975 and 1982. An alpinist since 1980, he climbed in 1989 to Nanga Parbat in Pakistan and in 1993 to K2, which borders Pakistan and The Peoples Republic of China. In 1995 he made his first ski descent from Annapurna in Nepal and in 1996 he made a ski descent from Shishapangma in Tibet. By 2010 he had accomplished over 1,500 mountain climbs and ski descents. He was the first person to make a complete ski descent from the Seven Summits, less than one month after the first person Kit DesLauriers (a woman), skied from the top of all of the seven summits, but did not accomplish complete descents on Everest and Denali. 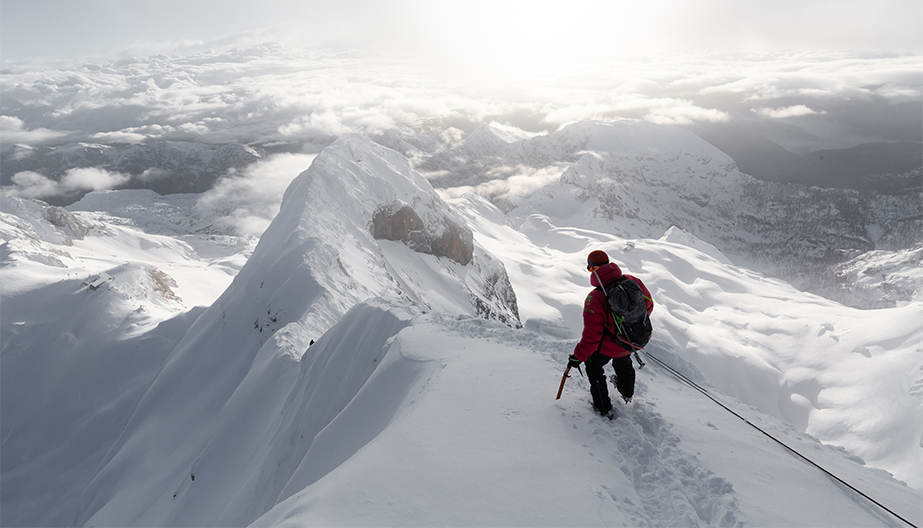 Davo was only 38 years old when he became the first person to ski down from the summit of the highest mountain in the world Mount Everest, on October 7, 2000.

The other significant peaks he skied from include the north-east face of Eiger and the east face of Matterhorn in Switzerland and Mont Blanc, the highest peak in Alps in the border between Italy and France. In February 2001, he guided the first ski school for Nepalese children on the Khumbu Glacier in Nepal. 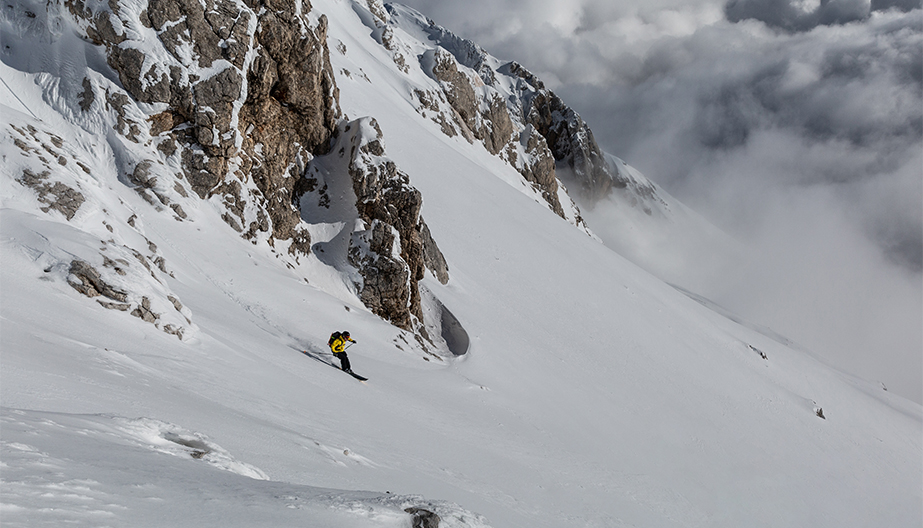 Skiing from "The Big-One" of the Julian Alps is not something you would do every day.

And off we go. Leading the pack of the sunrise hungry adventurers. The first traverse to Mali Triglav is exposed. I trust myself and I trust my gear. First slope hanging over the cliff towards Planika bowl is filled with fresh snow. Stability is questionable. I make a hand-shear test and prove to myself it’s safe to carry on. I don’t turn right to Mali Triglav but continue to icy rocks above the second slope and play with my axe and crampons a little. Training your mind and preparing it for exposure is as important as it is to train your body. “Pfoof” I exhale a couple of times in the crux of a short pitch.

Reaching the ridge between Mali and Veliki Triglav around 6:45, just before the sunrise on 29th. of November with more than 3 meters of snow. “Haha” I chuckle to myself. “Who am I to deserve this”. I turn back and see the lights of other mountaineers quite far back. There is no need to rush. I am cleaning the snow and ice off the steel wire, that was put there to protect mountaineers from falling 200/300m to a Triglav glacier, which is disappearing with every electric car this society builds. We are ambassadors of nature and mountains, yet it is so hard not to follow the consumption and production of the modern industry. With that thought, we reach the top. After descent, we played around Kredarica on our skis later continued to the valley of Krma.

 “The World breaks everyone and afterwards many are strong at the broken places.” Ernest Hemingway – Farewell to Arms

Besides mt. Triglav I want to reveal you this tiny, yet spectacular place just on the border with Italy. So much blood has been spilt in the valley of Soča in times of WW1. More than 300 000 people lost lives in battles for Isonzo for nothing. My grandfather was a Partizan (national guerilla army in WW2 ) and some of those men fought in these mountains. In those time there was no pleasure, but pure suffering.

We are free now and the connection between Italy and Slovenia is something we are taking advantage of to ease the pain of long approach to Uršič pass on Italian side or Kaminski Podi under Visoki Kanin. There is a hole in the mountain. As if somebody wanted to shoot Prestreljenik in the heart. Italian northern slopes or Slovenian south faces. Depending on conditions, temperatures and snow you will find good turns also on the ridge of Sella Nevea or under the hut of Peter Skalar. But you need to be agile as you are. The performance here matters and that is what I like about you.

From “Pecorelle” you can ski both ways.

Quote: “So, my dear Maestrale. Words are nothing without actions backing them. I am going to eat, train, work and rest. Until we venture again!”

THE GOAL IS ALWAYS THE SAME: TO REACH THE HIGHEST PEAK