The voice of Naoe, Lost Arrow founder, distributor in Japan is clear and strong

Which is the most important thing that you remind in the relationship with SCARPA®?
I prefer the human relationship or friendship beyond the business. Because business is always business.  Human is always unique and diverse. After many years, ten or twenty years working together, we could weave a kind of a friendship or partnership, just same as a climbing partner on the mountains or crags sharing the times with rope for many years. SCARPA® Team, Sandro, Davide, Cristina, the boots designers, the marketing dept. and craftsmen in the factory are friends. The time create this kind of human relationship, not just for business relationship.
There are much precious time in the human relationship than business. I specially savor the taste while we spend very hard time to discuss or we are under the high pressure of business each other, then finally friendship could solve the problem or release the tense.

When do you started to work in the Outdoor World?
I translated Yvon Chouinard book, Climbing Ice 1979 to Japanese. Then, I spent one month with Chouinard family in Tetons climbing together with Yvon and also worked in Chouinard Equipment in Ventura one-two months in the summer1981. When I visited Yvon again during Thanksgiving day in 1982 after the first ascent of K2 from north ridge, he asked me to distribute Chouinard Equipment in Japan. But I answered him I could not accept because I had an expedition plan to go to SW face of Everest with alpine style. Then next day, when I would leave from Ventura, Yvon asked me one more time to be distributor.  In Japan or in China if someone ask something three times, we should respect the offer and think more seriously to accept it. Yvon asked me twice, so I accepted his offer because I respect him and it was enough for me two times.. It became the real Thanksgiving day for me from Yvon Chouinard. I always appreciate his wonderful gift on 1982.

As a mountaineer what is the most impressive mountain in your opinion
There are several impressive, memorable, unforgettable mountains in my life. If I should choose just one mountain, it may be K2. It was the first expedition from the Chinese side since 1930’s. Japanese National Team got the first permit because of ten years anniversary of normalization of diplomatic relations between Japan and China. I was lucky enough to reach the summit of K2 as the first man from Chinese side without oxygen, but on the way back to the final camp, my partner had fallen and died after the long, cold, open bivouac together with me at 8,350m. Mr.Wan Lie, Vice president of China, the chairman of Congress celebrated our success and my summit in Beijing.  He is a real brave man to protest against Tiananmen affair and surviving as a leader of China, and great gentleman. So it’s the most impressive mountain for me for special reasons and meanings. 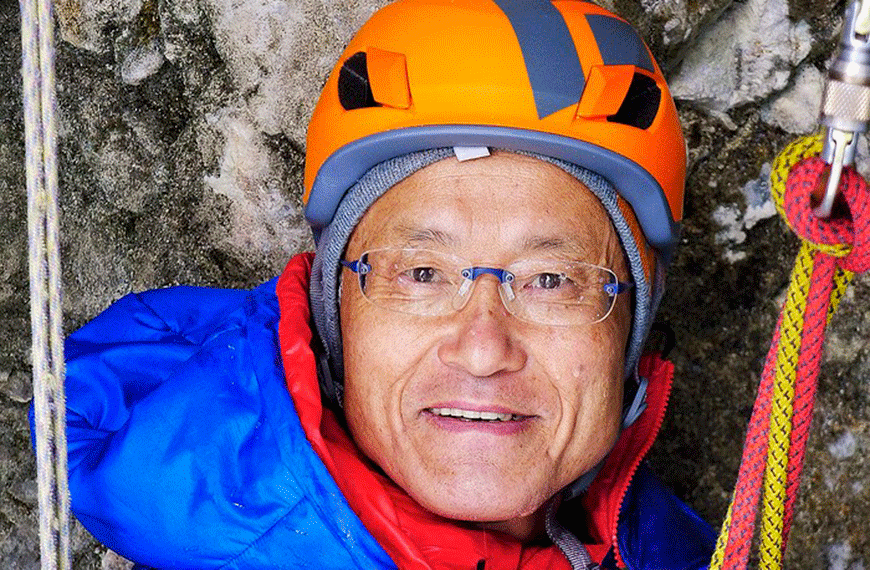 Do you like live in a city?
I like city and city life. But most of the cases the life in the city means to continue city life. On the mountains we sometimes experience the real life between the normal life and the edge of the life. Under the good condition on the mountains, we can live as the similar quality of the city life, but sometime the conditions are getting harder, then we should struggle with it to survive. When we realize the danger or risk of life, we can be much more conscious of the real life. It is natural and exciting for human to taste the real life. For the peoples living in city, the purpose of life may be to reach their satisfaction. After having some rich experiences on the mountains, the life appears as multi faces in front of us. So, I like many faces of life rather than the single face of city life. 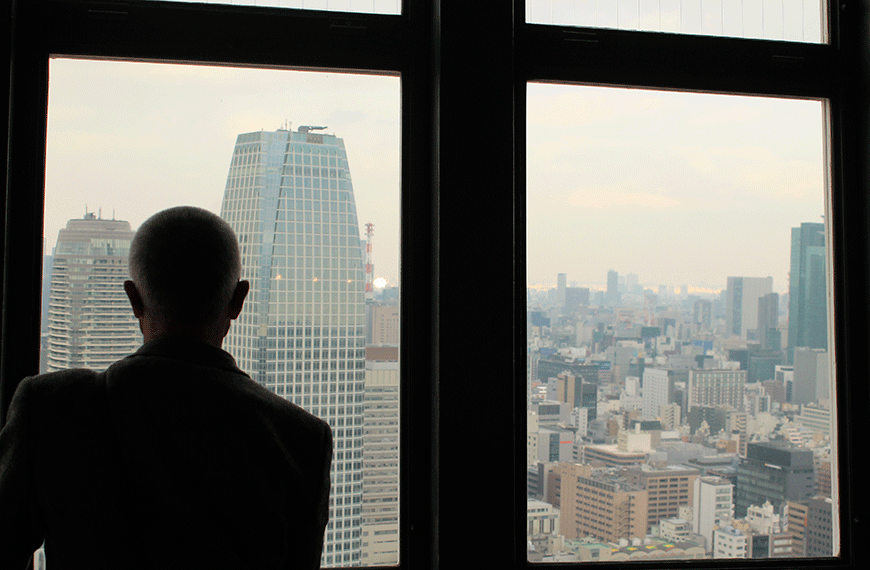 Have you ever climbed in the Alps?
Yes, but only 3 times for Alpine climbing, first was end of October 1978 on Dru west face American direct, just after Russian speed climbing competition in Yalta.  Beautiful granite and great view of Grand Jorasses from the summit.
Second time was 1994, on Eiger north face in March. Eiger North Face is a big face and big name, but technically not so hard. So I chose a young partner who had just two years of climbing experience, but strong young man. We had experienced quite serious condition like no ice on the wall and fresh snow on God Traverse, spindrift avalanche from White Spider, the pressure of moving White Spider. So, we enjoyed the full condition of Eiger North Face.
The last one was Matterhorn north face in winter1997. I should go to winter OR show in Reno USA and ISPO show in Munich Germany and there are four days between two trade shows.  So we planned to go to Matterhorn with Bruch Normand who was teaching Physics at Zurich University at that time, however, I caught the flu and high fever over 40°C in Tokyo before leaving for USA. Therefore, I informed my bad condition and asked to postpone our trip to Bruce. I flew to US and spent four days for trade show. Then I flew to Zurich and met with Bruce at the airport.  I feel I was very weak but body temperature came down…he pushed me hard to go to Matterhorn, I could not refuse his push...

Anyway, it was fine weather but very cold, and no ice, no hard snow on the wall but fresh snow on it.  We were very slow to climb, one reason was no ice and fresh snow on the face, the other was my poor physical condition. One of my Swiss friends told me that “You are stupid, you should climb it with good condition, it is much faster and much safer”. I completely agreed with his opinion that I was 50 years old experienced climber but I was stupid. I told to my partner, Bruce who graduated from Cambridge and could teach Physics in English, Scottish, French, Spanish, Russian, Japanese, and Chinese, “Hey Bruce, you are stupid, too”. We had only four days between two trade shows and no time to wait for good condition, and the Scottish and the Japanese are both used to enjoyed mountains with full condition though.  When we met again in Tokyo last January 2016, we once again agreed that we were so stupid.

What is your feeling working so many years with an Italian brand?
We were lucky to be distributor for SCARPA®. I knew SCARPA® since 1985. I visited at the old factory with Yvon Chouinard and Kris McDavid. Francesco and Luigi welcomed us, and introducing the factory and their houses and we had great time. Francesco and Luigi (Parisotto, the founders, ndr.) worked really hard on these days. And SCARPA® has already established as a great boot manufacture at that time. After the death of Mr Konishi on Manaslu, who is a former distributor in Japan and the expedition leader of Jannu north face and Kanchenjunga north face, I made first ascents of both mountains, we discussed about the future SCARPA® business in Japan with Sandro and Davide. Because Black Diamond was a US distributor for SCARPA® and I was a board member and distributor of Black Diamond at that time. I know SCARPA® for many years and I know Mr.Konishi for many years, there was a good network. I feel the tradition and artisan of SCARPA® established by old generations and appreciate the modern technology created by young generations while I use SCARPA® shoes and boots in the field. The mixture of this feeling and appreciation is a kind of gift to the man who work with SCARPA® for many years. 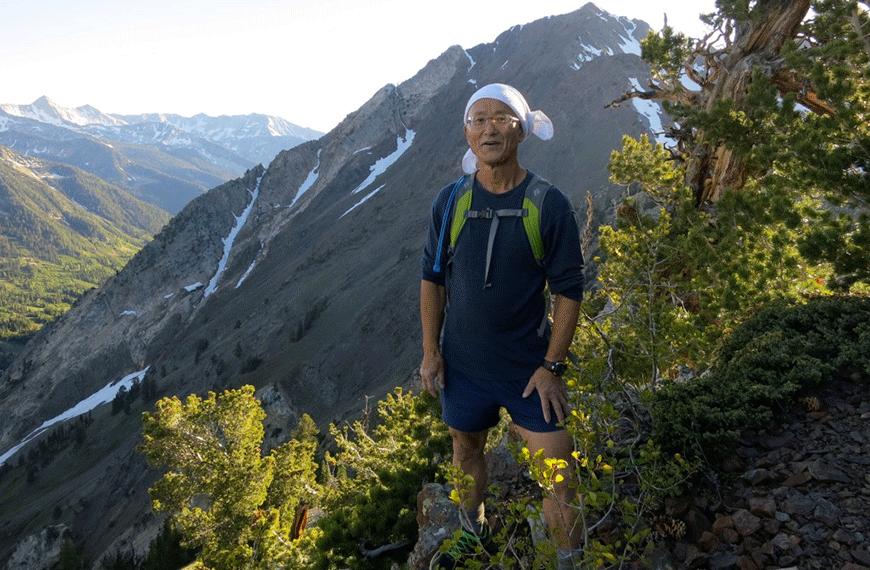 What about Lost Arrow today
When I started my Company 33 years ago, I was alone, no employee of course. Since I used to work at Japanese electronics Company as an international sales to export the products to USA, Swiss and Germany, I had enough knowledge about the international trade. So, there is no barrier to jump into this business working for Chouinard equipment distributor. I imported climbing gear, decided the retail/wholesale price as half price than old distributor prices, and delivered to the climbing shops by bicycle with my climbing pack. I could deliver them within 30-40 minutes after receiving the order by phone to the most of shops in Tokyo. My logistic technology was much advanced and much faster than Amazon logistic today.
Anyway, on these days I was working only to live and to climb. That means that climbing is important as same as food and I did not consider much about the business in these days.  My business naturally grew without any special effort. So I hired a secretary, then a few sales man gradually, they are all climbers. The growth of Lost Arrow fully depends on our customers, dealers, wonderful vendors like SCARPA®, and our employees. We are 40 plus peoples, 70% of them are climber to distribute Black Diamond, Osprey, Smartwool, Beal, Metolius, Western mountaineering, Fritschi, E Grips, Verve together with SCARPA®. They work, live, and climb. We moved out from Tokyo 28 years ago and based in the North West from Tokyo. Our office and warehouse is very humble ones and close to the mountains, climbing areas, ski area and close enough to Tokyo. They have important 3C factors, Cheap rental cost, Convenient and Comfortable place to go climbing and skiing.

What do you think about SCARPA®?
SCARPA® is managed and run by very talented peoples. They create great new products almost every year. They are good idea, function, style but also great colors and refinement. I enjoy  products and SCARPA® people. They are excellent.
Oh, I forgot one thing, Italian food to eat with SCARPA® peoples is very good, too! 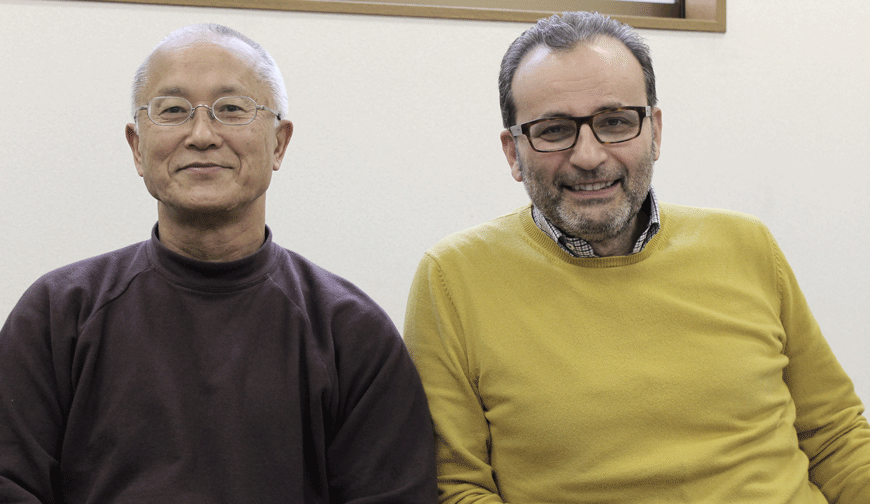