A tale of two days of climbing, fun and participation

Two days with the best names in climbing, from the 80s to nowadays

40 athletes from all over the world, including Heinz Mariacher, met up with the SCARPA team to spend a couple of days together and to experience and share the true passion for a sport that might not even be strictly defined as such. Climbing is actually a lifestyle choice, a way to take on the world, problems and success.

So here we were, far from the competitions, expectations and results. We set up a tented camp under a late-August blazing sun and welcomed our athletes the way we would welcome dear friends. We relaxed for a while before preparing our equipment. We had everything we needed: shoes, ropes, chalk bags, harnesses, water and a desire to be together.

It’s not easy to describe the emotion one feels when seeing so many top-notch athletes gathered in one place, climbing together and belaying, laughing, falling down and getting up to try again – without any expectations or sense of competition. The desire here was to share a passion, a sport, like members of one big family.

Paolo Grisa, the journalist for Outdoor Magazine, tells us about his experience at the first SCARPA climbing meeting.

Imagine this. Just think about it: an interview with a Nobel Prize winner who also happened to be your climbing idol back in the 1970s (and whose most famous route you had just climbed two weeks before). Add the possibility to interview the world’s best crack climber to the mix and then slap on the pure joy of watching the finest climbers of our time challenging one another along the most time-honoured sport climbing competition in the world… not to mention the icing on the cake – spending a Sunday on a beautiful mountain route on the slopes of Brenta’s amazing Dolomites. One thing’s for sure. The emotional impact was colossal. This was not just another “mellow” weekend for me.

But the beginning of the week that was in store for me (although I had no way of knowing it at the time) was definitely going to be excellent. 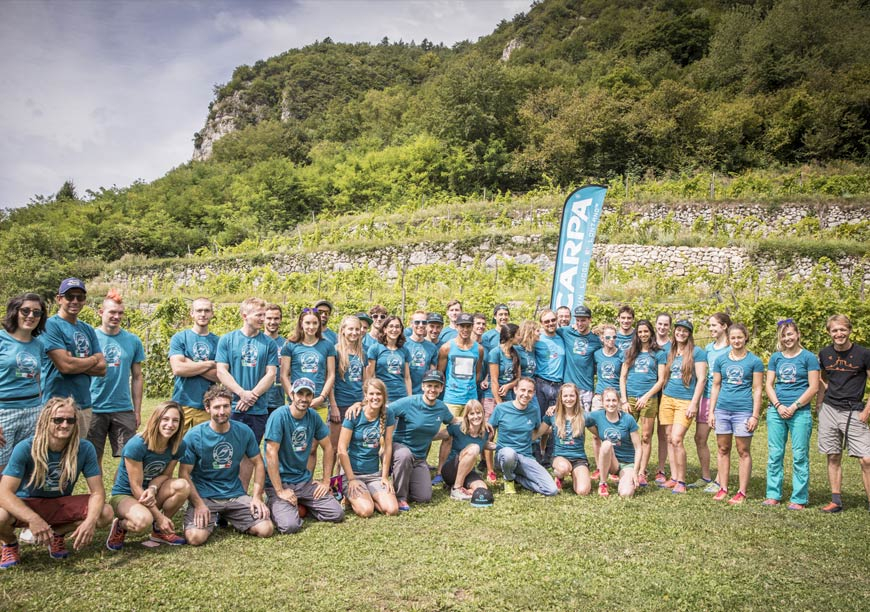 Scarpa was offering me, a journalist and clumsy paleo-mountaineer eternally stuck (maybe fastened sounds better!) at Grades V1+ and A0, the opportunity to participate in what I later found out was the brand’s very first team climbing meeting.

In other words, they were giving me the chance to get to know and, above all, get to see some of today’s greatest climbers in the world do some climbing. (Of course, I would be watching them from below because they were all way out of my league!) Not everyone was still competing at high levels, though. There were special guests there like the renowned Christian Brenna, the famous 1990s on stage champion and cliff climber. The man’s feats at Cornalba (not far from where I live) made history, especially his ascent up “Les Sindacalistes”. His experience as a mountaineer and mountain guide makes him a valuable member of the Fiamme Gialle (the sport section of the Italian police force) and now it’s his turn to “pass the rope” to the champions during their performances at Rock Master events. Another special guest was the great climber/ice climber Attilio Munari, the man who tracks the calendar for the UIAA Ice World Cup. Last, but far from least, there was the legendary product manager of the climbing shoes line Heinz Maraicher, whose ongoing accomplishments as a climber since the 1980s have made him somewhat of a myth. 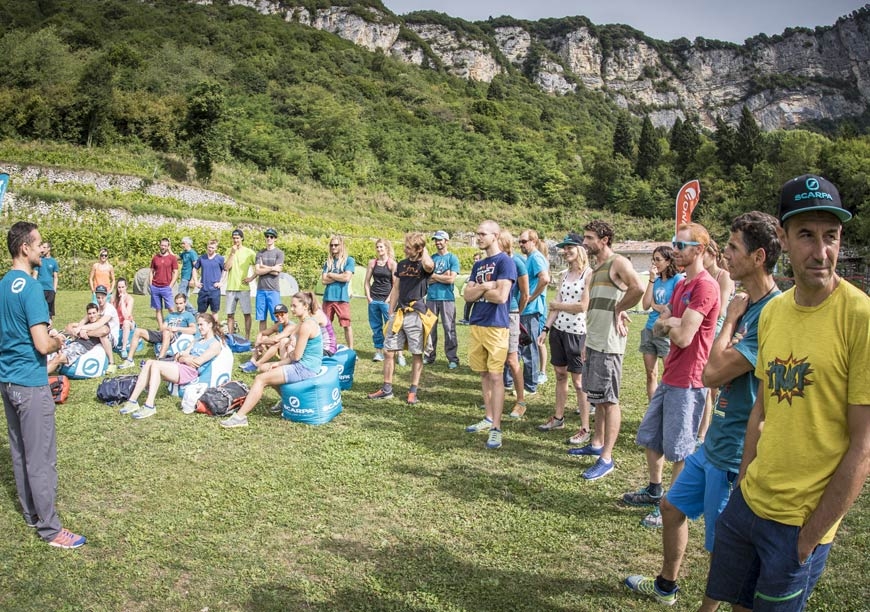 When the young members of the team speak with him, you can tell they see him as an authentic “giant”. The discipline they are now practicing and expressing themselves at world-levels began with him. And yet they’re joking around and chatting as if they were the same age – that’s the proof that climbing possesses the extraordinary ability to erase all distances and gaps. Geographical, linguistic and, most importantly, generational.

When you think of the climbing team you get an image of 10-12 kids…but there were about 40 of us at this event (and some couldn’t make it) where many different languages were spoken. The marketing and communication team did an outstanding job putting together such a large and assorted group of athletes. 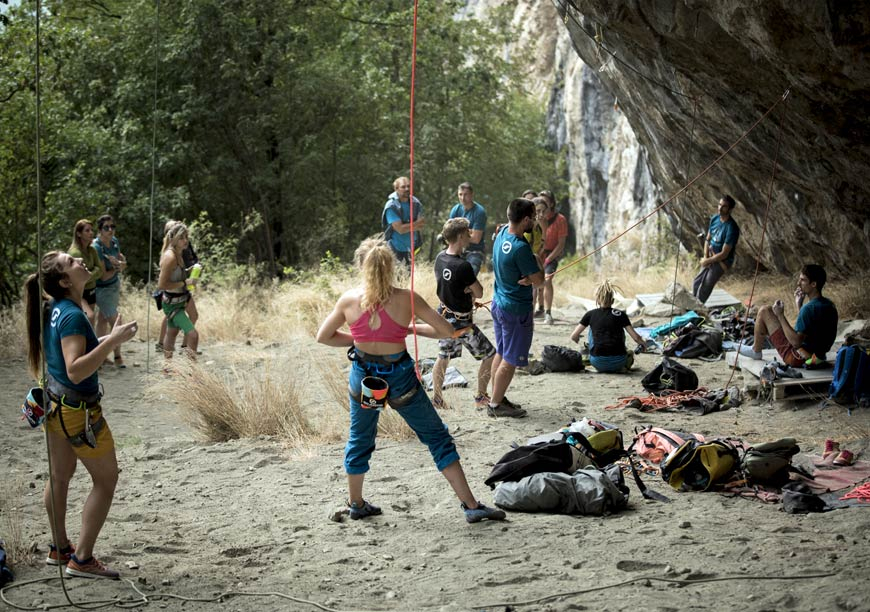 Two days of some serious climbing (for some of us, at least), the goal for both days was just to take some of the edge off and climb those gorgeous cliffs. I repeat, only if the participants really felt like it. There was absolutely no pressure to bring in “big results at all costs”.

The atmosphere was fantastic during those two days. It reminded me a little of a class field trip since many of the participants were really young (some are still finishing up their studies) and yet they were really concentrated on their training. 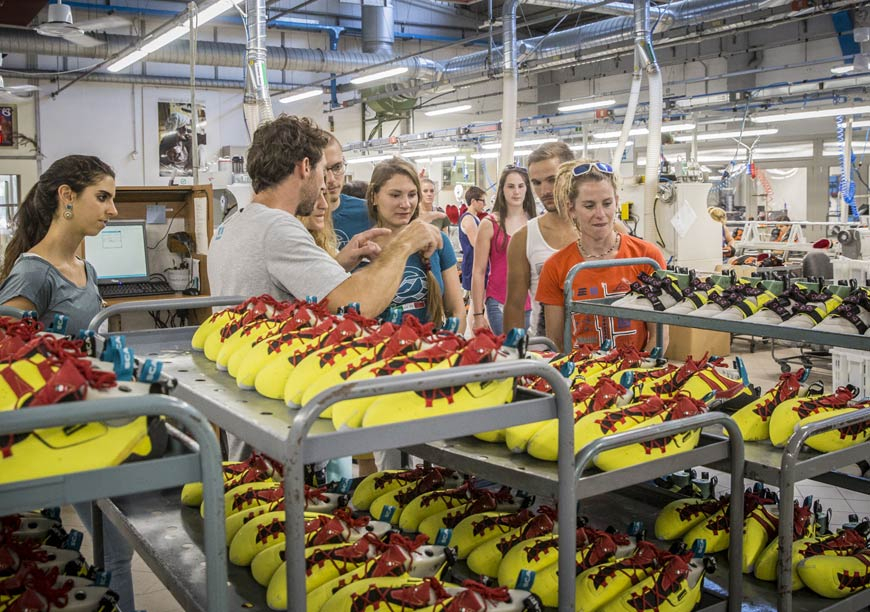 While I was here, I fully realized how much progress sport climbing has actually made. It has become an athletic discipline in and of itself where athletes make sacrifices and choose their own lifestyles while pursuing the kinds of dreams that were impossible just a few years ago. Here they are. About to cross a threshold with the name Tokyo 2020 on it! We were all sitting at a table with young girls who were barely 18 years old, listening to them talk about their best nights celebrating after a stage of the World Cup or European Champions out and about Europe (some had even travelled around the world) with affirmed champions from an earlier generation with a long career to their name like the astonishing Gabriele Moroni, the only one to close up the toughest pitch of the day. The kids also discussed how difficult it is to juggle competitive sports, studying and their desire to live a “normal” adolescence – including those moments they need to just relax and have a good time. This meeting offered them plenty of free time to have fun: beach volleyball games, laughing during the rainstorms that hit the cliff (fortunately for them, the cliff was really, really overhanging!) and then dancing to the music of a live band until late at night. 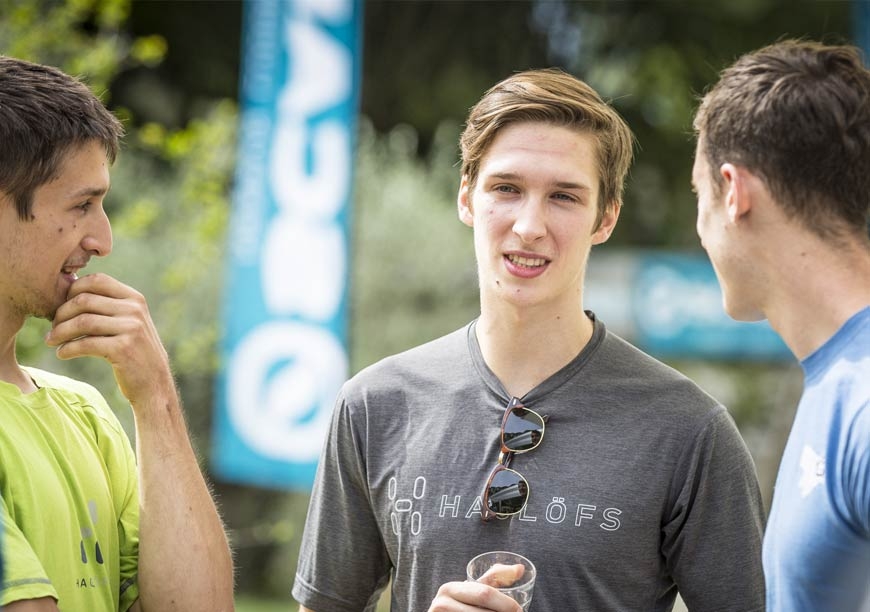 There are still many things I would like to write about this meeting: the fantastic opportunity we were offered to tour the plant where the brilliant ideas of Heinz and the R&D team are created - piece and after piece… but more than anything else, I took home the desire to try my hand over and over again at this magnificent and ever-changing activity known as climbing. Just like these amazing kids do every single day. 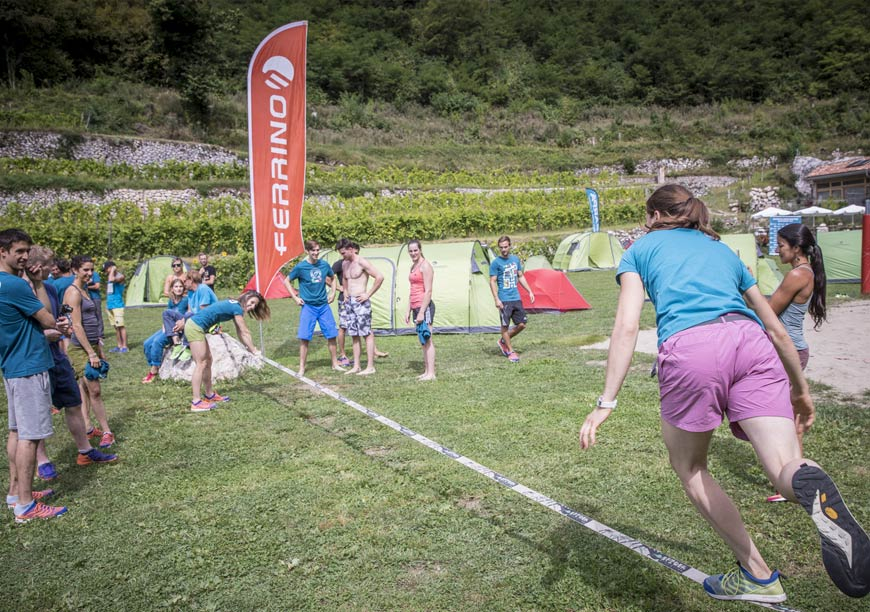 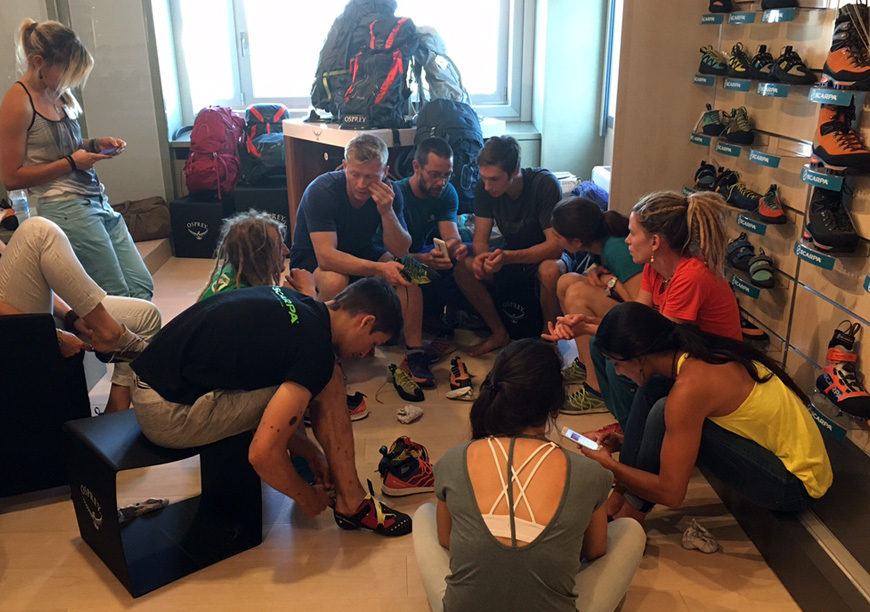 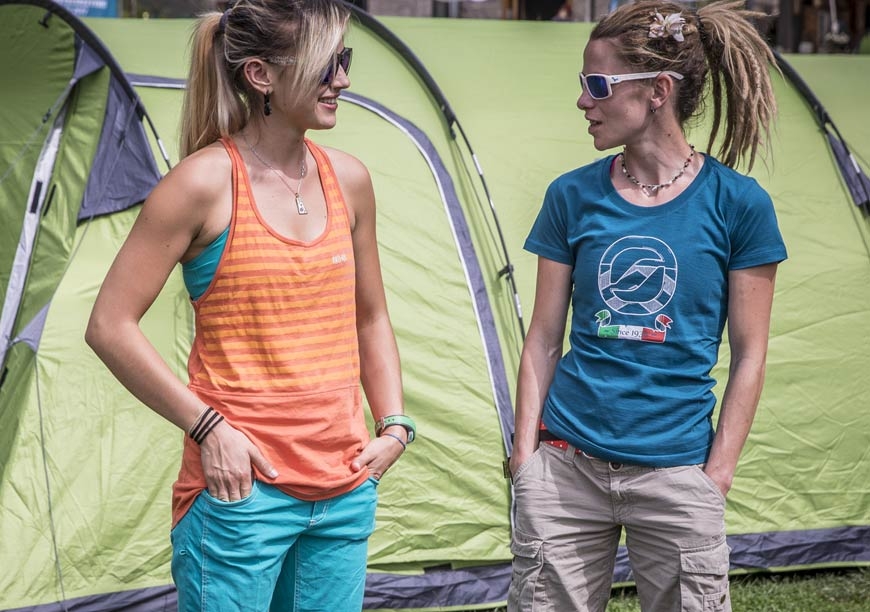 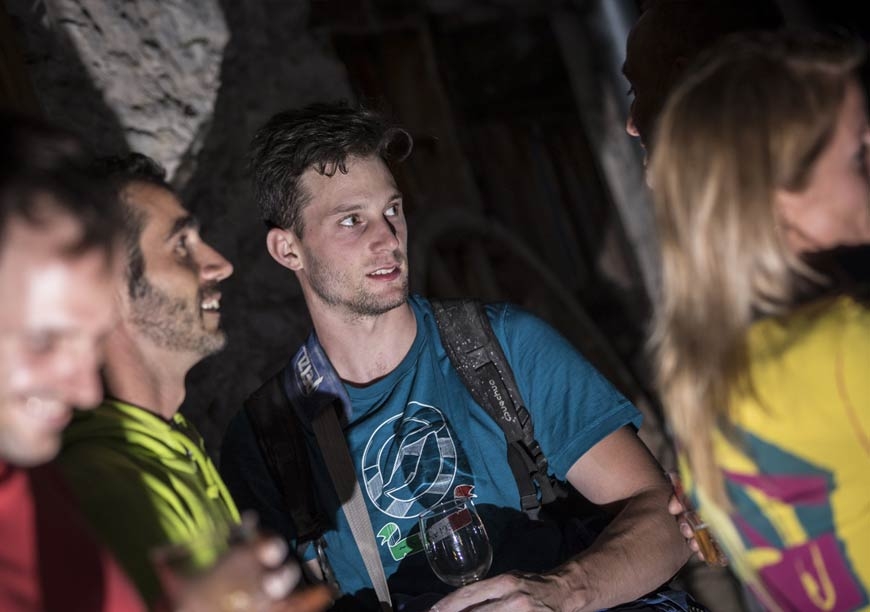 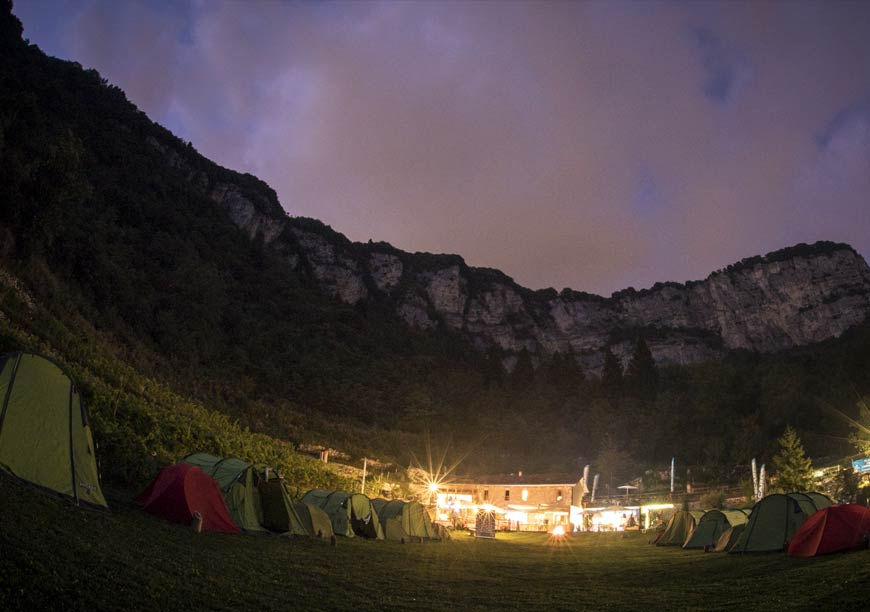 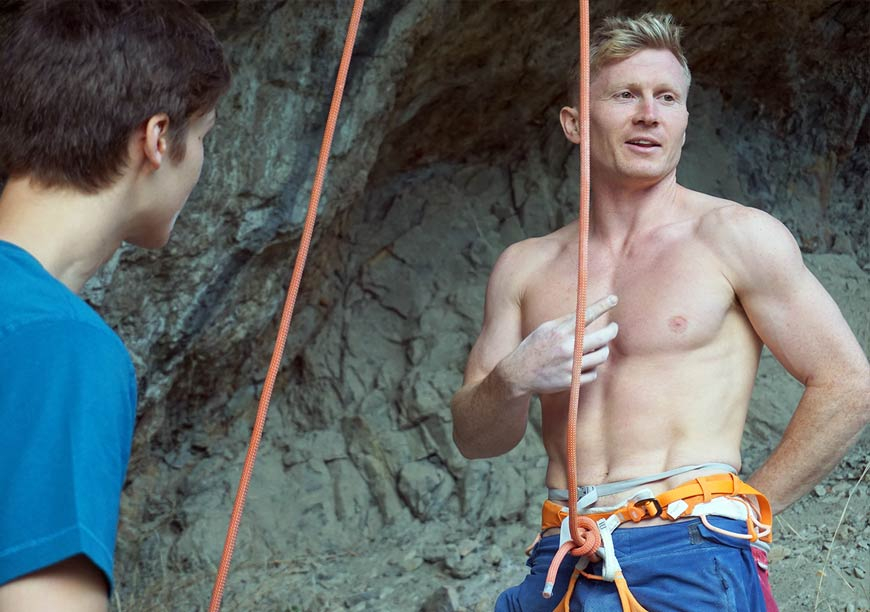 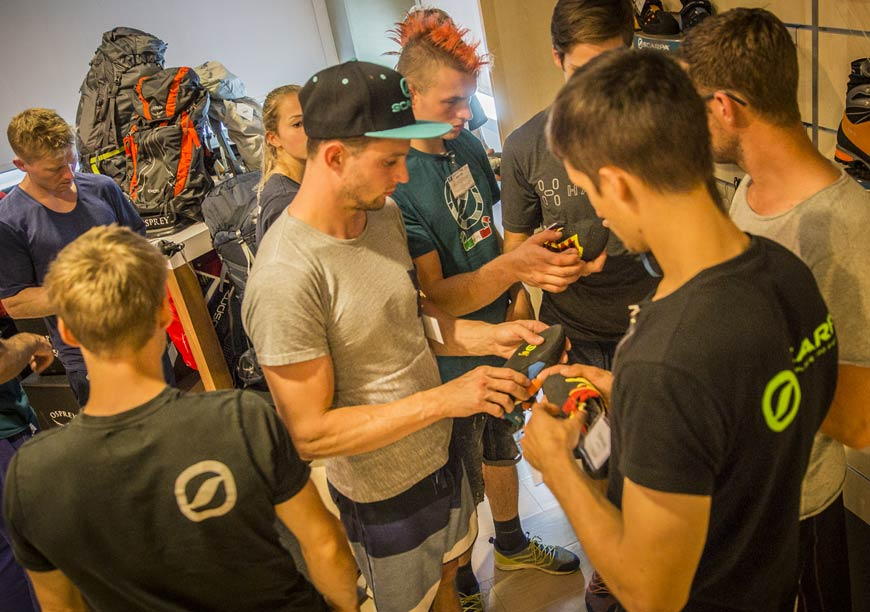