Orbayu is a route by the Pou brothers and first repeated by Nico Favresse and Adam Pustelnik. It is a combination of a new bolted route and the free climb of an aid route. Orbayu is situated in Naranjo de Bulnes, Picos de Europa, Spain. The crux pitch has been originally graded 8c+/9a and the route had been hailed as the world´s hardest big wall free climb. Nico Favresse and Adam Pustelnik graded it as 8b+/8c. Nina and Cédric graded it as 8c - the whole climb in their eyes is: 8a, 8a, 7c, 7a, 8c, 7c+, 6b+, 6a and five more easy pitches to the top.

Let's see the best pictures of this adventure!
(the text above the image is by Nina Caprez) 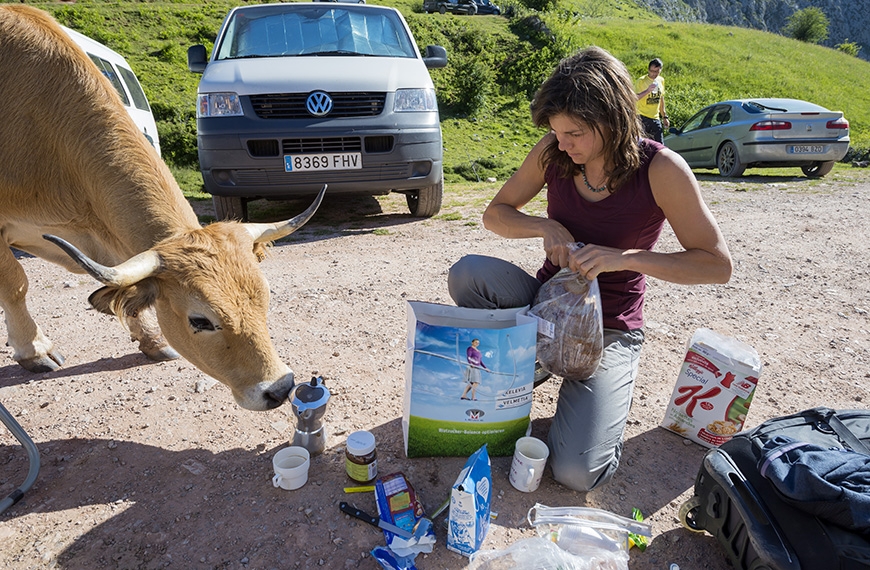 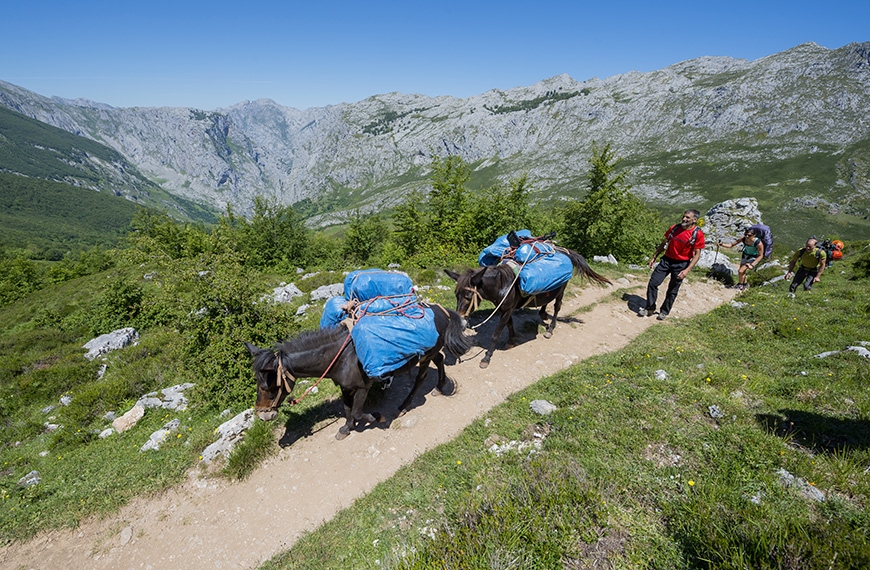 We had a lot of gear, especially ropes and all kind of climbing equipment. Luckily we were able to organize two mule for the first time we went up 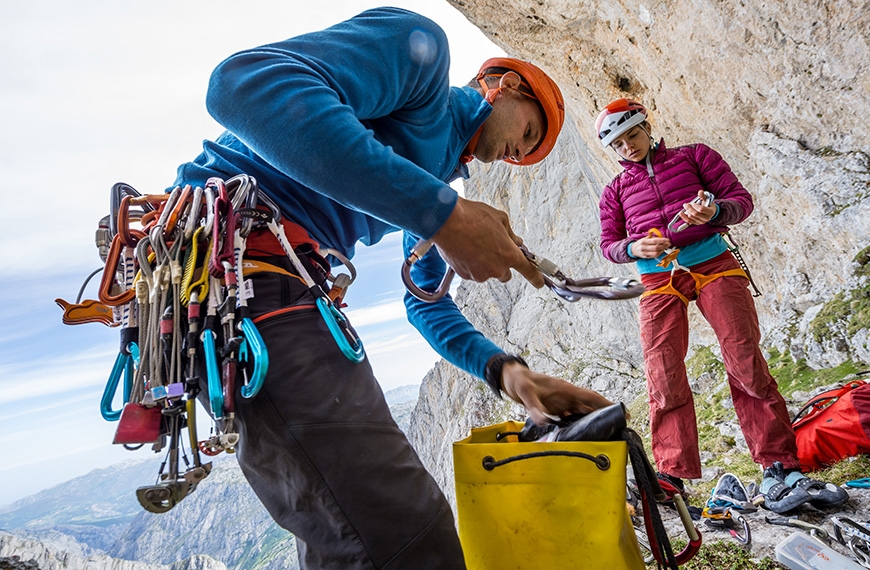 The first day we had no idea what kind of gear we had to take for the route. So Cédric attached almost every friend and stopper we had on his harness. He was kind of afraid of the unknown 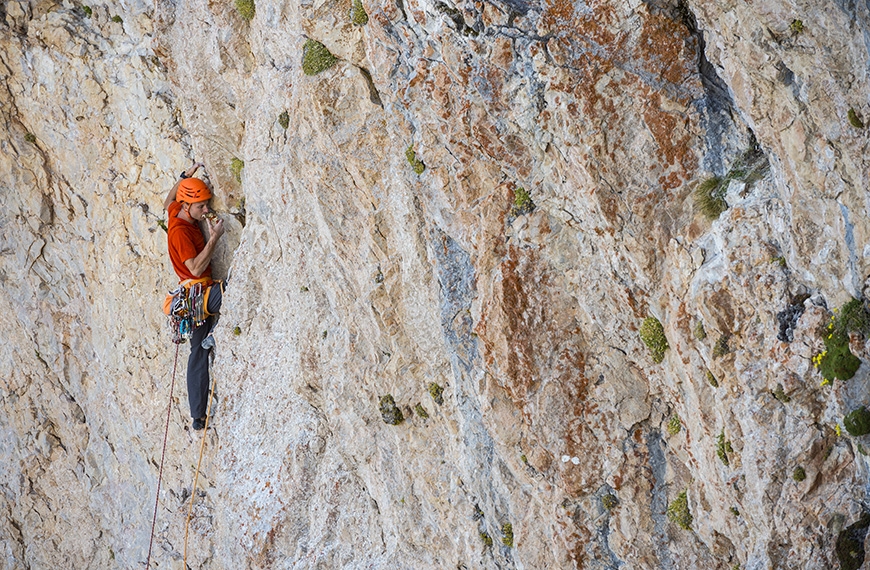 Cédric in pitch one. This one was quiet dangerous with a lot of unsolid rocks. Hard to protect but once you know the route, the climbing is fine 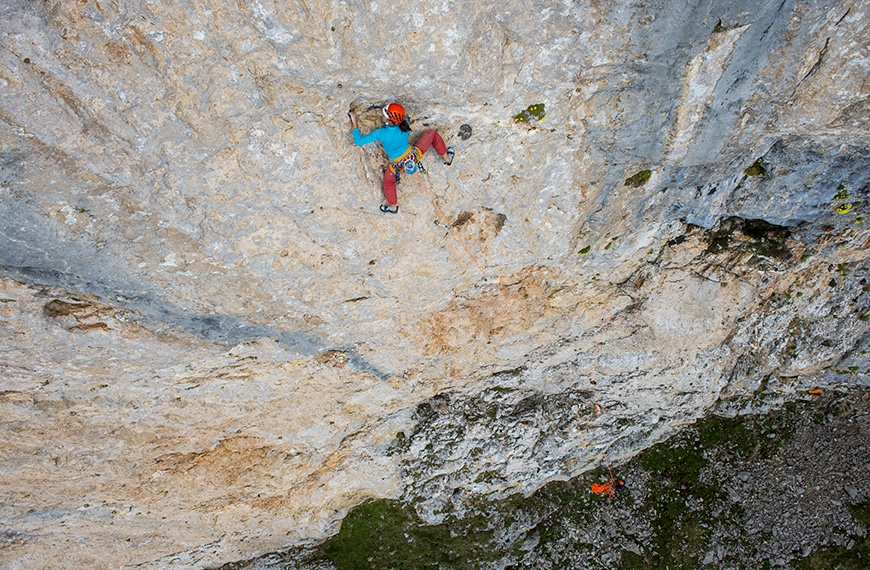 Me in the upper part of pitch one. The amazing climbing on pure limestone started. A real pleasure to climb in this first 8a! 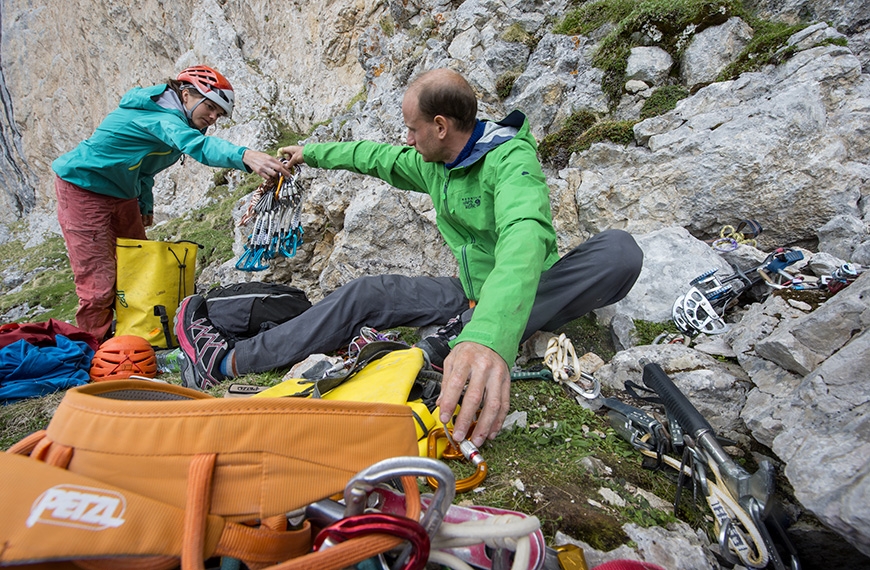 Gear handling, organizing and preparing for the next day... normal guests by the end of the day 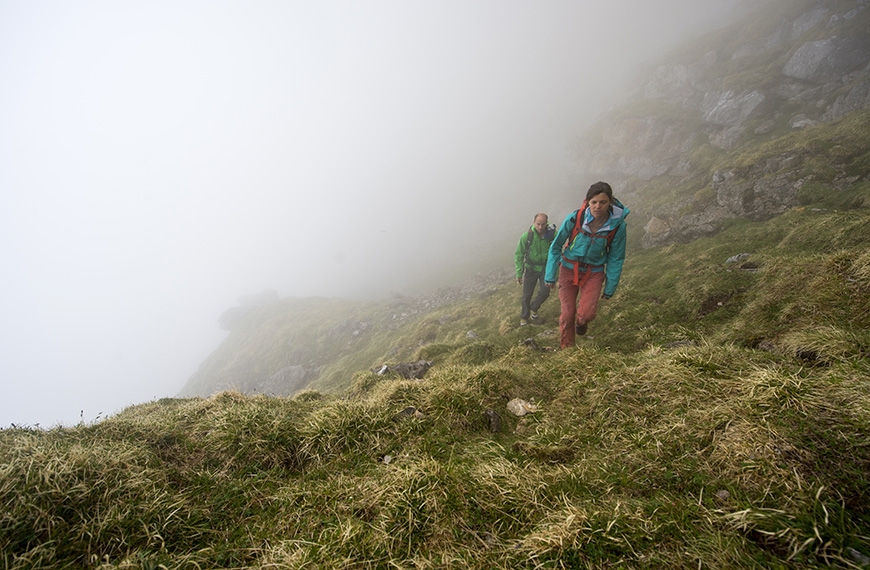 Bad and unstable weather is the theme of Picos de Europa. We spent a lot of time in the mountain shelter and we had to wait a lot... 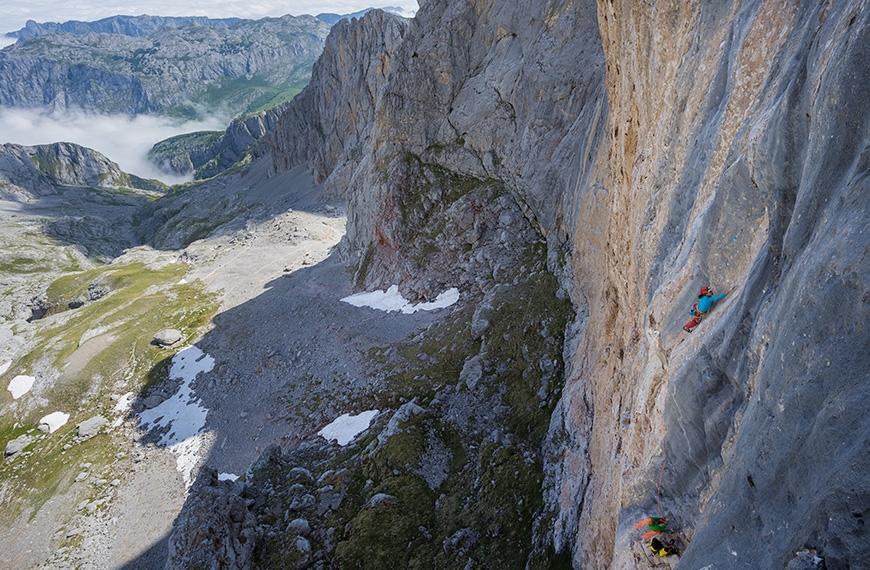 Pitch two, another breathtaking 8a. What a fantastic feeling to climb in the middle of these mountains 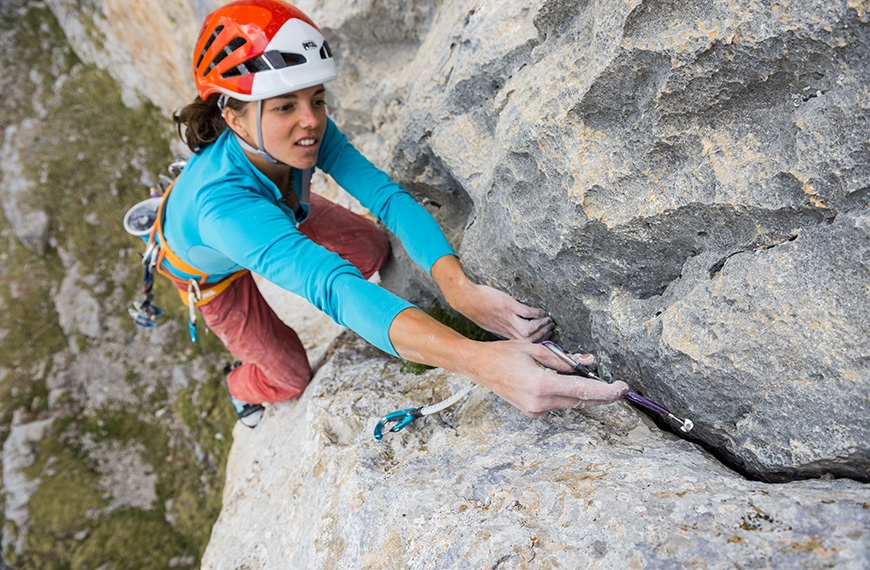 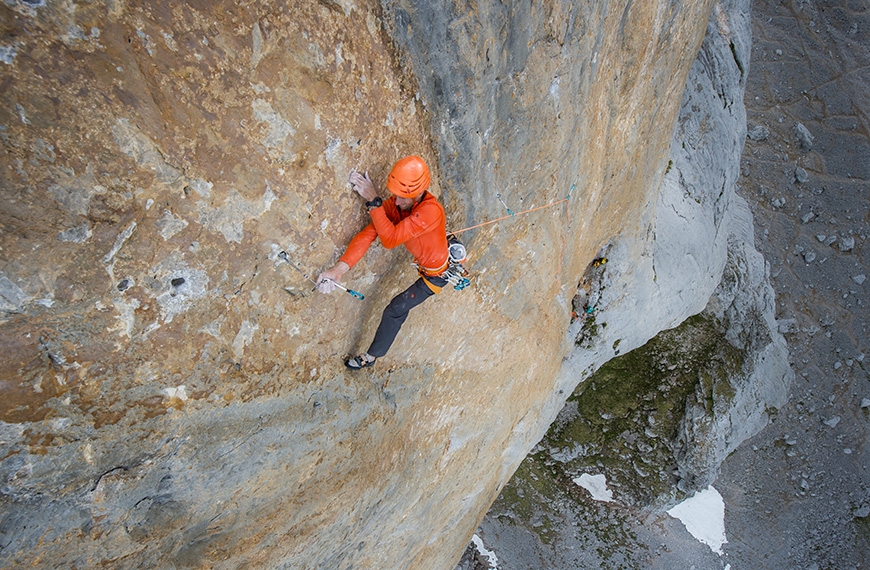 Cédric in the key pitch number 5, a solid 8c. Also this one was protected by some poor bolts and mostly by pitons and nuts. In the beginning we were a bit afraid to take big falls and by the end we took some falls on every placed gear. We're still alive!;-) 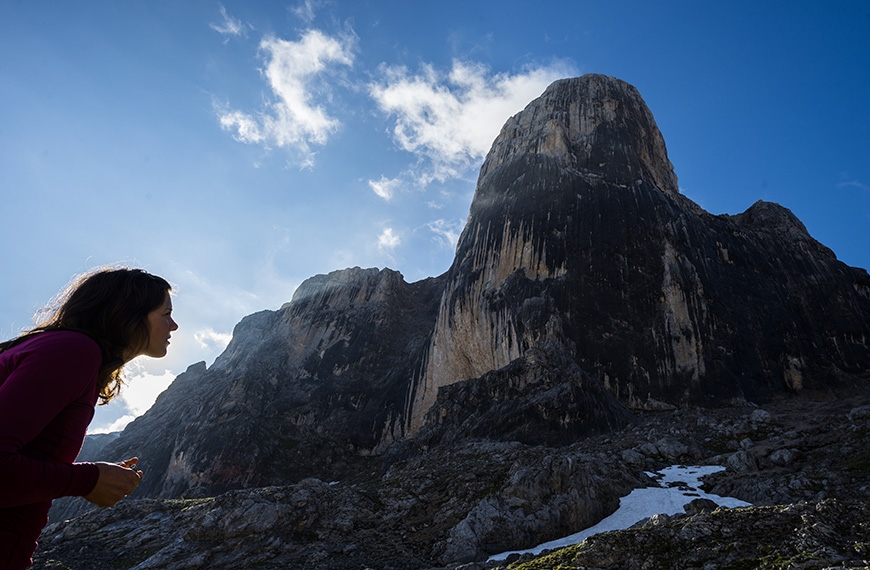 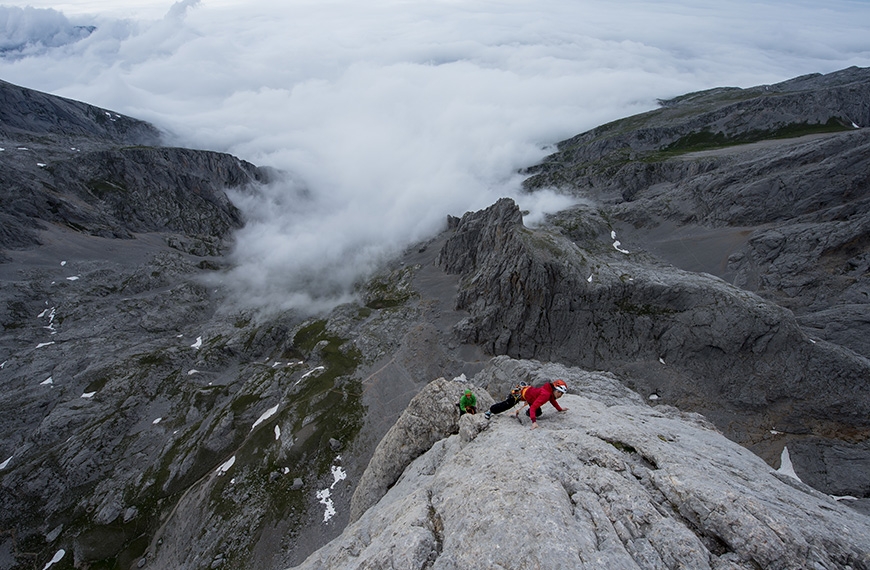 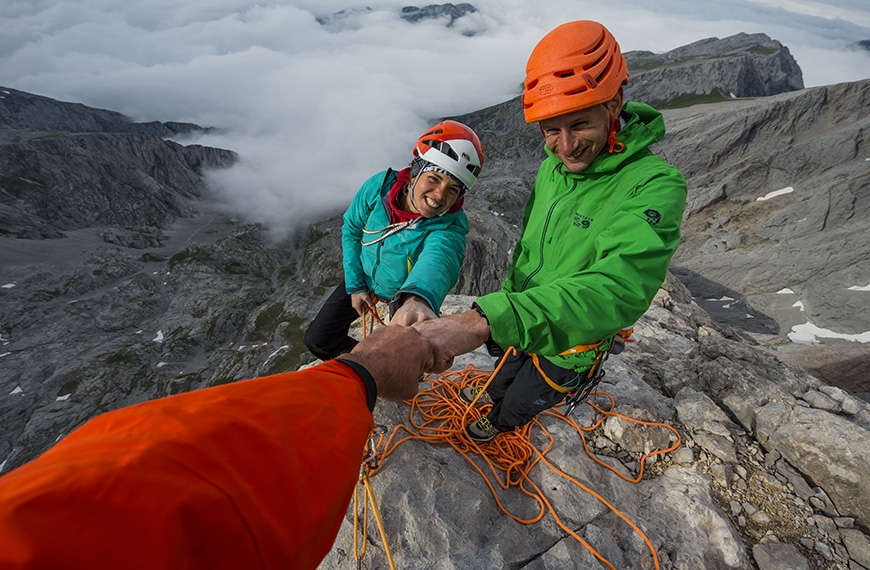 After 550 meter of climbing in the arms, Cédric celebrated his redpoint ascent on the top of the Picu Urriellu. What a great day!