MY DREAM? THE FASTEST VERTICAL KILOMETRE EVER

Susanna Saapunki joins the SCARPA® team. The Finnish skier and mountain biker tells her story of love for the mountains and desire to win. "I focus on medals; now skyrunning is my priority"
Mountains are made of rock and sky, snow and green meadows. But they're also made of people. The people you meet when you're running, the ones you share bread and wine with after an excursion, the ones who only find peace at altitude. But the mountains are also a place of challenges, courage and ambition. And between these two faces of the mountains lies the essence of 27-year-old Laplander Susanna Saapunki: she lives in Rovaniemi, Finland, a place that looks like the home of Santa Claus all year round.

And now Susanna's joining the SCARPA® team, and her goal is clear. "I want to break a world record, and I hope to do it soon". So we interviewed her: here's a portrait of an athlete who has another dream on the back burner: to learn photography. 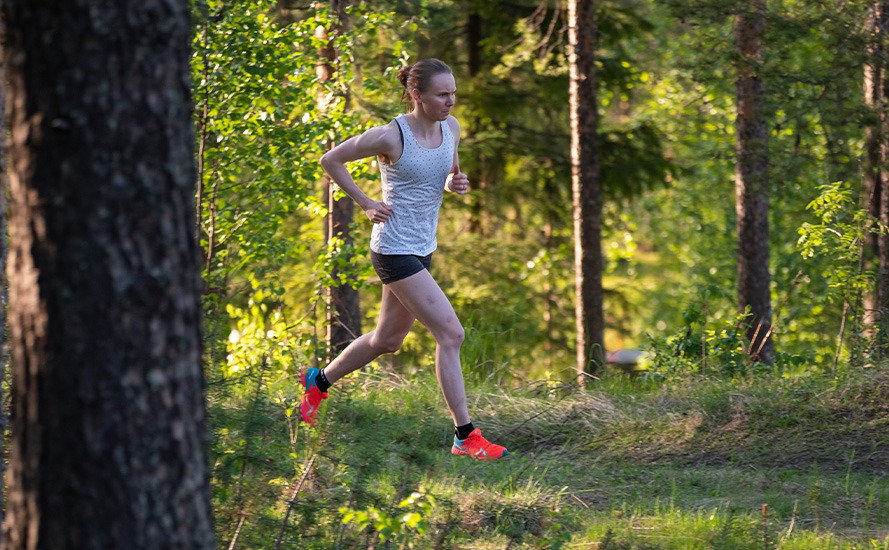 Susanna, let's begin with your relationship with the mountains. What was the spark that lit the fire?
"I think I was 17 when I first went to the mountains. There was a cross-country camp with the Finnish national team in Ramsau, Austria. It was really fantastic; I felt I wanted to spend as much time as possible breathing that wonderful air. From 2017 onwards I decided to spend a few months every year in the Italian mountains with my husband".

What did you like about living in the mountains of Italy?
"We loved the food, the people and the scenery. My great passion is running, from the foot of a mountain to the summit. In Finland it's different, we only have hills. And it makes me sad to think about it now when everything's stopped because of the coronavirus. We can't come to Italy this summer. I already feel homesick for your mountains, which always bring me peace and positive energy".

How did your career as an athlete get started?
"I began doing sports as a child; I was four or five. In summer I focused on athletics, in winter, I'd ski. My dad's a former Olympic athlete in Nordic combined. So it was natural for me to follow in his footsteps, always trying to be the best and win competitions". 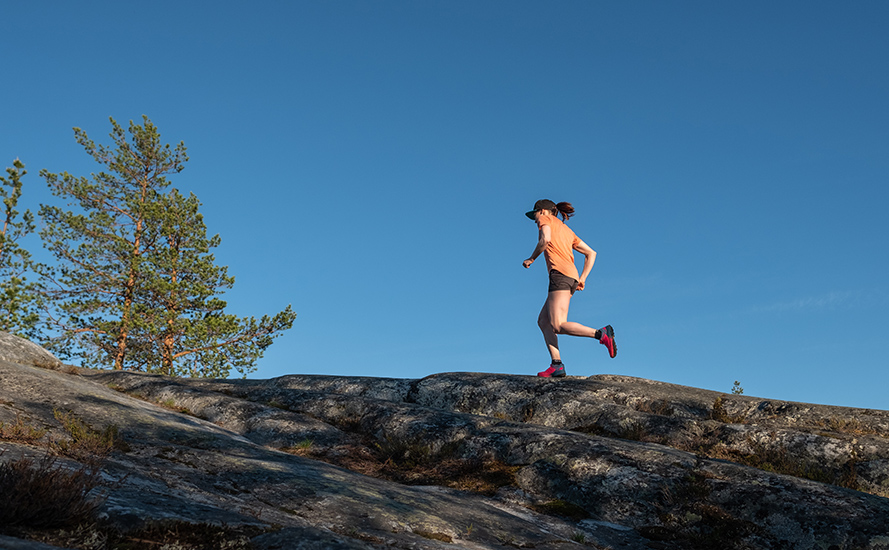 ​​​​​​​
You've tried everything, from skiing to cycling.
"When I was 15 I decided that skiing would be my main sport. And since then I've been in several Finnish national teams. Now I'm competing in the World Cup. But I've also taken part in some mountain bike events; the first was in 2016. And I really enjoyed cycling; it felt like my thing".

But then you fell in love with trail running. How did that happen?
"In recent summers I've tried half a dozen skyrunning events - I really like vertical races. I have an indelible memory of the 2017 Santa Caterina: a kilometre of vertical climb in a 2.9-kilometre course. I remember Marco De Gasperi encouraged me on that occasion. I was a bit frightened, everyone told me it would be extremely intense and brutal. But it went really well, and I came second after Valentina Belotti. I remember that day as an example of Italian mountain culture. People were supporting each other, encouraging each other, and they were happy to help".

Another race you have good memories of?
"Definitely the Monno-Mortirolo near Edolo in Brescia province. It was a quiet Sunday morning in a little mountain village; there must have been about 80 runners at the starting line, aged between 10 and 80. It was probably the simplest race I've ever run - the goal was to get to the top of the mountain as fast as possible. I got there first and broke the course record. I remember sitting near the fountain with the other runners afterwards, eating watermelon and having fun. Obviously, after every Italian race, there's a party with polenta and barbecued meat, and you always meet old and new friends".

But the mountains aren't just about friendship - there's competition too, especially when you're racing. Have you set yourself any goals in skyrunning?
"I love a challenge, and I love to compete: a lot of my goals for the future are to do with medals; I want to win the World Cup in mountain running and skyrunning. Until now I've concentrated on verticals, but soon I'd like to specialise in trail running, up to 42 kilometres. Sooner or later I want to try and beat the record for the vertical kilometre. Yes, that's my dream: to be the fastest woman in the world on the vertical kilometre".