This particular route is known as the Abruzzi Spur, because it was partially climbed in 1909 by Luigi Amedeo di Savoia, Duke of the Abruzzi.

The summit was finally reached in 1954 by an Italian team led by Ardito Desio. So it's an Italian thing. Achille Compagnoni and Lino Lacedelli reached the summit with the help of supplemental oxygen, but in the mountains there were plenty of strong mountaineers ready to lend their support. Also essential was the input of Bonatti and the Pakistani high-altitude porter Mahdi, who carried the oxygen tanks for the lead mountaineers as they attempted the summit. A team game, a huge joint effort, which set out from the foot of the mountain and aimed to get at least a small group to the top, in the name of all. It's as if the higher and tougher a mountain is, the greater has to be the human foundation that gives someone the opportunity to reach the top. A concept that perhaps clashes with the modern idea of mountaineering, but is part of the Himalayan story.

K2 has been nicknamed the Italians' mountain, but it certainly hasn't been tamed. The Japanese have also played their part: 23 years later, in 1977, they successfully retraced the Italians' steps. It was the second ascent to the summit, and also carried out with considerable effort: a crowd of porters, supplemental oxygen and a team of 52 mountaineers, of whom only a few would reach the summit. Although at first sight repeating a route already climbed, with such extensive back-up, may seem unimpressive, the Abruzzi Spur remains one of the high-altitude routes with the lowest chances of success, even today. ​​​​​​​
Five years later, the Japanese were back in action on K2, this time with a new route. Until then, most expeditions to K2 had focused on the Pakistan side of the mountain, leaving the north face with an aura of mystery and reverential fear. China is not in favour of mountaineering expeditions, which makes the logistics rather complicated; nevertheless, the north ridge of K2 is a logical and attractive proposition. It seems as if it's made to be climbed.

The Japanese team consisted of 14 mountaineers led by Isao Shinkai and Masatsugu Konishi, and 29 makeshift porters: these were volunteers who offered to help transport more than four tonnes of equipment to base camp, on foot. Naoe Sakashita, Hiroshi Yoshino and Yukihiro Yanagisawa reached the summit on 14 August 1982. The descent was epic, with the three forced to bivouac, Yoshino alone and Sakashita spending the night huddled up with Yanagisawa, who didn’t have an anorak, to keep him warm. Sadly Yanagisawa died the following day, disappearing from his companions' view probably due to slipping. Four other members of the team ascended to help their companions descend; then continued and successfully made the summit. The north ridge was conquered; K2 had allowed itself to be climbed from both directions. 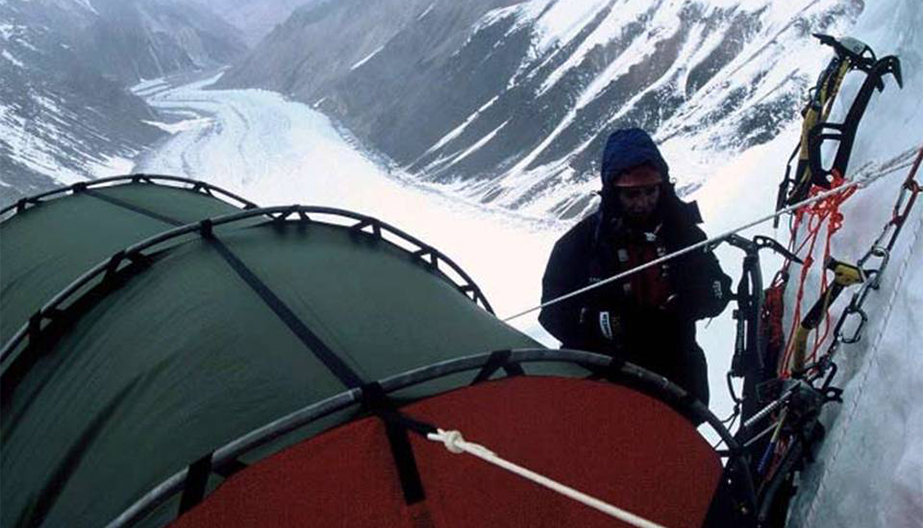 ​​​​​​​
However, in the years to come there would be plenty of new attempts, new routes, epic blizzards and accidents. Because K2 is reluctant to concede; it knows that although it is not as high as Everest, it is far more deadly. K2's majesty and severity even give rise to questions about its inferior status. It was only in 1987 that the Italian professor Ardito Desio - the leader of the 1954 expedition - organised a scientific study to accurately measure the height of the two mountains. Everest is higher, and those who wanted superiority for K2, at least for a sense of mountaineering justice, were once again silenced. Higher doesn't mean more difficult, just as more difficult doesn't necessarily merit greater height. Better to resign ourselves and accept this truth of mountain history.

Human curiosity, the need to explore the border between what's possible and what isn't, leads to the idea of winter mountaineering. Tackling the highest peaks in the Himalayas and the Karakoram - where even in summer the risk of avalanches is high and the cold is unbearable - in the least favourable month and the most hostile of conditions. At high altitude in winter, it's a struggle just to be, to exist and survive. Overnight a sudden snowstorm can delete tracks and camps that have taken weeks to set up; the risk multiplies - it has to be admitted - and the physical and psychological strain is immense.


​​​​​​​
The first to take on this challenge were the Poles, and on 17 February 1980 Krzysztof Wielicki and Leszek Cichy reached the summit of Everest. In the wake of this success, the expedition leader Andrzey Zawada immediately organised another, to K2. However, logistical complications meant that it was the winter of 87-88 before it happened. The mountain did not make things easy, and the lead team - Wielicki and Cichy - made it to 7300 metres after more than 80 days on the mountain. Their withdrawal, in a blizzard and with incipient frostbite, felt to everyone like a defeat. K2 won; maybe it really was too much.

But Zawada's dream - he actually died as he was organising another expedition - was not forgotten. In 2002 Wielicki picked up the baton and took the lead for a new attempt. He gathered a team of 19 mountaineers, 15 of them Polish. Among the non-Poles, the name Denis Urubko stood out. This time the attempt was made from the north, on the famous 1982 Japanese route, just as Zawada had envisaged. The leaders reached an altitude of 7,600 metres before they were forced to retreat. It wasn't a success, but a psychological barrier had been breached.

A seemingly impossible endeavour had become possible: it could be done. It felt like a sea change, at least mentally, but it didn't mean the mountain was growing kinder, and every expedition is a story of its own, starting from scratch. In subsequent decades, however, winter attempts on K2 can be counted on one hand. In the meantime, scores of expeditions take place to the other 8,000 metre peaks which, one by one, capitulate and are conquered in winter. But K2 remains unknown, the last unconquered bastion. The risk is too high, the likelihood of success too low. After decades of neglect, it is inevitable that K2 is now in the spotlight and, above all, on the wish list of many mountaineers.

K2 is there still; it seems to wait and provoke. It can be climbed in winter, but it hasn't happened yet.