Base camp already had a Nepalese flavour, with the religious Puja ceremony taking place on 5 January. Luck and gratitude combined, like prayer and thanks. It was a wonderful moment, and perhaps K2 enjoyed it too, from its cloud-covered heights. So many teams, different nationalities and different views of mountaineering; all together and excited to be taking part in something great, however, the winter might end. 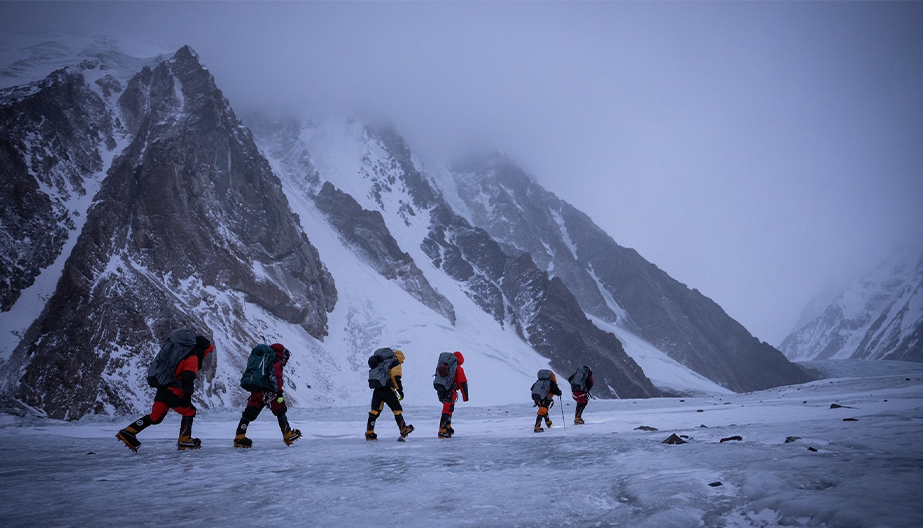 ​​​​​​​Nims is a leader, but on the mountain there’s a close-knit team, a perfectly-oiled machine, a great party, roped and seemingly unstoppable. After the initial few days of good weather, K2 unleashes all its might and its devastating power. The tents of Camp 2 are flattened by the wind, the fixed ropes unusable or buried in snow: it looks like it’s back to square one. But there’s no need to lose heart, and they go back up. The Nepalese mountaineers move fast carrying heavy packs. The news comes that ropes are fixed up to 7800 metres (an altitude never previously reached on K2 in winter) and, like a bolt from the blue, there’s an attempt on the summit.

These are breathless hours: the entire mountaineering world pays attention, thinking of those 10 Nepalese mountaineers up there, engaged in the greatest challenge of their lives. In the no-man’s land above 8,000 metres, there seems to be no energy left over to think of anyone but yourself, your own success and survival. But on this occasion, the mountaineers wait for each other just below the summit. Together they believed in this endeavour, and now they want to crown their achievement together, the result of so much effort and shared vision, rather than individual prowess. In a world where we run faster and faster, this return to moving at the pace of the slowest and not leaving anyone behind is the best news of all about the summiting of K2. The worst, however, is the death of Catalan mountaineer Sergi Mingote, who fell suddenly while descending from Camp 1. The mountain is not murderous but, like life, it gives joy and sorrow, indelible memories and tragic losses which constantly question the sense of mountaineering. 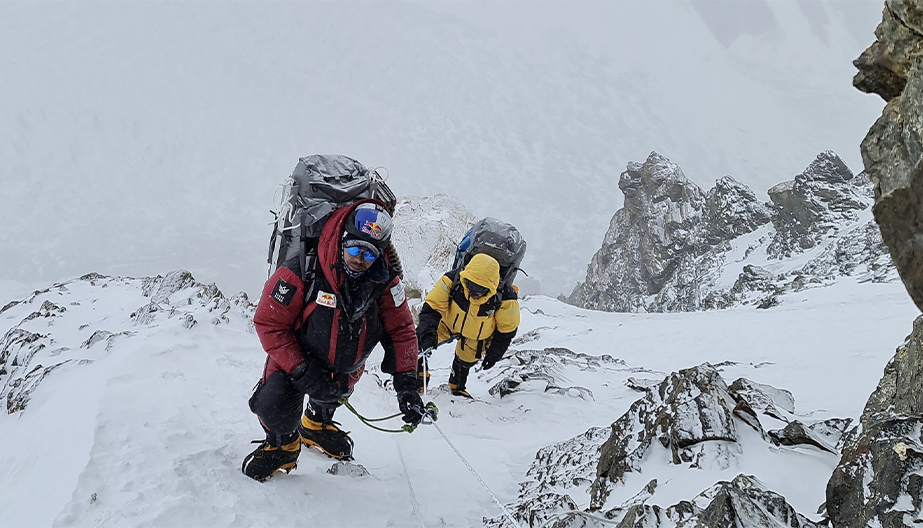 Nimsdai and his companions are now safe and sound at base camp, the excitement of the moment, of the story lived directly, is over. It was teamwork without individualism, an incredible achievement which few would have bet on. The chapter of winter firsts on eight-thousand-metre mountains concludes with an epic adventure for Nepalese mountaineering and for the Sherpa community, often relegated to a role of essential but silent support for western expeditions. Now they themselves are the protagonists, 10 mountaineers in the name of an entire proud nation.