JERZY KUKUZCKA: THE ART OF MAKING DO

Belonging to a climbing club helped you to find fellow enthusiasts and get cheap—or free if you were very lucky—train or bus tickets to go to the Tatra mountain range on the border with what was then Czechoslovakia. In Katowice, the most notable clubs were KWK (Klub Wysokogórski Kraków) and HKT (Harcerski Klub Taternicki), where nearly seventy percent of the membership would venture into the mountains. Prominent figures such as Artur Haizer, Janush Majer, Ryszard Warecki, Krzysztof Wielicki and Jerzy Kukuzcka stood out among their members. Being a member of a club also enabled you to raise funds to organise expeditions abroad. Those with plans would go to the director of one of the many state-run companies, sit in front of their desk and tell them about the expedition, hoping that, at any moment, their representative would pick up the phone, call their secretary and tell them to donate some złoty (to the aspiring climber's Club, of course). This is how they scraped together enough złoty to buy the essentials for the expedition, including airfare with the national airline. 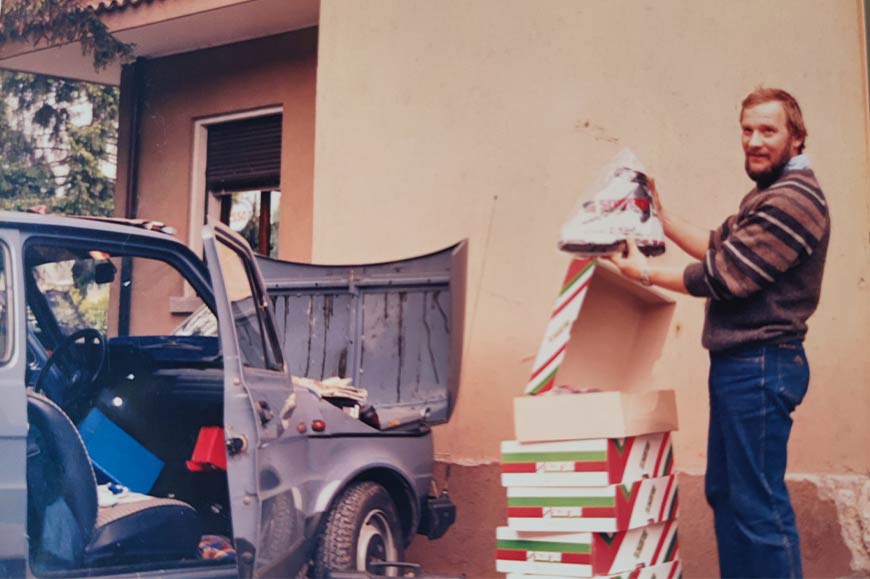 Abroad, the złoto—the local currency—was relatively weak and had a poor exchange rate. Because of this, the mountaineers came up with the idea of buying equipment like backpacks, shoes, sleeping bags and especially goose down, which Poland was producing in large quantities of exceptional quality at the time, at home. This material was taken to and sold in the countries in which the expedition was to begin, such as Nepal (in the city of Kathmandu); in return, the mountaineers received local currency, which was needed to pay porters and cover expenses. This was a brilliant idea that would ultimately change expeditions for the better.

In the second half of the 1970s, following the 1973 oil crisis, rates in Poland rose sharply and shipments abroad became more expensive each day. The złoty donated by companies were no longer sufficient, and the group climbing the Himalayas had to come up with something new. Ryszard Warecki, Kukuczka's climbing partner, a good mountaineer and a highly intelligent person, discovered that in the many factories around Katowice, special maintenance work, like painting façades or carrying out small repairs, was needed. The old tactic of sitting in front of some company director's desk pleading your case was no longer viable by itself. You needed more money and the regime still prohibited "private" funding; all money spent had to be justified in one way or another. 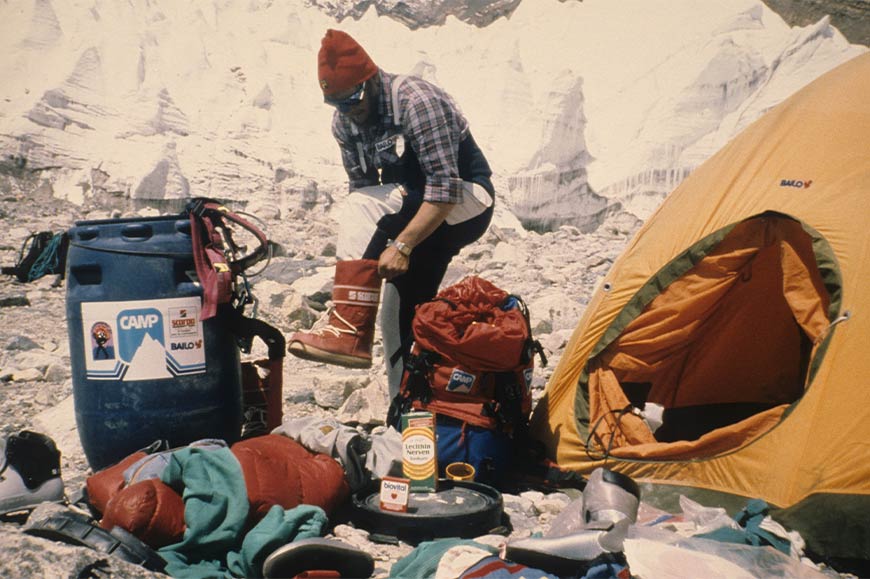 As such, Warecki came up with the idea of opening an account within the club linked to the FASM (Young Socialist Fund), which itself had connections to Gierek's ruling party. For the company director, it was a way of gaining esteem and respect from the state, while for young and strong climbers, it was the best way to receive the large sums of money needed to climb the great Himalayan mountains. Thanks to this idea, many other clubs in other Polish cities took in more money and increased their number of expeditions and the amount of necessary mountaineering equipment purchased. Thanks to their skill and the money at their disposal, strong and eager mountaineers began to make a name for themselves all over the world. The skilled young climber Jerzi Kukuczka, aka Jurek, gradually conquered the various eight-thousanders and, in an interview shortly before leaving on yet another expedition, said: "After all the effort it takes to get the money together for an expedition, you have to reach the summit".

The Seventies came to an abrupt end, paving the way for the Eighties. In Poland, Edward Gierek's government began to deteriorate and in August 1980, the independent trade union Solidarnosc was founded, backed by an all-Polish pope who was instrumental in changing Poland and all of Eastern Europe, Karol Wojtyla. There was a sense in the air that the Soviet regime was close to the end and that the West, with its more liberal system, was knocking on Poland's door. Foreign travel increased sharply and Kukuczka conquered one eight-thousander after another, setting his well-known competition with Reinhold Messner in motion. A competition that appealed greatly to makers of mountaineering equipment. In 1986, a group of skilled Polish climbers was invited to the Trento Film Festival, one of cinema's oldest and most significant festivals. They set off from Poland in their Fiat 126 Maluch cars: Kukuczka and his wife Celina in one, and Wanda Rutkiewicz, Ryszard Warecki and Krzysztof Wielicki in the other. 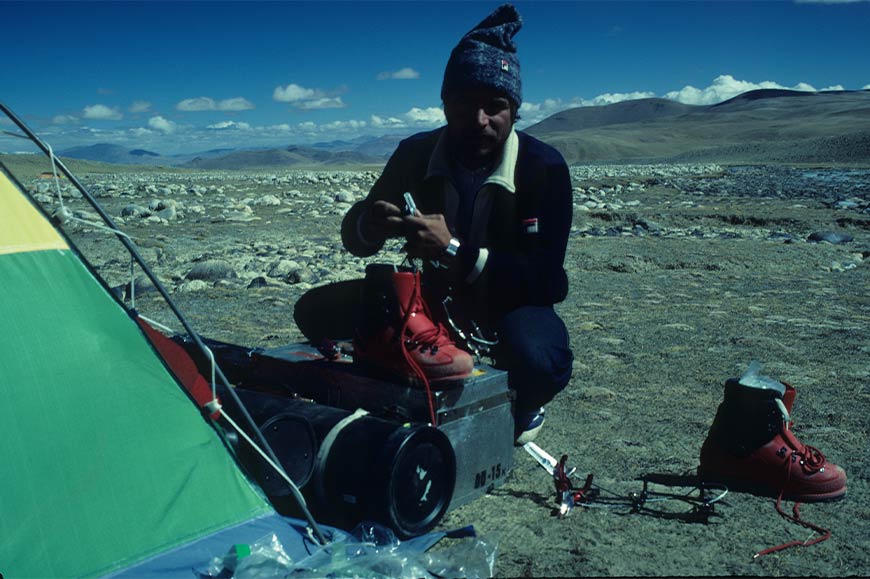 In Italy, the public began to recognise them, not just for their winter climbs, but for their tenacity and incredible strength. In Trento, they were welcomed like stars, particularly Kukuczka. A number of companies approached them with collaboration proposals. The Polish mountaineers mainly chose to work with Italian ones, particularly SCARPA, a leading brand from Asolo owned by the Parisotto family, which produces footwear for mountaineering, skiing, climbing, trekking and all other high-altitude sports. The ingenious way of getting the materials they needed—in a difficult and poor socio-political climate to boot—the simplicity and their strength and tenacity, especially Kukuczka's, were of great interest to the Company because, after all, it was a reminder of the challenging post-war years in which the Parisotto family had to work hard in uncertain and difficult times.

SCARPA became one of the first companies in the Western world to support a Polish mountaineer on his Himalayan expeditions, supplying him with footwear including the GRINTA and VEGA models, which were new versions of the early Pebax boots, improved over time in terms of technology and comfort thanks, in part, to Kukuczka's advice. A few years later in 1987, after reaching the summit of Shisha Pangma, Jurek became the second person in the world to have climbed all 14 eight-thousanders. Just two years later, on 24 October 1989, he died while attempting to climb the south face of Lhotse in Nepal, at an altitude of 8200 meters: his rope suddenly snapped during the ascent. A few days later, on 9 November 1989, the Berlin Wall came down, marking the fall of the Iron Curtain and setting off a series of events that began the end of communism in Central and Eastern Europe.

These are two significant dates for Poles (and the world as a whole): the first deprived them of a role model with whom most of them identified and the second was, without doubt, a huge socio-political turning point. Future mountaineers will have a new world and new rules to contend with, but they will always remember and hold in their hearts these powerful and enduring symbols.
Jurek, like his peers, dealt with mountain peaks and life in very much the same way: with his head down or as Wojciech Kurtyka, speaking about his friend, said: "like a rhino that, instead of avoiding obstacles, knocks them down".