MARIO CONTI AND SIMONE TENTORI: PAST AND FUTURE OF THE RAGNI DI LECCO

How many of you are there in the Ragni? How many young people?
S.T.
: The group currently consists of around one hundred members, some of which are active mountaineers/climbers. Stefano Carnati and I are the youngest members. We’re the same age and we try to highlight the sporting aspects of climbing.

Tell us about your first expeditions and adventures which, maybe, you would not have experienced without the support and encouragement of the Ragni Group.
M.C.: In 1974 I took part in the successful expedition on Cerro Torre, to climb the West face. Back then we walked over 100 km to reach the foot of the mountain. For months we transported the materials in the endless pampas plains, crossing rivers in the most ingenious ways, using boats and horses… This was also part of alpinism! I was in the leading climbing party, together with Casimiro Ferrari, but the entire expedition was an example of excellent teamwork.

S.T.: Boulder terrain is where I’m at my best, but I also like to challenge myself on longer routes on crags. Generally speaking, I love climbing rocks, which is where I feel most comfortable. Over the last few years, I have become more “allergic” to the gym. My aim is to attempt the most beautiful and difficult routes in the world and this both motivates me and gives me the inspiration to develop as a climber. I’m lucky to live less than two hours away from the Ticino, one of the best areas in the world in terms of quality and concentration of the hardest routes, where one can practise boulder climbing.

It is here that, in the last few years, I have spent the winter season, challenging myself with these rocky reference points. And it is here that I have experienced my greatest achievements. Big Paw is certainly one of these, an 8B+/C at Chironico, first climbed by Dave Graham, which I managed to climb last year after a long struggle. I’m proud of climbing the route marked by one of the strongest boulder climbers in the world and, I think, it makes the climb more important.

During the summer (in 2018 and 2019) I was at Rocklands, in South Africa, which is not as close to home. I have to thank the Ragni Group and my parents for giving me the opportunity to enjoy myself in such a special and fascinating place, leaving me with many beautiful memories. 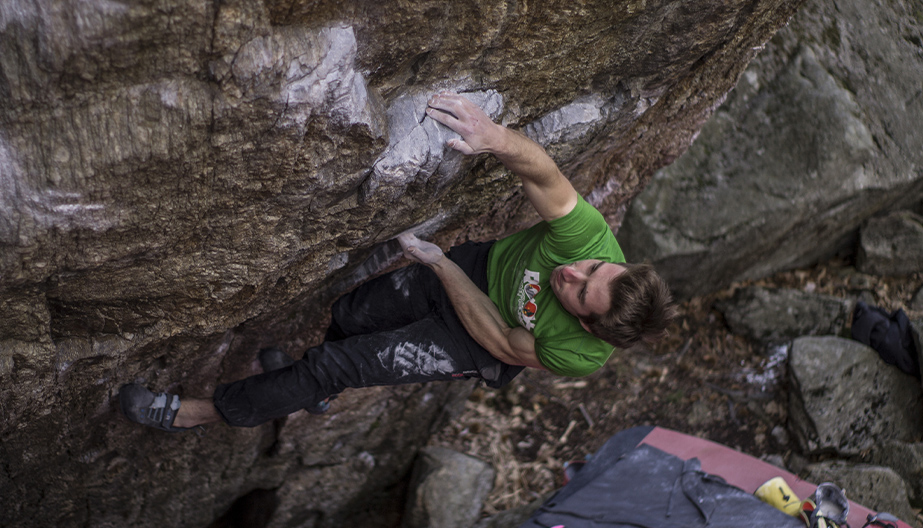 ​​​​​​​
​​​​​​​
What is the next journey you are planning?
M.C.: Even though I no longer lead mountaineering expeditions, I love to travel. Patagonia has become my second home. I have plenty of friends there; actually, it’s the place where I have most friends! Now it’s winter and they’re sending me photos of the snow. In fact, right now, there’s a meter of snow. The last time I was in El Chalten was last winter, but they have invited me to go again in the coming months. We'll see!

S.T.: With the current situation, as a result of Covid-19, it is difficult to make long-term plans. I think that for the time being I will visit areas not far from home, concentrating on the crags for a while. Certainly this autumn I’d like to go back to Fontainbleau, one of my favourite areas, both as a rock face and climbing style.

The Ragni Group has definitely given you and still gives you, a lot in terms of motivation and encouragement. Do you think you can give something back to the group?
M.C.: I was the Group’s President for several years. I believe I have helped young people on their way. Like when I encouraged Matteo Della Bordella to give Torre Egger another try in 2010. There have been moments, however, where I have felt I needed to convince my climbing partners to give up, like on Cerro Piergiorgio, made dangerous by frequent rockfalls or, during the expedition at Cho Oyu, where there was a high risk of avalanches. Both times, however, my younger team members didn’t need much convincing. They respected me because I didn’t speak much; when I did there was always a reason.

S.T.: Being a member of such a prestigious group certainly encourages me to always give 100% when I’m travelling or have an objective in mind. I think they appreciate my hard work and the dedication I show and are fascinated and intrigued by this more modern discipline of bouldering. I hope they may get to know it through my climbs and I can demonstrate that, despite it being an activity not closely linked to mountaineering, what we share as a group is the desire to always go further, whatever the environment. 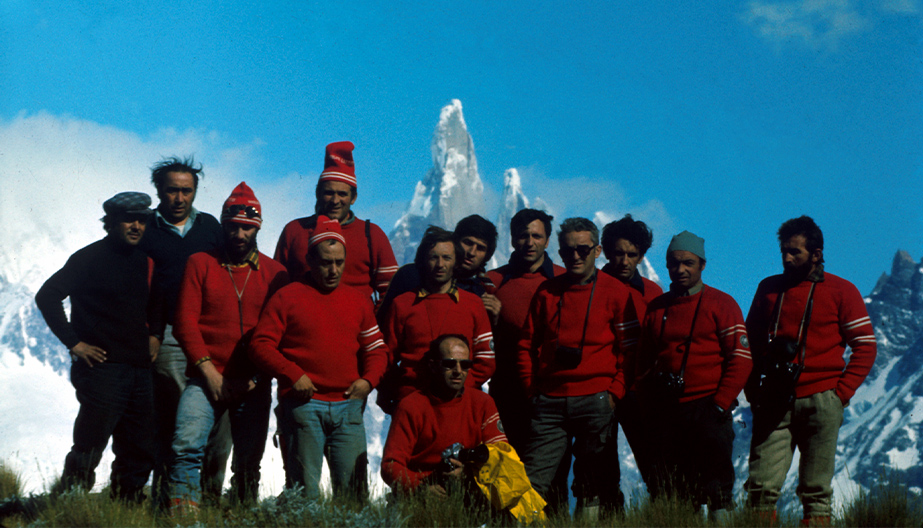 ​​​​​​​What relationship do you have with the other Group members? Do you think you have learnt anything in particular from the old Ragni guard?
S.T.: I don’t have a close relationship with the “historical” Ragni, but I’ve had a chance to share some beautiful days climbing with the younger Ragni. When compared with me, they definitely have a more mountaineering-based approach. This fascinates me and I can learn a lot from it, especially about the approach and mental perspective to adopt when facing a climb.

From the old guard I have also learnt that even when starting from zero, with “primitive” equipment, when compared to the present, it is still possible to do great things. What matters is having a strong passion and always totally believing in what you’re doing. Nothing is impossible.

What is your view on the future of alpinism?
M.C.: Alpinism has changed a lot when compared to my days. What has changed the most is the young people’s attitudes. Now they prepare themselves concerning all aspects of mountaineering, whereas we simply climbed mountains… However, now it’s not as easy to find beautiful new mountains. Maybe there’s still space in the Himalayas, but not on traditional routes at summits 8,000 meters high, but on the technical unexplored lower summits. These young people really want to find something new; we must help them!

Climbing at the Olympic Games, trad with high difficulty levels and exploration. How do you see yourself in the future?
S.T.: I think that including sport climbing in the Olympic Games is a historical event. This discipline is increasingly attracting interest, also thanks to the many centres being opened in big cities.

I’m very curious to see how the situation will evolve. On the one hand, I’d be happy if climbing attracted more attention, like other mainstream sports. On the other, I’m convinced that we need more rigorous instruction when it comes to safety and respect for rock faces and the environment, especially at such a difficult time for the planet when many people are suffering.
​​​​​​​
To be honest, trad often captures my attention, like highball climbing, but they are both activities that are very psychologically intense and I don’t think I’m ready to confront them properly yet.

For now, I’m inspired by what I like and what gives me the most satisfaction, but it can’t be ruled out that I might change in the future and also focus on multi-pitch and alpinism.
​​​​​​​
I believe that what is great about climbing is precisely its variety, being able to enjoy the mountains in a way that suits each one of us!