SCRATCHING THE SURFACE OF GREG BOSWELL

So what kind of climber are you?
“I like all kinds of climbing, and I try not to miss out on anything. If I had to choose, I’d say winter is my favourite time of year, and I feel most motivated and capable of ice or mixed climbing. Whether it’s a short, steep cliff or a major Alpine-style route, when I have ice axes in my hands I feel confident!”

How did you get into climbing, and what attracts you most?
“It was my dad who introduced me to climbing; he’s very keen on outdoor life too. We used to go to the mountains a lot; my sister too. It was always a big occasion when we set out to climb a rock face or walk up a mountain! Later I started going to the local climbing centre, where I met loads of inspiring people. I soon realised that breathing the cold air of the mountains, wrapped up warm in winter, was my passion! At 13 I started climbing on ice in Scotland, then I began travelling in search of cold places all over the world. These days I focus on setting new winter routes, looking for new challenges in Scotland and elsewhere. I also like expeditions to major climbs which are less technically difficult, but where the mountains are laid out in all their magic and daunting beauty.”

Tell us…is there anything you don’t like doing in the mountains?
“There are no activities I don’t actually like. However, I don’t agree with anything that leaves traces and rubbish in natural places; our environmental impact should be as small as possible. Having said that, as long as we leave the surroundings in the same state as we find them, or even better, as far as I’m concerned it’s each to their own!” 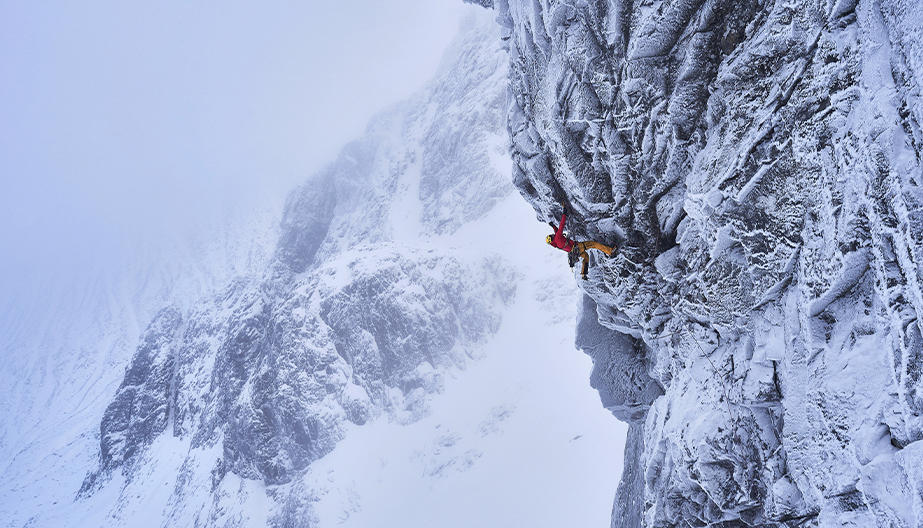 Scotland seems to be your preferred sphere of action. How's the mountaineering there? Can you describe it for those who’ve never been?
“Yes, I love it here. Obviously, I spend a lot of time here, because it’s my home. I've climbed in various countries and continents, but Scotland is still one of my favourite places.
Here the weather conditions and the style of the rocks make every climb an adventure. And there’s a very strong ethical code, which means no-one brings the mountains down to their level. Bolts are not used in the mountains, and all the routes - mixed winter climbs and summer climbs on rock - use trad-style protection. So the new routes are really delicate and tricky, particularly psychologically. You’re climbing and you have no idea what you’ll find above you, or how you’ll protect yourself.

​​​​​​​The mountains are wild; there are practically no lifts. Approaches are long, so you have to be fit even to do the easiest routes. The climbs aren’t so long, but the routes are really challenging. I’ve been more exhausted after a 40-metre pitch on the Scottish mixed route than after a 100-metre pitch on any north face in the Alps. Scotland really takes it out of you!”

So what characteristics does a Scottish mixed climber need?
“I'd say the movements are similar to climbing on rock, so you need technique and upper-body strength. However, you need to be prepared to walk for hours on fresh snow, and still have the energy and concentration for climbing. Having said that, mental strength is one attribute you need to have if you want to succeed on this type of terrain. It's essential that you can stay calm even in complicated situations; when you’re unable to place decent protection, or when you have to work out the sequence of movements to move forward. Once you lose the mental focus, the body soon starts giving up. For me, mental strength is the toughest and longest part of the training, but it’s also been the key to my success.”

How do you train?
“Over the years I’ve used various methods of training for this kind of climbing. With my current lifestyle, and living in a van, I have to do whatever I can to stay fit. I often go running in the mountains, which is my second passion after climbing. In autumn particularly, I focus on physical preparation for winter climbing. For more specific training, I go whenever I can to the Scottish Borders, where I used to live, and where I still have my personal training ground. Alternatively, I use whatever I have with me in the van. A portable bar, rings and a small campus board. I just need to attach the gear to the van, or to nearby trees, and I can train. I usually go to the gym too, but with the closures due to Covid, that’s not possible at the moment.” 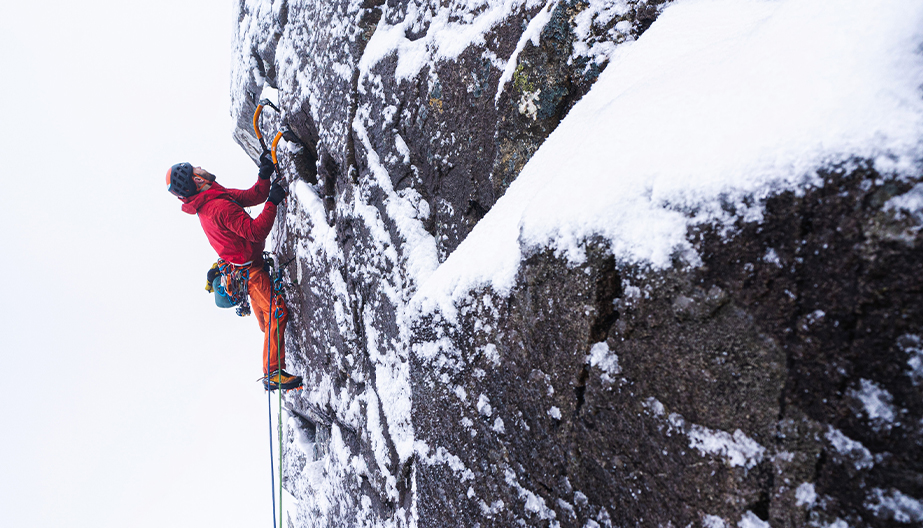 Have you ever found the Scottish style of climbing and similar conditions in other parts of the world?
“Norway has similar landscapes to Scotland. The climbing style is similar, as are the ethics surrounding it; the routes are comparable in many ways. In all the other mountains I’ve been to, I’ve felt prepared and ready, thanks to my training in the harsh conditions of Scotland. I’m not saying everything’s harder and more challenging in Scotland than in the rest of the world, but the variety of climbs and the style here are special and unlike anywhere else, and that’s helped me to adjust quickly to the different places I’ve climbed in.”

Which climbs make you proud?
“That’s a difficult question. I feel really fortunate to have had so many enjoyable and memorable adventures over the years. One special memory is definitely the route I set in Alpine style with Will Sim, on Bears Tooth in Alaska. I also really liked Senja Island in Norway, where Jeff Mercier and I managed to set 7 new routes in 8 days; most of them were on enormous rock faces that had also never been climbed! I have so many memories of fabulous winter days spent in Scotland on new routes and some of the world’s most difficult mixed climbs. That’s what comes to mind when I look back now. But to be honest, every day I spend in the mountains makes me happy.” 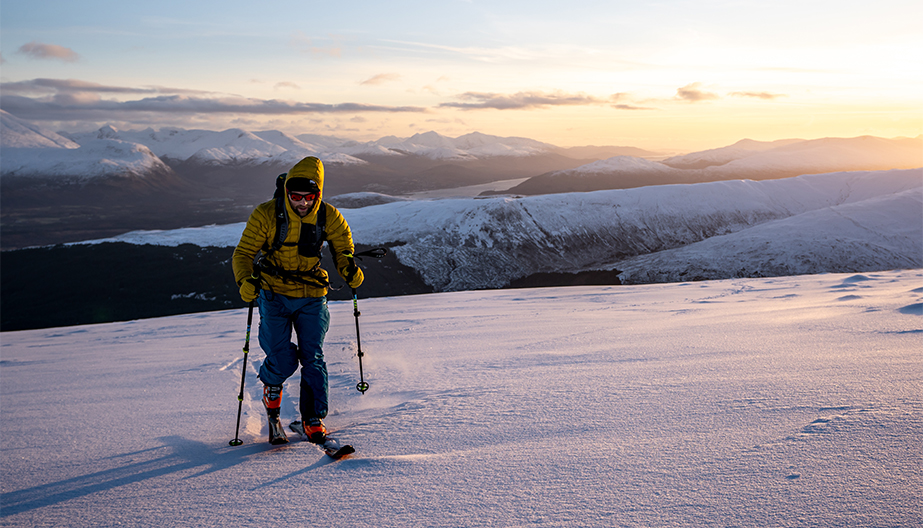 ​​​​​​​
You said the mental aspect of climbing is essential. What’s your greatest fear?
“My greatest fear? Being told I can’t go to the mountains anymore. That happened in the first lockdown last year, and I don’t think I could handle it again.”

Do you have a message for our readers?
“I’m keen to encourage respect for the environment, and not leaving any traces in the mountains. I do what I can as an individual, and I try and take this message wherever I go. Please, take your rubbish home and pick up anything you find in the mountains or on trails. Living in a van, I have the opportunity and the luck to visit a lot of wild, remote places. And I find litter and toilet paper everywhere. We spend a lot of time collecting rubbish, trying to leave nature intact. It’s not hard to pick something up and throw it in a bin, so if you like being outdoors, you have to make the effort too. Keep the world clean, don’t leave it to others!”