Mike, the youngest US mountain guide, who fell in love with the Val d’Aosta

A ski mountaineer on the edge of precipices, from Alaska to the Himalayas, he’s always in search of new challenges. “I respect the mountains; I love them and know they can hurt me”.
Michael “Mike” Arnold has child prodigy written into his DNA. He was just 23 when he decided to train as a mountain guide. He was one of the youngest guides to obtain the UIAGM/IFMGA Mountain Guide certification in the USA: he was only 27 when he passed all the exams. It was 2014 and it wasn’t easy: the international federation which oversees mountain guide associations is extremely rigorous; you need remarkable technical expertise and an appetite for self-sacrifice. But that’s not all. Mike is also a world-calibre ski mountaineer. SCARPA® is proud to welcome him into its team, starting this season.

Mike, you’ve travelled a lot all your life. Tell us about your roots.
“I was born in northern Maine. I cut my teeth as an athlete in ski races in eastern Canada. Soon after finishing high school I decided to follow my instinct to discover new places, and I ended up skiing in the Colorado mountains. I never stay still; I’m always looking for new adventures. And that’s where I began training to be a mountain guide”. 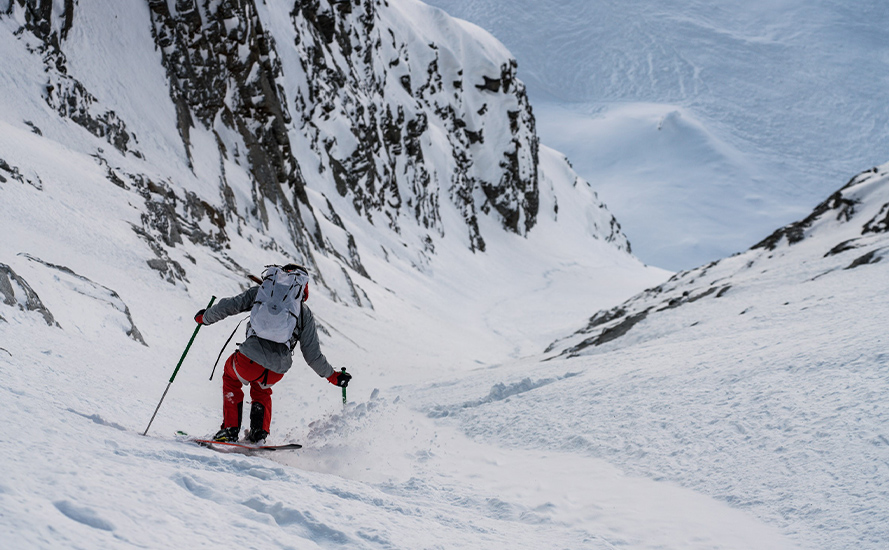 And you broke a record.
I was born in 1987, and I was very young at the time: I was the 96th American to receive the qualification, one of the youngest ever. The most difficult year was the last one, when I took all the final exams in just seven months. In February it was the ski mountaineering test in Revelstoke, in April the rock-climbing test in Red Rocks, and in September the test on the waterfalls in Washington state. It was exhausting, but wonderful”.

You then moved to Val d’Aosta in Italy. Why?
“I’ve always travelled a lot and the Alps have a very special appeal, which bewitched me from the outset. But in the end it was a woman - Elena - who got me. I fell in love with her and decided to stay here. The Alps have become my home and my playground, although I admit that sometimes I’m homesick for Alaska, which reminds me of my twenty years of travelling: I notched up at least a dozen incredible adventures”. 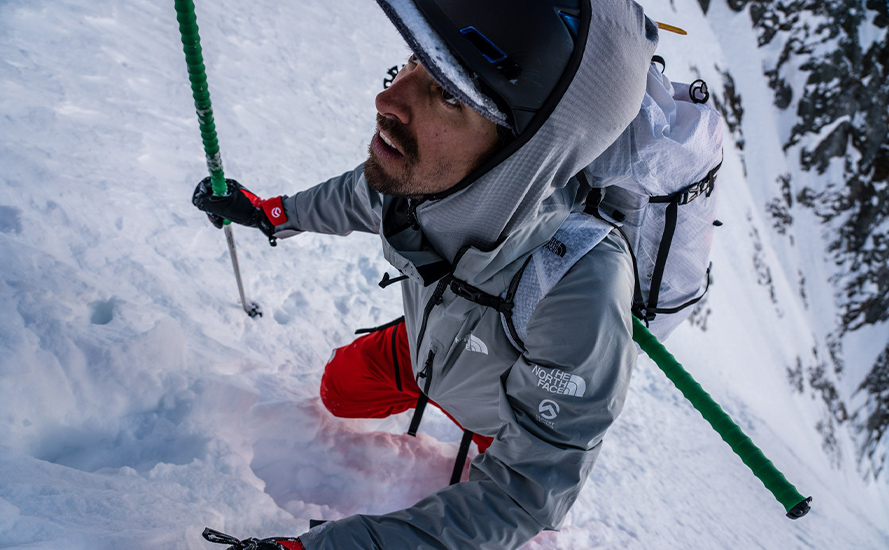 Tell us about some of them.
“I've been to Alaska, Peru and Argentina, but I’ll never forget my six years of skiing and climbing in Canada and the steep descents on the Grivola, my experiences in the Argentière basin, the Miage and the unforgettable summit of the Aiguille du Midi. I also attempted to climb a peak of more than 7,000 metres in the Himalayas with a group of friends, but the weather conditions stopped us. I’ve calculated that I spend 200 days a year with my ski boots on; I live more in the snow than at home”.

Aren’t you ever scared? You always take such huge risks…
“People who live for the mountains often have to face the sad reality: it really is risky, and sometimes you lose friends. Danger is always lurking; there are so many variables. And for someone like me, who lives right on the edge of sheer drops, a tiny mistake can end badly, very badly. The only thing I’d say is that you have to have the courage to stop when you’re in a situation you can’t control”.

So, what would be the virtue of a good mountaineer?
“Definitely patience. The mountains really do have so much to offer, and even if we miss an opportunity on one trip, there’ll always be time to go back. I realised this during an expedition in the Annapurna region in Nepal: each team would climb according to the pace of the group, taking their time and sometimes waiting to avoid unnecessary risks”. 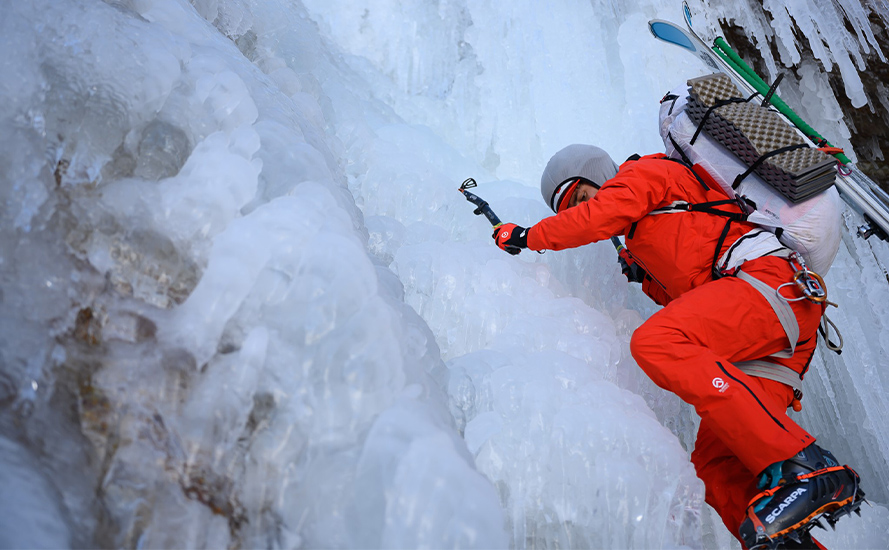 It’s certainly true that when you stop, your eyes gain. What’s the most beautiful scenery you’ve ever seen?
“I've been on many trips to the Alaska Range, and I really fell in love with it. It's rugged terrain and it’s timeless, it never grows old. I remember a summer solstice in the Ruth Gorge; it was one of those moments I realised I really wanted to devote my whole life to the mountains”.
​​​​​​​​​​​​​​​​​​​
One final question, about the future. A restless soul like you must already have set some goals for 2020, am I right?
“My dream is to devote myself body and soul to the least-explored corners of the Alps, try out a few adventures in ravines that are far away from the classic and over-skied routes in Italy and France. But I’d also like to have another go at the Himalayas, experience the thrill of skiing at 8,000 metres”.

VALFURVA ALL YOU CAN SKI

DANIEL AND HIS DREAM OF WINNING THE WORLD CHAMPIONSHIPS (AGAIN)