LIFE RE-SHOES PROJECT: A WAY TO GIVE NEW LIFE TO USED FOOTWEAR


“Every year over 24 billion new shoes are produced in the world, most of which end up in landfills at the end of their life cycle, which is a huge problem for the environment – says Sandro Parisotto, President of SCARPA. Shoes are in fact complicated to recycle, because they contain a mix of different materials that are very difficult to separate. Through this ambitious project, we are committing to help reverse the trend. One of the cornerstones of our production philosophy has always been respect for the environment, which could hardly be otherwise for a company that’s rooted in a passion for mountains and nature. After setting out the company’s sustainability principles on paper through its Green Manifesto, Re-Shoes helps us continue along this path: a commitment that translates into constant experimentation with totally recyclable and ecological materials without affecting product performance and durability.”
“This is a circular economic initiative aimed at implementing a new sustainable business model, which we hope will become an established practice within the supply chain,” explains Diego Bolzonello, CEO of SCARPA. “The novelty is that at the end of their life cycle, shoes become the source for new materials to be used directly in the production of new shoes, instead of being used for products of inferior quality, or in sectors other than the original one. Our company makes innovation one of its cornerstones, and blazing the trail into what we believe is a potential new frontier in the sector can only push us further into still unexplored territories.”

STEP ONE: COLLECTING THE USED SHOES

In the first phase, the project sees the involvement of SCARPA’s distribution network in some areas of Italy, Germany and Austria, collecting from consumers 15,000 pairs of used “Mojito” style shoes, one of the brand’s iconic products in the urban outdoor segment. Later, the collected shoes will become part of a virtuous recycling system that turns them into 15,000 pairs of new shoes, with a variety of recycled materials used in the new model between 50 and 70%. Thanks to this process, the production of new shoes aims to reduce 52.4% of greenhouse gases emission, 50% of chemicals, 65% of water consumption and 54.5% of energy consumption, compared to standard production processes. 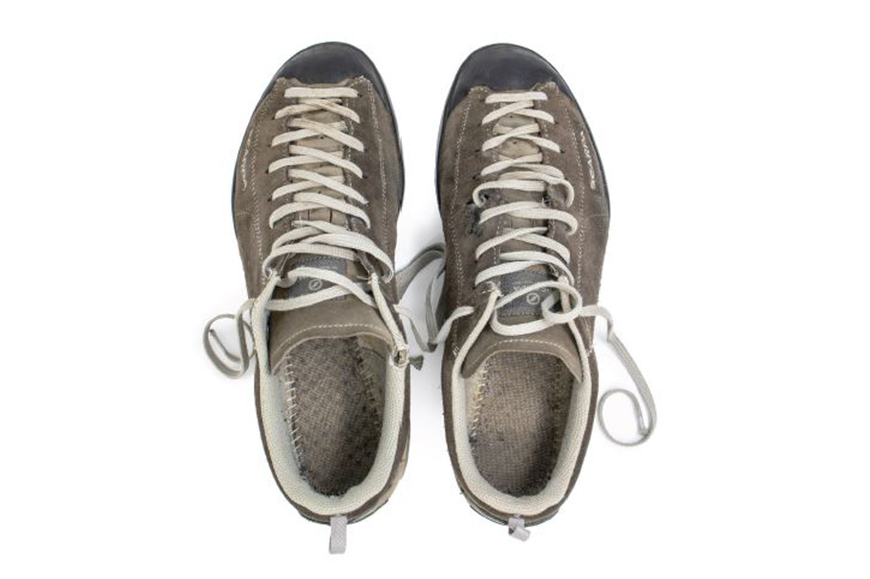 
The project is based on a completely new paradigm for recovering leather footwear, to reduce its global impact on production. The process will be based on the selective breakdown of the leather through hydrolysis, and the liquid obtained will then be used to tan the new leather without adding chemical substances. The production of recycled leather will be based on the EVOLO® process (which SCARPA already utilizes for certain products), which currently reaches up to 20% of the content used at the industrial level, with the possibility of increasing the amount up to 50%.
Specific attention will then be focused on managing pre-consumer rubber waste generated during the process of cutting shoe parts, which at present is almost completely handled by waste-to-energy technology. 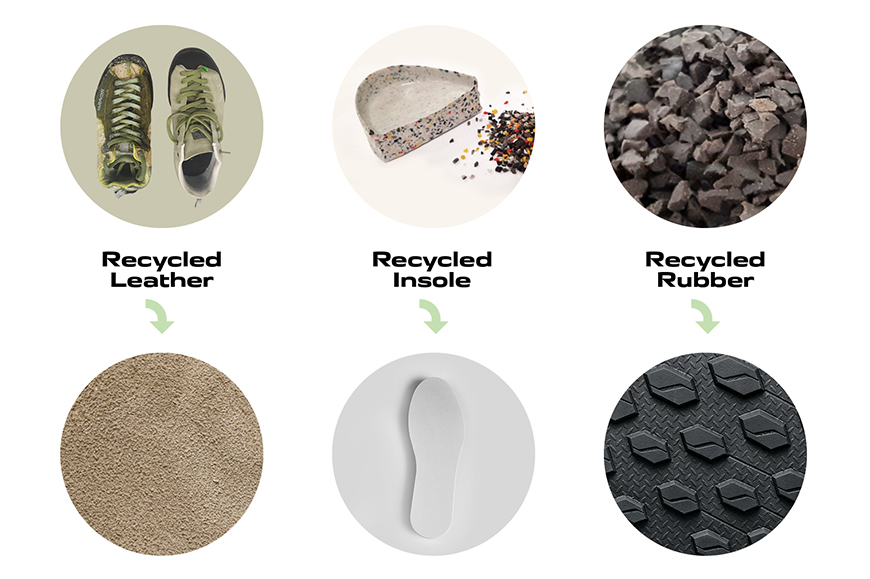 
The process of manufacturing new shoes intends to address pre and post-consumer shoes waste problem by adding them to the regenerative logic and using secondary raw materials from regenerated waste to produce new models.
A completely new and high quality style of shoe will reach the market to complete a circular and sustainable process. 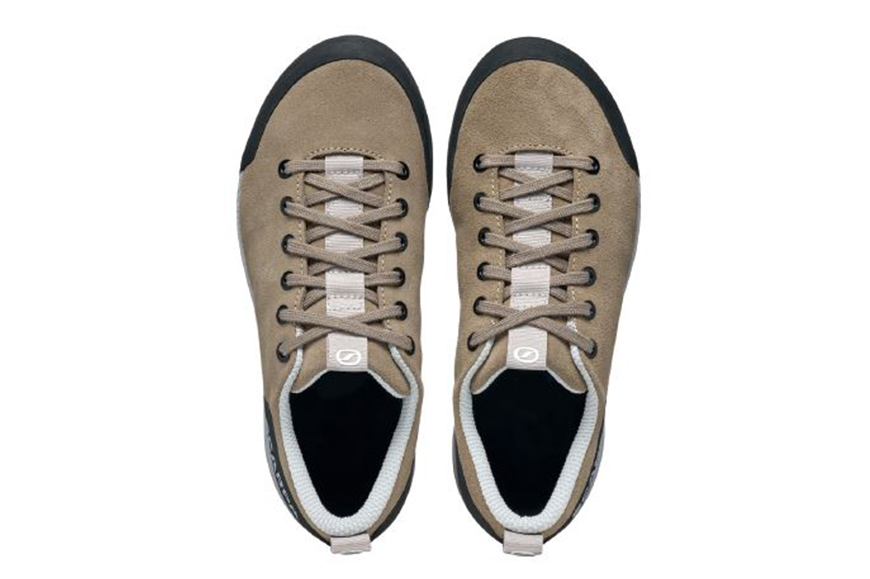 Re-shoes, a project with a value of 2.6 million euros, is part of the LIFE program, where the European Union provides funds for environmental protection programs and measures against climate change, aimed in the period 2021-2027 to facilitate the transition of a circular, sustainable and energy efficient economy. 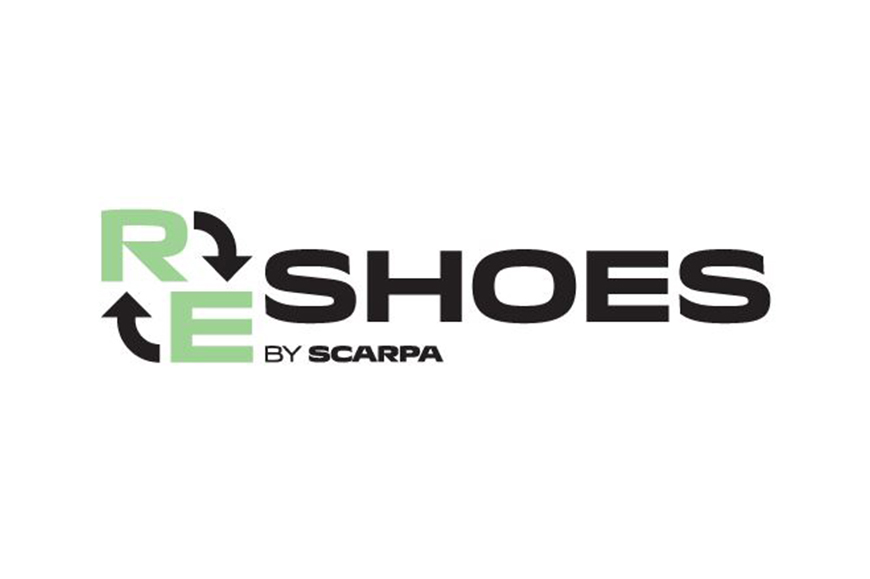 SHARING AND PASSION FOR THE NATURAL ENVIRONMENT: AT THE HEART OF THE CLEAN AND CLIMB PROJECT