Markus send us a letter from the Cerro Torre, Patagonia

I hope you are fine and everything is ok ! We have not heard us for long time.
I am back from Patagonia, the last week was super stressful but now i have little bit more time to write.
It was not possible to climb to the summit, but it was a big adventure and i make some really good photos and videos.

I climbed with the new Phantom Tech, i tested him very well ! i send you all so some photos from the shoe. The temperature was about - 25 !! It was ok, but on the limit ! :)

I was from 25.08. to 23.09.2015 in Patagonia, Patagonian winter, my goal was to make a winter solo ascent on Cerro Torre.
I made two attempts at this time on Cerro Torre, the first time I could only go up to the starting point on the west face of  Cerro Torre and deposit my equipment there.
The weather report said actually quite good weather, but unfortunately it was not that way. I spent three days at the base of the wall inside my tent in the snowstorm and my concern was not, not to climb the Cerro Torre, but that my tent would fly away with me and I freeze to death in the Patagonian Ice.
After the wind weakened a bit, I struggled, the 13-hour walk back to El Chalten. Besides two huge blisters on my heels, I had not accomplished much. 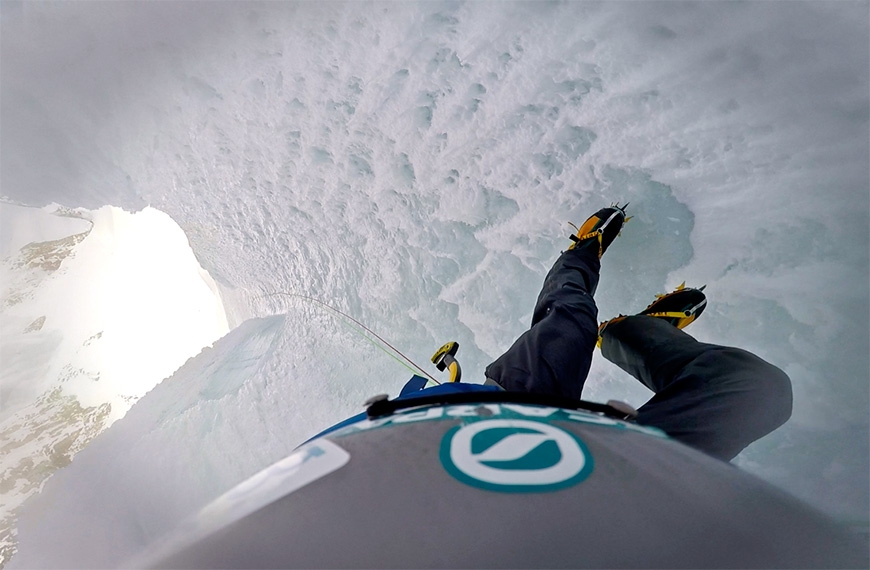 After this experience, I did not trust the weather forecast anymore, but you don`t have another choice, and I was hoping for good weather, that  had to come .
The following two weeks it was really bad weather, so no climbing - snow, wind, rain and wind, or even all at once.

The last winter day in Patagonia is the 20th of September. So i should reach the summit at least that day. But Cerro Torre and the weather did not care much about this.
My second attempt was a bit better than my first, I started on Tuesday 15 September from El Chalten to the west side, I knew according to the weather that Thursday would be quite good, only for a day, but I had to try.
This Tuesday actually was of course anything else than beautiful, the wind was finally so strong that I could no longer stand on my feet, I still do not know exactly how I managed to set up my tent.
The next day it was very windy till the afternoon, then the wind  stopped from one second to another, and the weather was really nice.

I was fully motivated and could hardly expect to go on at night and climb  Cerro Torre.
However, I knew that it would be only a short weather window and the next day around 5 pm, the weather should be bad again.
No matter, the main thing was to make an attempt and climb after three weeks of waiting and sitting around. 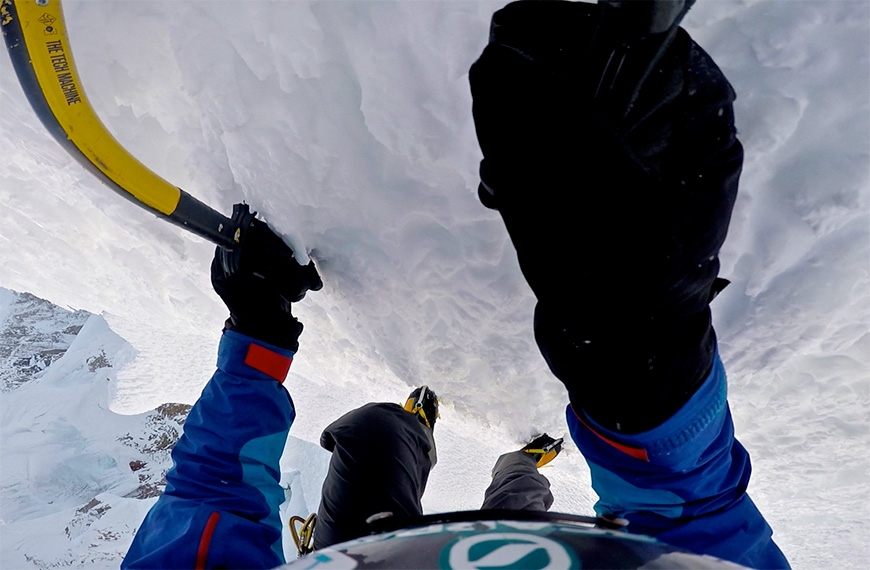 On 17.09.2015 at 3 am in the morning I started. First of all to the Col Esperanza and then on to the Ferrari - Route -direction Cerro Torre summit.
The weather was perfect, the conditions were also great, but only up to the start of the Elmo, which is about 350 meters below the summit.
Suddenly I found myself in a vertical wall of snow, but this was this loose, blown up snow.
So my rather fast climbing style turned immediately to an almost slow motion climbing.
It took me nearly two hours for 30 meters, which was much to slow. With the knowledge that the weather would be bad in a few hours, I decided to return to Elmo.
The conditions would not get better up there, and my time was running out. 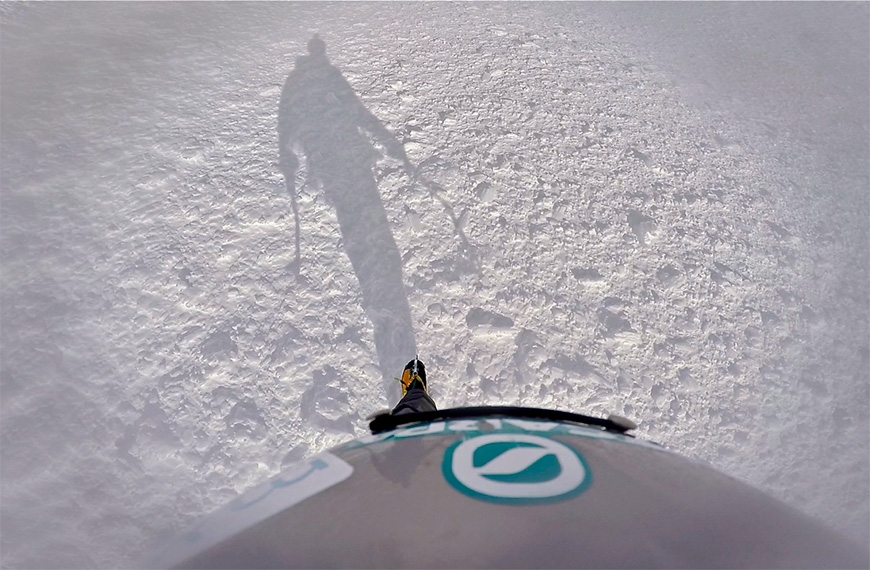 I had some very dangerous situations last year and I did not want to take such a risk anymore, that`s what I promised.
As I was lying in my tent safely, I was very happy that I turned back. The weather was superbad again.
So I cooked my dinner indoors, which was like this every day (out of 10)....incredible.
The next and the following days were also bad, the weather should get better at 20 the September, but that would be a few days too late for me.... unfortunately.

I went back to Chalten and spent two really beautiful spring days in Patagonia...... with one or another beer.
But I already know that I'll come back again, back to Patagonia, back to Cerro Torre in winter.
Thank you and all the best Markus 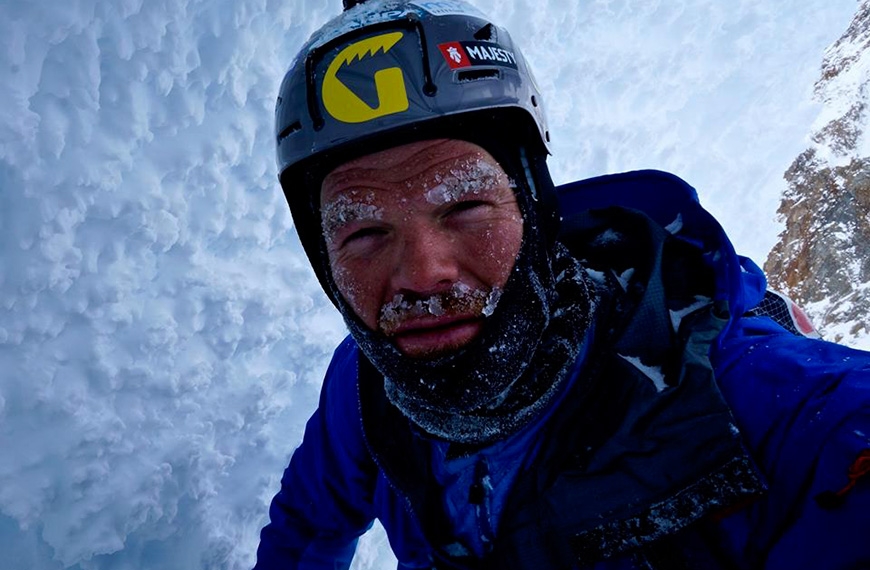