Do you want some problems? Juri can help you! 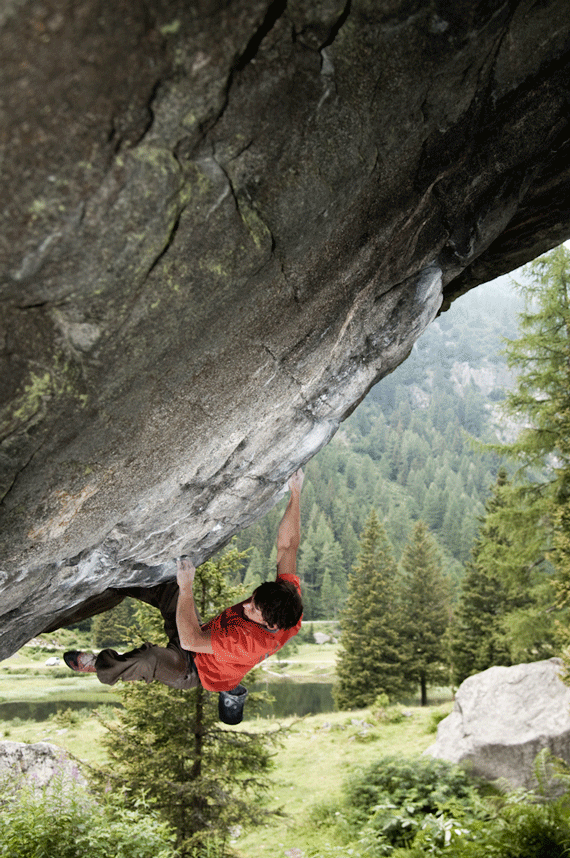 You drive me crazy, 8a al settore Nudole 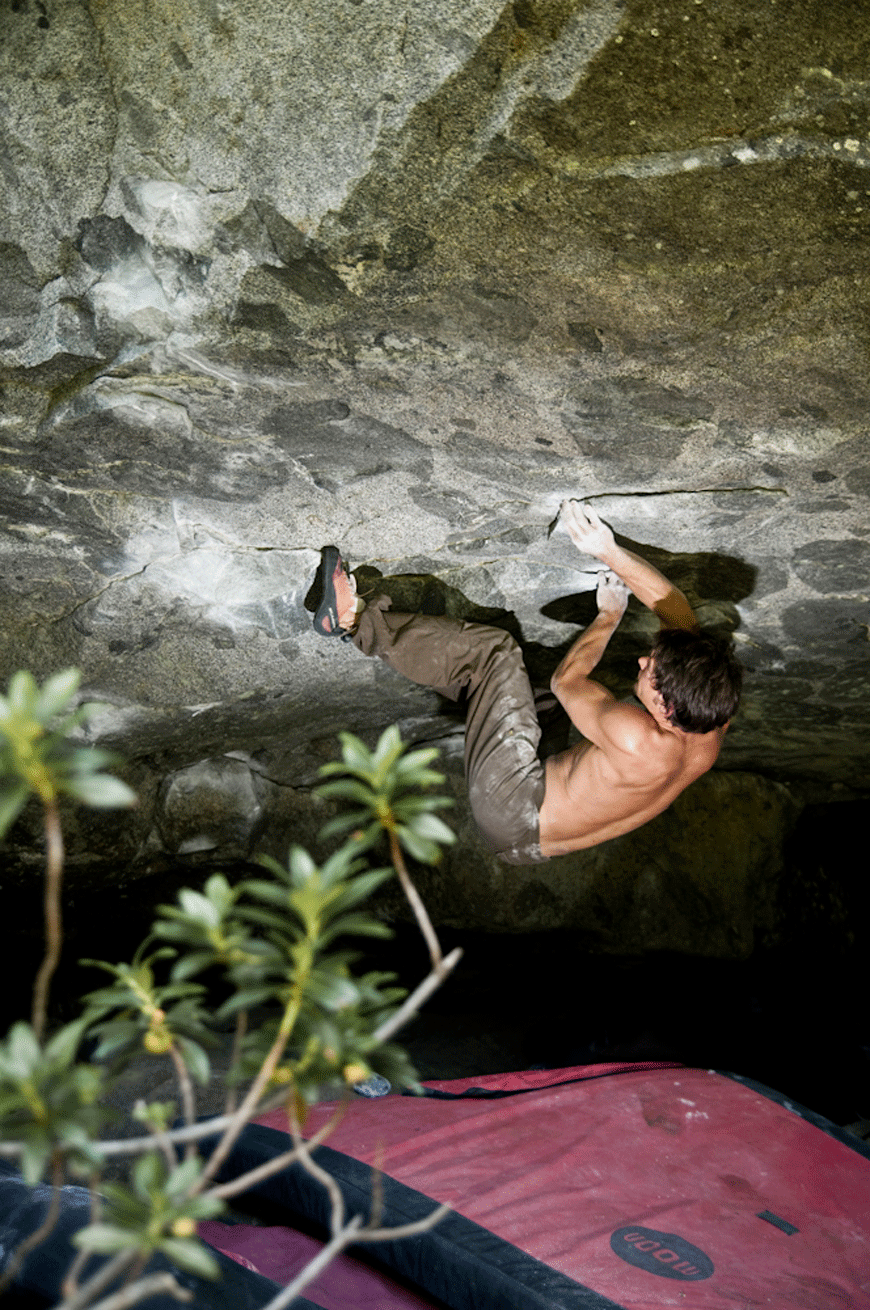 On You drive me crazy, credits Emanuel Moosburger

5 best problems Fontainebleau
Huuu, just 5? It's hard, but I try: 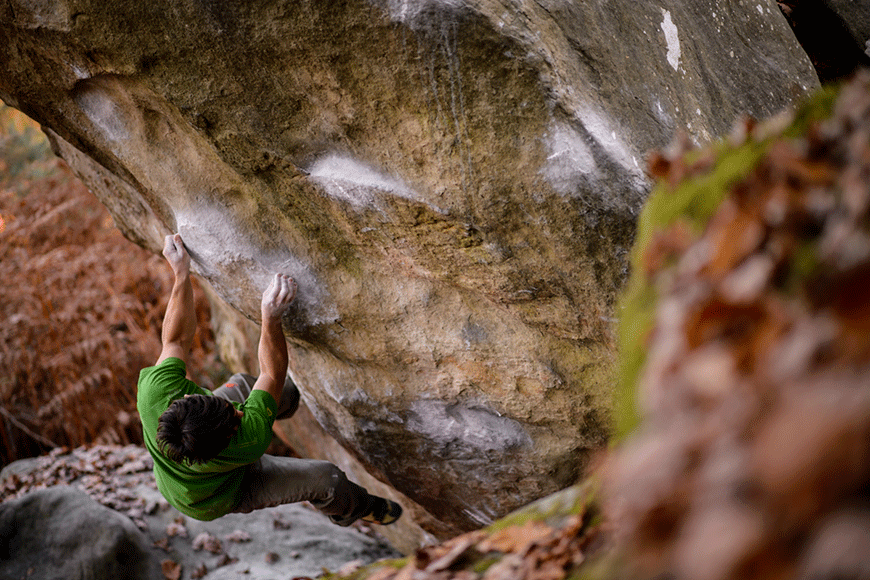 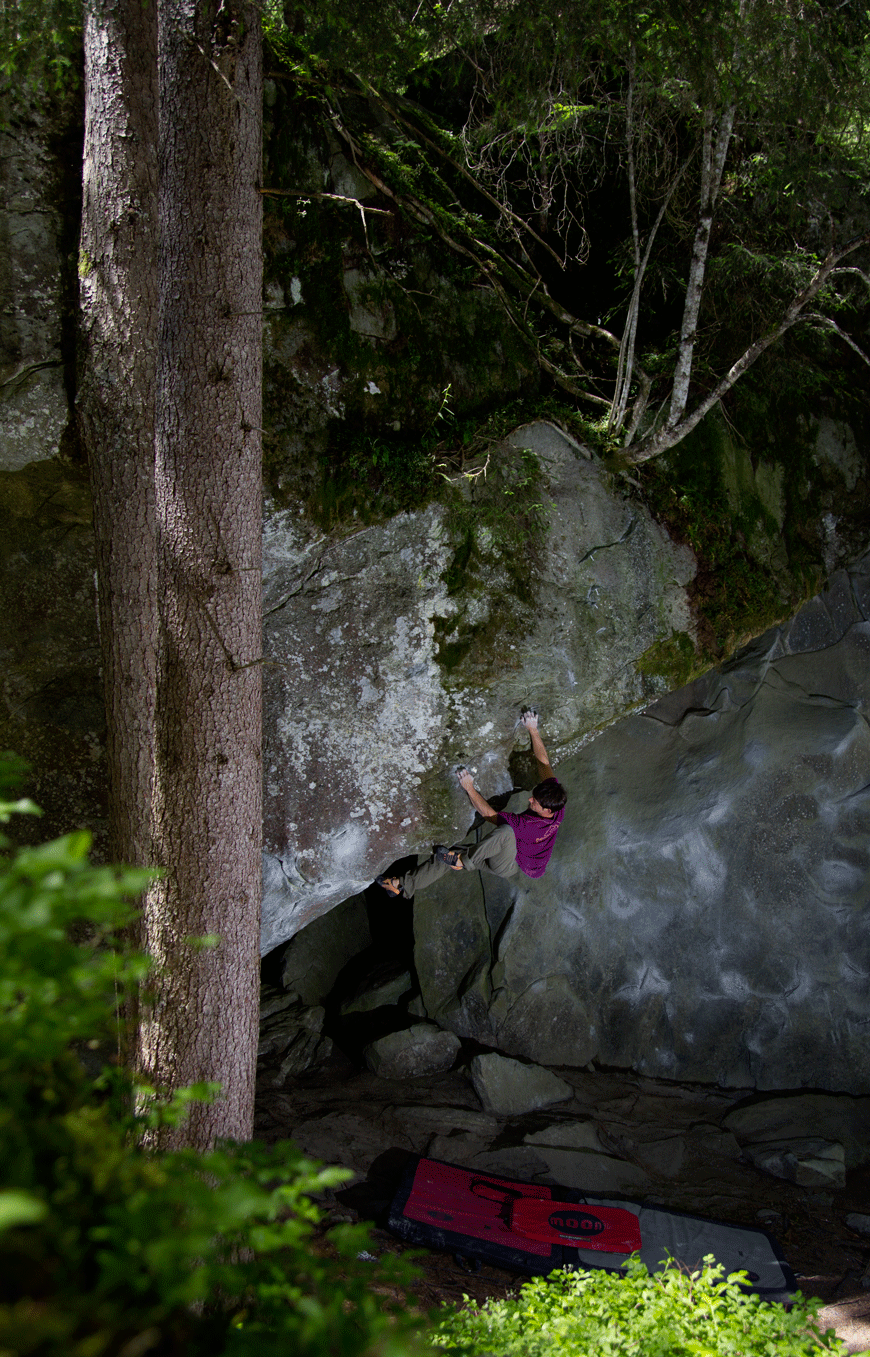 3 Problems of balance?
All i did and tried are in Fontainebleau area!
For sure Partage; Duel e L´angle parfait 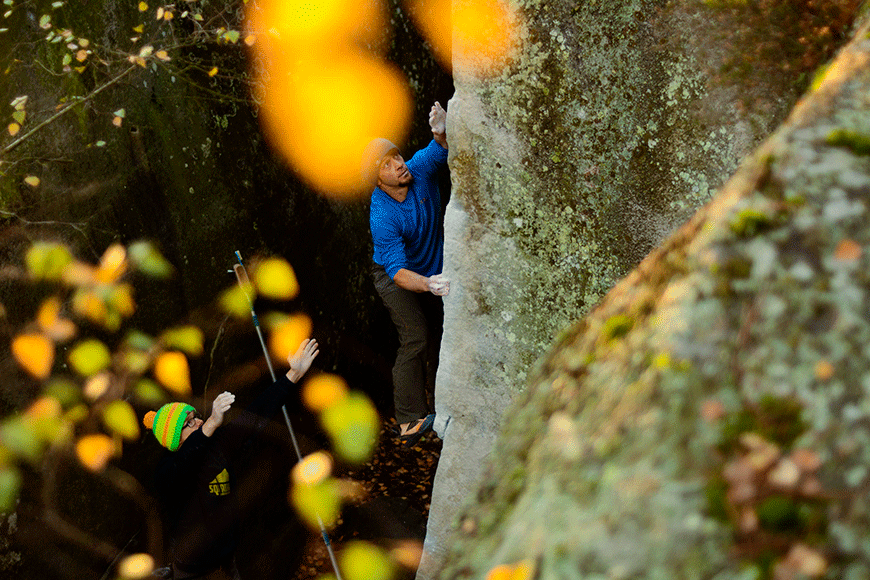 If someone likes to climb on slab and using balance, I think Fontainebleau is the best place. Just from low grades (5°, 6°) there are  problems hard and funny!

The best block for have a nap?
I went once in Meschia, Marche, Italy. Me and my friends were without any place to sleep, it was raining and there was no chance to sleep in the cars. So we slept under a block, named "La Fionda" if I remember correct. Great night, dry and quiet

Never get drunk under a block?
No never.  But there were many many party that beginned under a block, then for celebrate or to forgot the defeats... hahaha 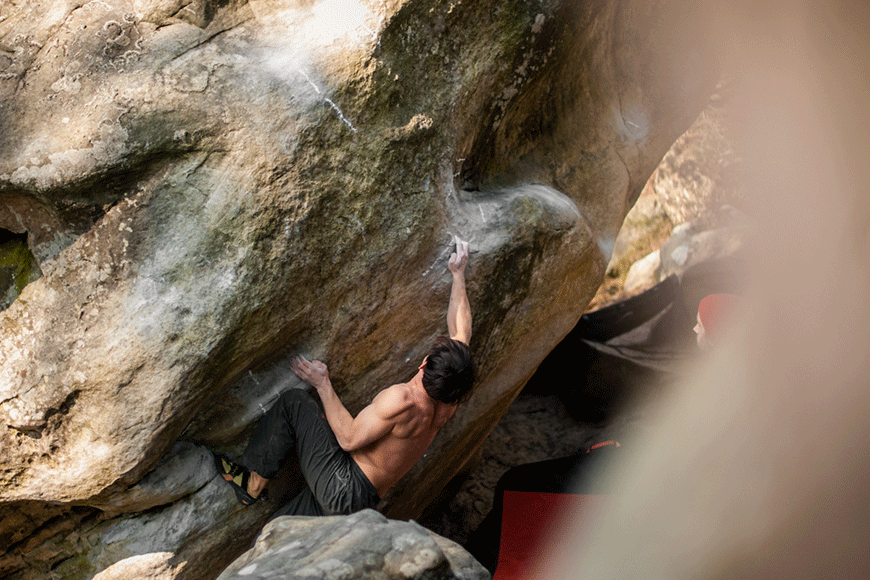 The block that required you to brush more the holds
The last one I clean from kilos of chalk was in Lagundo, on the problem Fugu. Unfortunately the brush wasn't enough so I used water, vinegar and then brush again for clean it.  It's a problem nowadays that climbers lost the habit of cleaning the holds and the tickmarks they do.

The problem with more moss to clean off
Hard to say! There are different spot here in Lagundo that requires till three days of hard work to be cleaned... 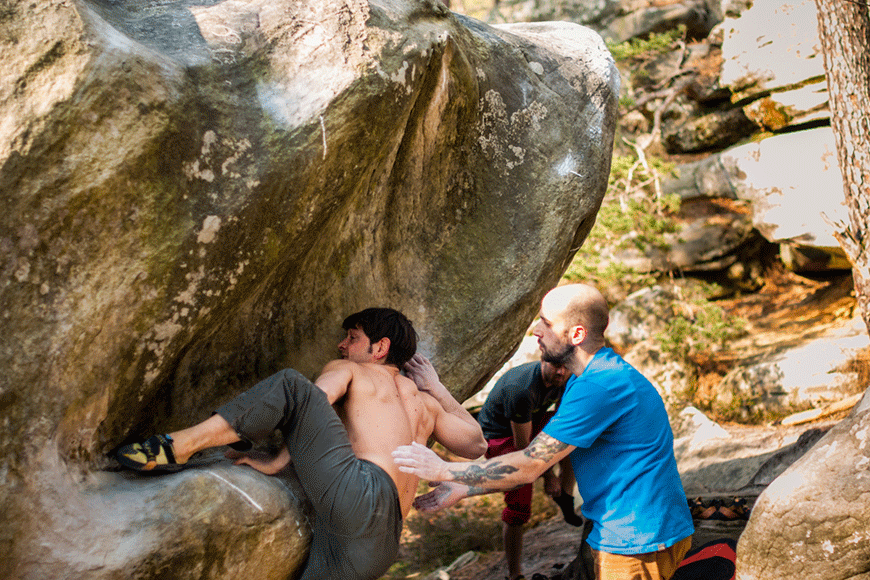 Top 3 of problem you open
Im Schatten der Großmeister, 8b,
The egyptian arete, 8a 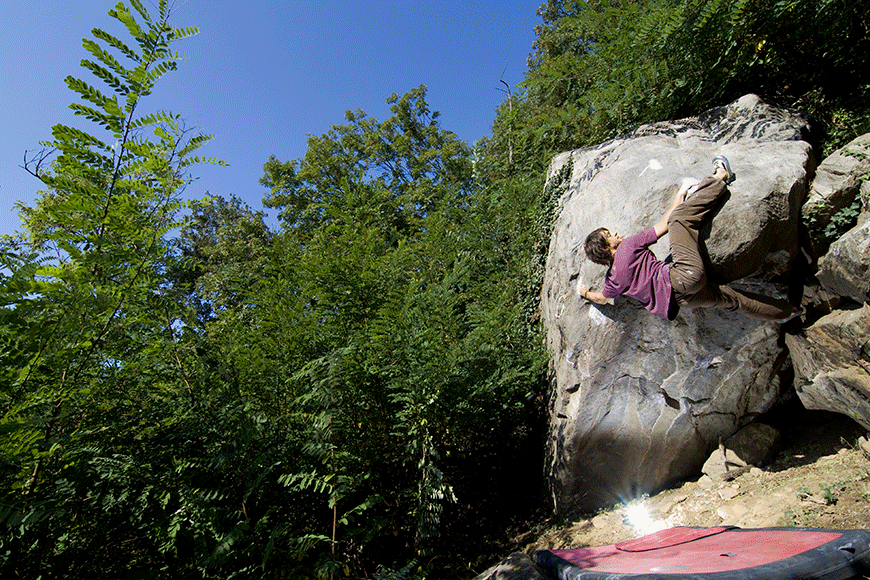 Scared of the shadow, 7c+
All in Lagundo!

The block it requires to you more attempts for be solved
Im Schatten der Großmeister in Lagundo. I tried this problem for three seasons. And for two seasons and a half with the wrong sequence on the crux. When I realized that I was doing it wrong, I had just climbed a couple of 7c problems and I wasn't prepared enough. Not much experience, often alone and without never tried this grade of boulder makes me going crazy for solve it!
But now I have more experience so I think more before start working a block that I know is hard! 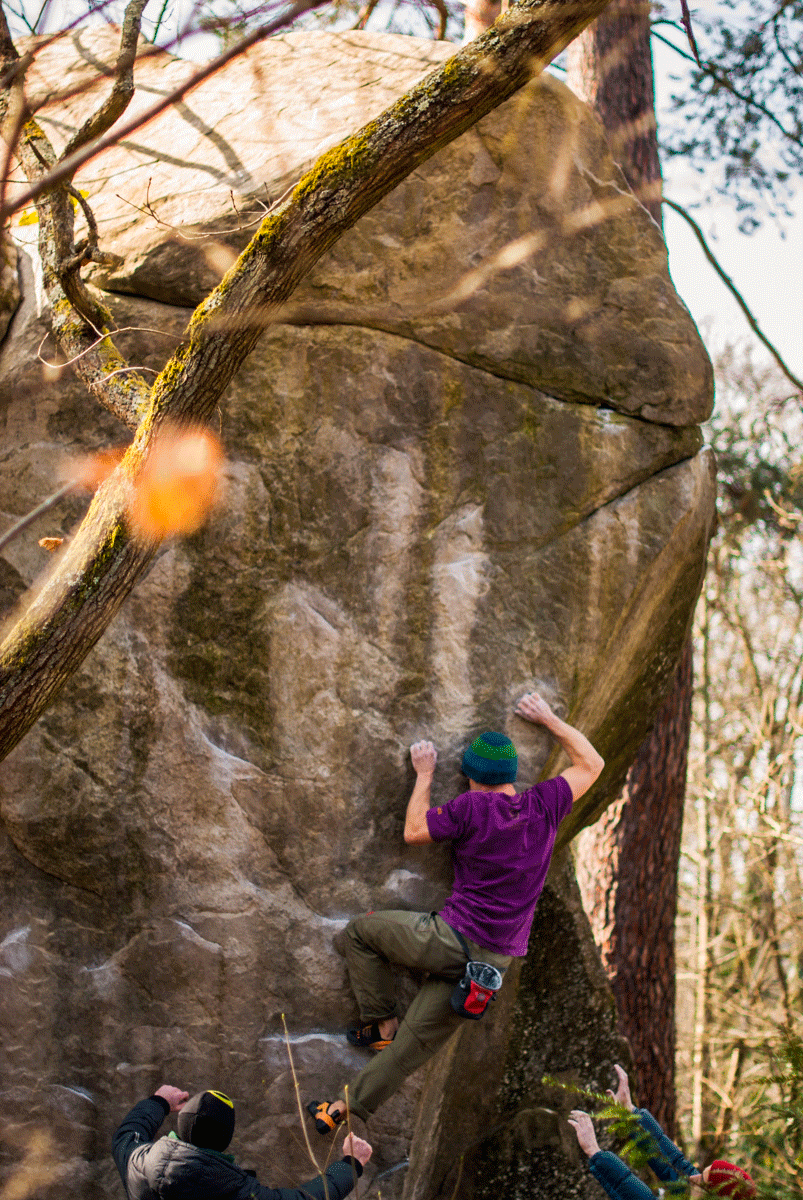 The problem that you was more happy to send?
There are many blocks that for me are important, like Im Schatten…(Lagundo), because of the tons of attempt, or Les Beaux Quartiers (Fontainebleau) that I always dreamed to send.  Sweet emotion (Val Daone) after recovering from the injury to one tendon.

3 problems that evrybody should go to try at least one time!
Super hard question! It depends on your taste, so it's hard to suggest. The last special one I sent is La Marie Rose 6a at Fontainebleau. This because is a storic one, is climbed from 1946, so it is 70 years old! 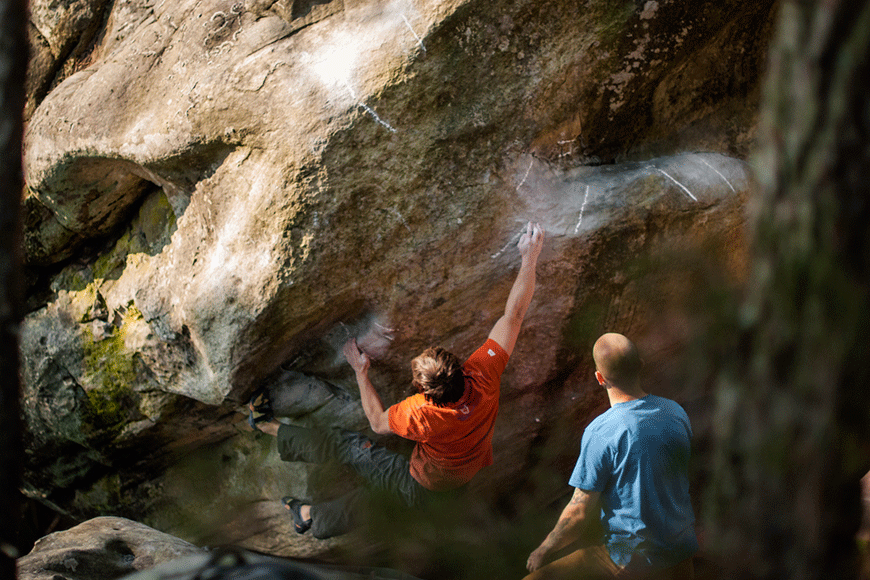