Joe Grant, the athlete capable of defeating the Tarahumara and running five days in Alaska (in winter)

The story of an American who wins races, but who feels like an explorer. “I love adventure and I talk about it with the Alpine Works project”

Tell the story of Joe Grant’s life means to immerse oneself in the existential adventure of a philosopher of alpine running, an athlete who starts by racing and ends up finding the ancient passion which feeds explorers in his very blood. But there is not just muscular power and mental resilience in this man, who was born in England and moved to France with his parents at six years old before starting to wander the trails of half the world, from Alaska to Japan, by way of Mexico.

There is also a cultured spirit, one which has given itself the lifelong mission of telling its story, to tell the world about the nature it lives in. A runner who today defines Colorado as his home, so much so that he wanted to spread the word about his homeland through the most extreme expeditions. The Nolan 14 is the ultimate emblem of his passion: 14 peaks over 4,200 metres high, reached by running for over a hundred miles. 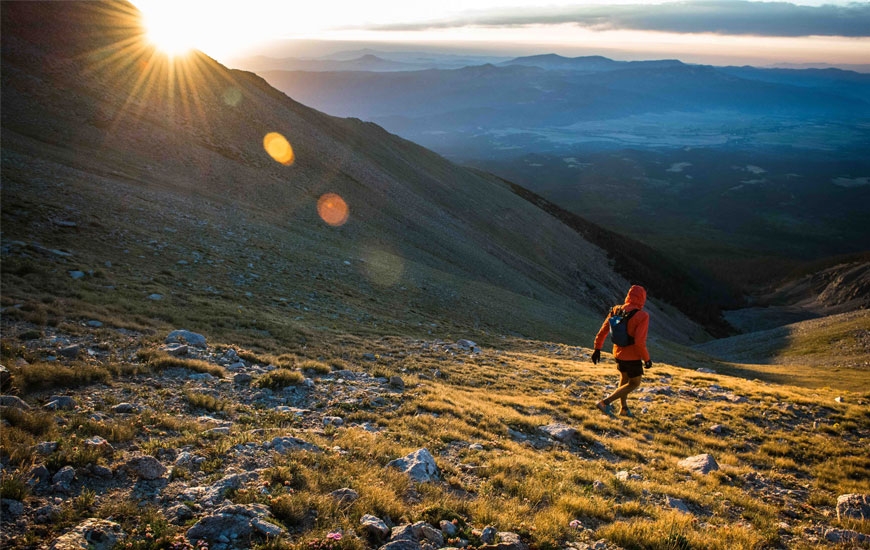 Joe, you’ve experienced a lot of challenges. But one of the strangest is most definitely Copper Canyon, in the race organised by Caballo Blanco with the indigenous Tarahumara people... How did you manage to win?
“It was my second race, I went there in 2008. Christopher McDougall had been there the year before, but his book came out the year after: it’s the world bestseller “Born to Run” which has spread the culture of ultrarunning everywhere, selling almost three million copies. The landscapes were insane, it was tough. But I won against the strongest tribe of superathletes in the world, who still run barefoot: I don’t know how I did it. But it was spectacular.”

Before you entered the racing arena, what were you doing?
“I have always loved living outdoors and I discovered that by running in the mountains, I could do very long excursions in very little time. To see landscapes that would have taken me three days of walking, all I needed was a little more than a morning. What’s more, I didn’t need to bring my backpack, except for a few essentials for survival. I started running to go farther, to explore more places in the shortest time possible.”

At that time you were studying to become a manager in NGOs - what stayed with you from that experience?
“I’ve always wanted to try and do good for the planet, and now I’m keeping that inclination with a constant commitment to my project, www.alpine-works.com, where I collect my adventures, photos, and even the film I shot in 2016. It’s a way to spread the word about the environment and defend the beauty of nature - I like showing off the beauty that the world has to offer through my performance.”

Now that you’ve run thousands of miles, do you know what your ideal race would be?
“I really thrive on variation. My perfect race would start in a city, let me run through a plain, then take me up and lead me to very tough technical stretches, all the way up to the top of the mountain. Then I’d rush headlong downhill and fly down to the bottom. I like using all the different techniques, I love variation.” 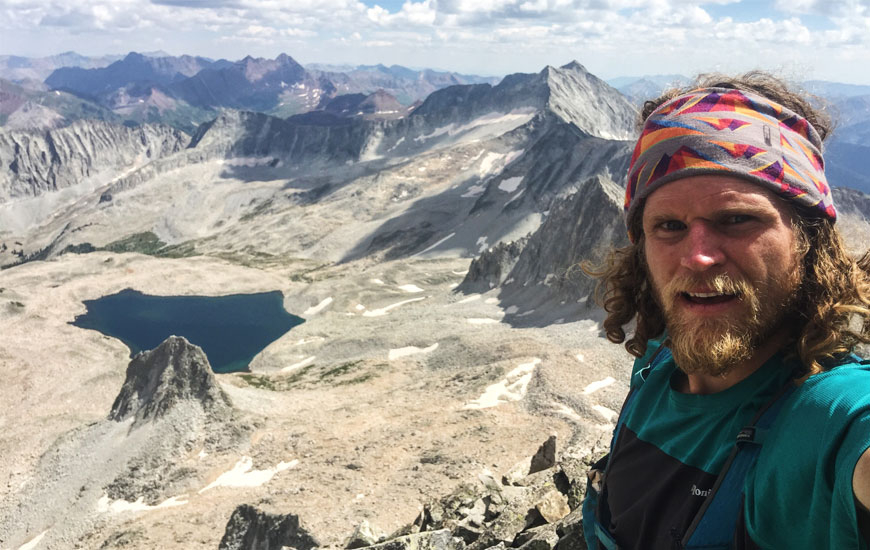 One of the medals you wear around your neck is the one you won in Alaska: the race lasts five days and you run in winter. How can you prepare for such a challenge?
“More than just a race, it’s a form of extreme, semi-self-sufficient exploration. You run through the white nothingness, it’s over 560 kilometres in the snow at below-freezing temperatures. There is no real way to train for such extreme situations, you just need love for pristine nature and the desire to keep going further, keep pushing yourself: nowhere is too far when you know you can reach it.”

You always repeat that the race that best represents you is the HardRock, which is considered legendary by ultrarunners. Why do you love it?
“It’s the Centomiglia of my hometown, the dream that kids have from when they’re very young. The route includes steep climbs, downhill slopes with scree, ice fields and fords. The climate is changeable and can change quickly, bringing thunderstorms, rain, hail and strong winds, so you need to be able to be autonomous for hours on end. I run it every year, it’s my life. It has everything I love about running in the mountains: a supportive group of athletes, adventure, and the carefree joy of nature.”