JERNEJ KRUDER BACK IN THE GAME

The Slovenian Champion is back after a bad injury
Jernej, this is the first ascent of an old project of yours, tell us a little about the story of this route
This small, very steep area is located close to Golobove pečine, which was already an area with lots of hard routes. In Sopota at the time, there were only easier routes (up to 7a) on the other side of the waterfall.
In 2011 I found the most logical line "The secret" and graded it 8c. Nowadays, it’s one of the easiest routes in this sector. A year later I bolted another line. I knew the line was possible, but I just couldn't solve the first bouldery crux. So I added 2 bolts to the right and found an alternative boulder start which I could do. That boulder is probably an 8a dyno, it follows into beautiful power-endurance climbing for another 15 meters. In 2014, I finally managed to put everything together and that's when "In time" 8c+/9a was born. Since then, I've been slowly running out of projects near my home, so I decided to finally try and solve the original start to that project. I knew I would have to jump, and it would be a very complex and hard jump, but I wouldn't give up!Luckily, with heavy determination I finally held the dyno swing in 2019 (boulder start grade- 8b FB), just after my second World Cup victory. I had to keep on coming back, so I could finally put together the whole route - "Peščena ura" 9a.

Do you have other projects in mind at the moment? How do you approach outdoor creations? Do you have a plan with set goals or do you just go climbing and the "miracle" happens?
Of course I have some projects in mind. And it's not too hard to choose which one to try, since there are not so many left. So I travel around Slovenia, and try to choose places where my friends have something to try as well, or where conditions are better. At the moment I'm trying another 9a route in the northern part of Slovenia...waiting for a miracle to happen.

The injury that you have apparently completely recovered from has kept you from climbing for a certain period. Have you dedicated yourself to anything else? How did you live those moments without such a central element in your life?
Luckily I could start climbing again just a month and a half after the injury. In between it was hard, since I had so many projects in mind that I wanted to finish. Also all of my hobbies require the use of my arms, so it was hard to find something that would keep me busy during the rehabilitation. The only logical recreation for me was hiking. So in those 6 weeks I visited quite a few peaks I’d never visited before. Slovenia is such a beautiful place to be. Then, as soon as I could, I started climbing on some easier routes. 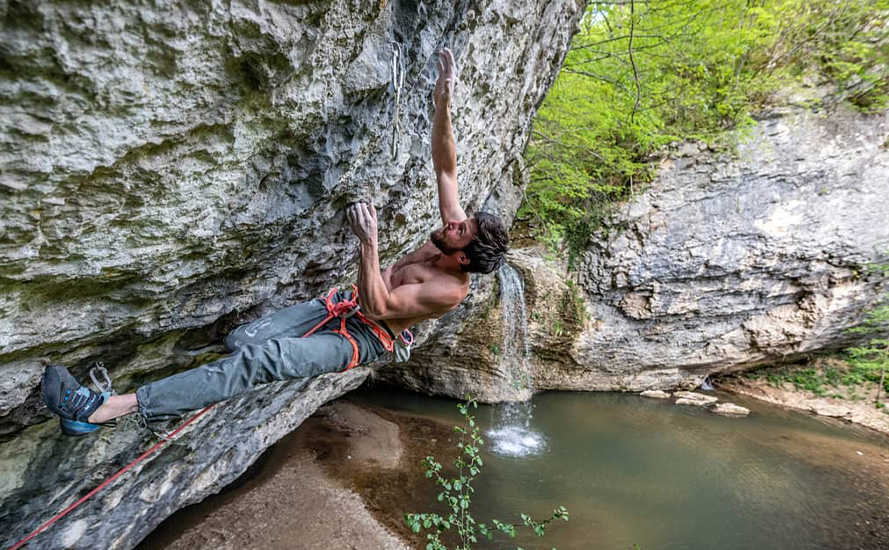 Do you feel like giving some advice on how to recover better after a bad injury? What was your secret to returning to a high level very soon?
I'm not an expert on giving advice about rehab and also, there are millions of injuries that all have to be treated differently. I had a really good doctor (Volker Schoffl). We were in touch all the time, he showed me exercises and that was it. Of course, there's also the mental part of recovery. For that, as I said, I had to find myself a new hobby that would pass my time. I also kept my projects in mind, so I kept on climbing them in my head. As soon as I could start climbing again, there was no hesitation. The first month was pretty hard, since I still felt pain while climbing. Keeping projects in mind was the only thing pushing me forward, it helped me to forget about the pain. It was good to feel the progress. Climbing my first 8a after the injury, then 8a+, 8b, 8b+, 8c, 8c+ and finally 9a.

We can't help but ask you a question about the global health crisis we are experiencing, has anything changed in you? And if so what?
Nothing. There is a little bit of anger inside me, since I'm not allowed to travel to other countries, but that's what we've got. Luckily the situation in Slovenia wasn't too bad, so there were just a few days where I was locked down to my balcony and in my parent's gym. On the other hand, there was no pressure from the National team, and I have all the time in the universe to spend on what I love the most- climbing outside. 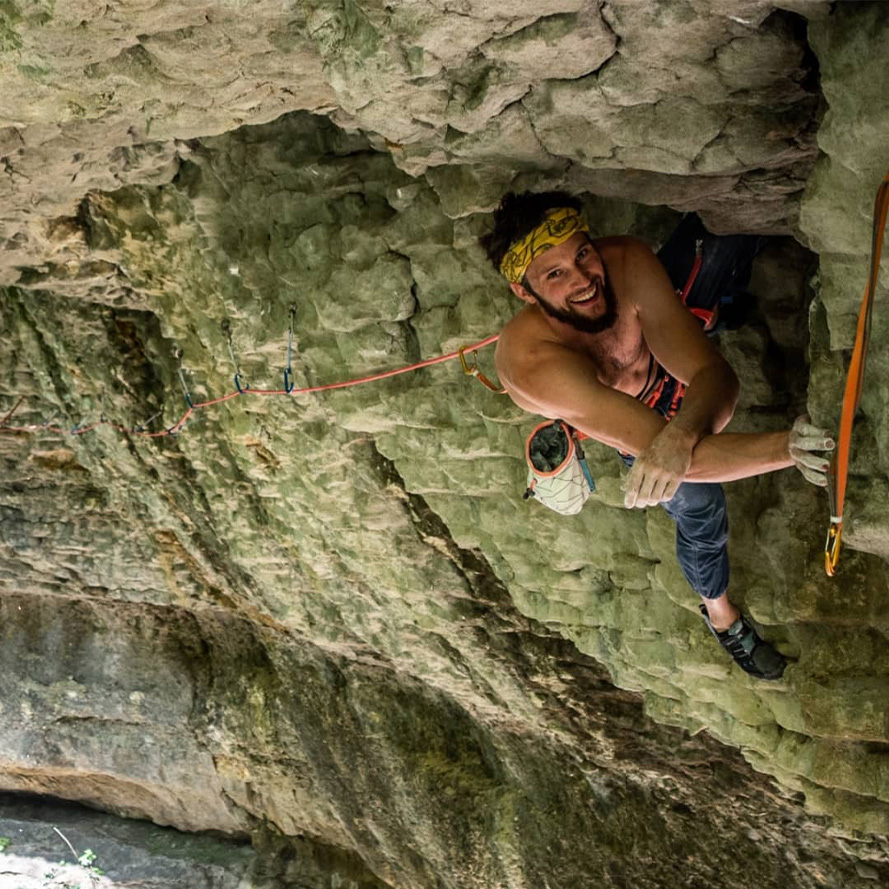