Here is how an alpine running race is organized

The Tre Cime Experience sky marathon is scheduled for 9 September. Ivano Molin discusses the passion and commitment of those who work all year to prepare it. We love the mountains but the sponsors and bureaucracy make for a lot of hard work.

You can see them of Facebook as they knock themselves out clearing the trails. You can find them at the races handing out the pamphlets of their event. You can spot them on the streets and refreshment stands: they smile at you, they high-five you and even give you some water. And then they’re at the finish line to put the medal around a racer’s neck and there to feed you at the pasta party. These are the volunteers at the trail races: an army of people in constant expansion who show up here and there in the mountains where the organizers of alpine running events escort that colourful and crazy circus of sky runners.

One of the lesser known stages of the races is in full swing these days between Misurina and Auronzo: the organization. The Tre Cime Experience by SCARPA® is coming up. On 9 September there will be a double race made up of the Misurina Sky Marathon (42 kilometres with an elevation gain of 3000 metres), the fifth edition of a long race that covers in part the same trails of the Cadini Sky Race (20 kilometres with an elevation gain of 1600 metres). 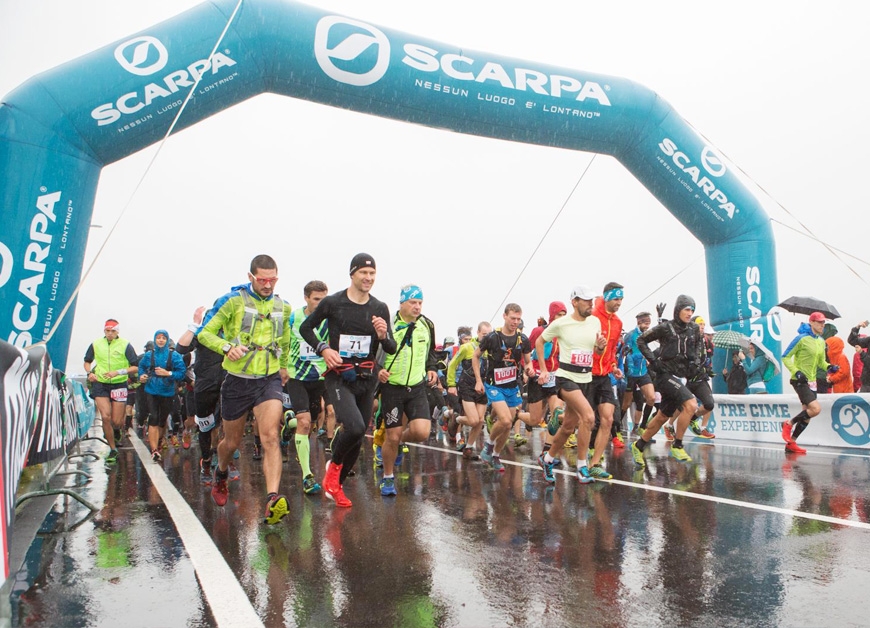 The mind and heart of one man make it possible for about 1000 runners to be thrilled under the Three Peaks of Lavaredo. That man is Ivano Molin, a forest ranger with a natural penchant for ultramarathons. He came in 22nd at the LUT – an outcome of epic proportions. When he’s not running on the trails, he dedicates every free minute he’s got to “his” race. When asked why he does it he replies: “I love running and whenever I go to see others race I fall in love with the place I’m at. My home is in Misurina and so it seemed only logical that I should organize an event that will familiarize people with the places I live my life in. Plus, the Three Peaks of Lavaredo are here too…”

The trail chosen by Ivano and his team (there are five associates at Cadini Promotion event-organizing firm) enhance and promote uncharted trails and even include some in the race. There are other special treats for mountain buffs such as the opportunity to see the remains of World War I above the Col De Varda shelter or under the Sant’Angelo ridge. Ivano likes to show the passages to people personally. Backpack on his shoulders and taut muscles, he becomes serious when he says “Even if the trail changes at times, unfortunately the weather these past two years has been lethal. Two years ago, we had to chart the entire itinerary over the night before the race. I went to post the indications myself”. 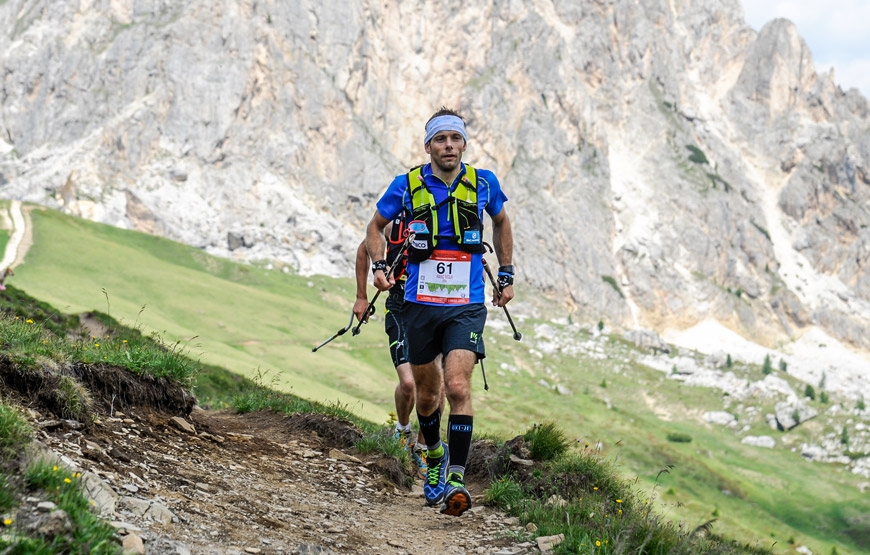 Passion for the mountains is not enough, though. Organizing large-scale events like this one calls for many different activities. Ivano explains: “We have been attending to all the red tape these past few months – from the permits needed to install everything from the tensile structures to the showers. Then there are the sponsors to deal with, the ones who make it possible to put the race together. Participant registrations barely cover operating expenses. Luckily, we have 150 volunteers who help us out. If it weren’t for them, there would be no race!” The rest is based on communication and advertising: social networks, the website and many, many flyers and pamphlets. “We attend the races and sometimes we put up a booth like at the LUT”.

But the most important stage of the organization process is now. Molin presses the point that “…we are beginning to elaborate logistics: outfitting the EXPO at Auronzo, preparing road signals and planning the pasta party”. He also has a suggestion for those who will watch the race: see it from a runner’s standpoint. “While we’re here committed to creating the perfect conditions for the race, I advise everyone to try out the trail between the months of July and August since all the shelters are open and the paths are accessible. These places are magnificent”.

Lastly, there is the issue of “competition”. And an athlete like Ivano who knows how to beat his opponents and whose efforts are so rewarding for the SCARPA® Team knows all about this. In this case, the opponents could possibly be the abundance of races organized throughout the season. “I’m happy that there are so many races, at least the ones that are well-organized, because the more you run the better it is. We have our own technique to get people to run with us. People coming from abroad really love the Three Peaks of Lavaredo. It goes without saying that it’s the most beautiful place on earth. For everybody else, we use our secret weapon of courtesy: from when the participants pick up their race bibs and start (and throughout the race) to the refreshment stands, the arrival at the finish line and all the way to the showers. We only ask one thing of our volunteers. To keep smiling and to be kind and courteous to our sky runners”.