Giampaolo Corona and the G-I: "A dangerous climb with constant surprises all the way to the top"

Giampaolo tells us how it went up there last month during a difficult high-altitude season in which very few mountaineers had any success. 63 people made it to the top of K2 thanks to a well-organized commercial expedition while, on the other hand, the only athletes to reach the peak of the G-I were Giampaolo and his companion Luis Stitzinger. Similar results for the G-II ascent where only a single roped party climbed to the top.

Giampaolo has been familiar with the Gasherbrums area for years. He climbed the G-II in 2011 and he attempted to climb G-II and G-I in sequence in 2017. “The Gasherbrum I has fascinated me since the first time I laid eyes on it. It’s majestic and harsh”.

“The Glacier leading to Camp 1 is very dangerous and above camp 2 there is a steep section of rocks covered with snow here and there”. Giampaolo spared no energy and he equipped the fixed ropes personally for this section in hopes that the weather conditions above 7000 metres were suited for the climb. In fact, there was a sudden and violent blizzard at Camp 3 just the day before he attempted to reach the top. The other mountaineers decided to descend but Giampaolo and Luis decided to wait it out, holding on tight to the thin hopes of success: they were on top the next day! “I took on all the obstacles with optimism and gave it all I had. Once you’ve made it to a certain altitude - and after many exhausting hours – the thing that counts the most is your state of mind. It’s pretty black and white in these cases. Either you’re good to go or you’re not”. 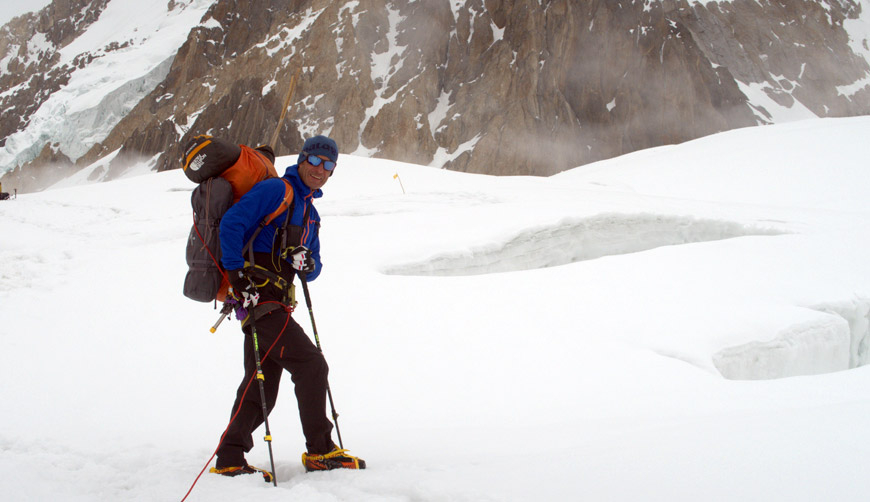 We asked Giampaolo how he prepares for a high-altitude expedition:

“I don’t do any competitions but I train by riding my bike on the road and, obviously, I go climbing. I always do this during the months before a trip. Every day at a normal-to-average rate and sometimes even twice a day. That way I can get my body in shape rather quickly and use the fats for fuel”.

You need great physical and psychological stamina to withstand these rhythms during training and to endure the strain of an expedition. But that alone isn’t enough. You have to truly love the challenge before you with the unknown.

“Climbing technical terrain at high altitude that nobody has ever been on before you is the utmost in terms of satisfaction but in order to do this you need years and years of experience. You cannot just get up there and improvise. You have to be really, really motivated and have the right companions with you”.

Giampaolo has worked as a mountain guide in the Alps for twenty years and has been on the helicopter rescue team for ten. He lives between the Dolomites and his beloved Himalayans. His is a life in the mountains with a passion for the highest peaks. “I go to the Himalayans and Karakorum seeking inner peace and I find it almost every time”. 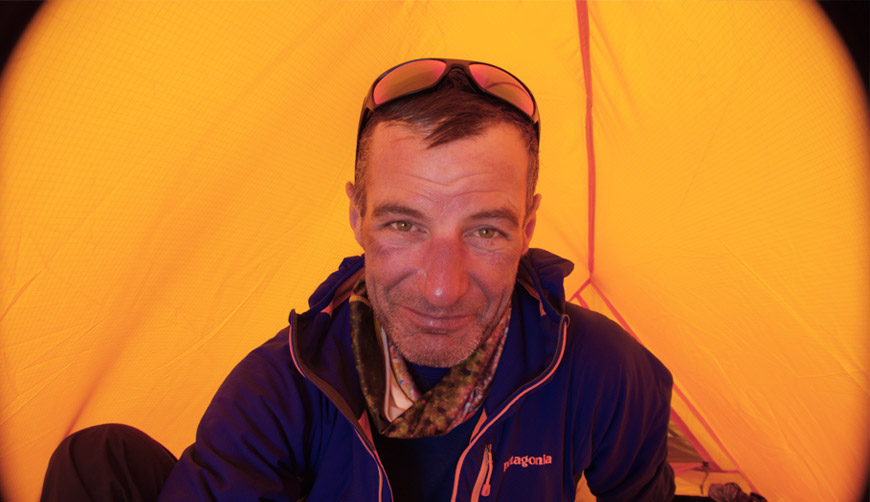