Franco Nicolini, the art of concatenation exported to South America

Climbing mountains in succession, one after another: pulling out a series of lifelong dreams and moulding them into a single, magnificent expedition

Concatenation, climbing several mountains or walls in succession, has been one of the developments in the world of mountaineering. Initially a visionary concept, it embraces the idea of not feeling full gratification from climbing a single mountain and therefore wanting more of an experience. It might seem excessive and piggish, as if one were incapable of being content with and enjoying the achieved goal. It might sound like wanting to reduce or even trivialize something that normal mountaineers consider a great accomplishment in and of itself. But concatenating mountains is really about just spending as much time as possible in them and challenging our limitations and our notion of the impossible. Concatenation, for those who are technically qualified with an extraordinarily trained body and a mind capable of holding immense dreams, represents the opportunity to invent countless challenges.

Franco is a Mountain Guide, a Helicopter Flight Rescuer and a Mountain Rescue Instructor. This is a man who has been up in the mountains for a lifetime. A man who has been acclaimed for his light, rapid and precise ascents. He started climbing near his home where he loved to get on as many trails as possible in a single day only to continue the following one: adding up the elevation gains results in a number that would make your head spin. Then came his expeditions: adventures in the wake of pioneers and untouched peaks from Asia to South America. Franco had a lot to show for his efforts and so he decided to try his hand at ski mountaineering. The results of this experiment were equally outstanding. He put all of his training at the service of the Himalayan expedition style, delivering the motto “speed, lightness and safety up to 8000 metres” to the world for the first time. He continued to mould challenges worthy of his talent such as concatenating all the 3000-metre mountains in the Dolomites and then all the 4000-metre mountains in the Alps. This year, he has condensed all of his experience into a single endeavour: concatenating South America’s highest mountains into one expedition.

Franco has defined it as a lifelong dream that has come true: a mega-concatenation with thousands of kilometers of travel. He, along with Thomas and Silvestro Franchini as well as Michele Leonardi, climbed the 13 highest mountains in Chile, Argentina and Bolivia. It was a wild, genuine adventure where everything went smoothly for 42 days thanks to excellent organization and favourable weather conditions. As was to be expected, however, ascending the three highest peaks in Peru has been postponed to September due to the high risk of avalanches. 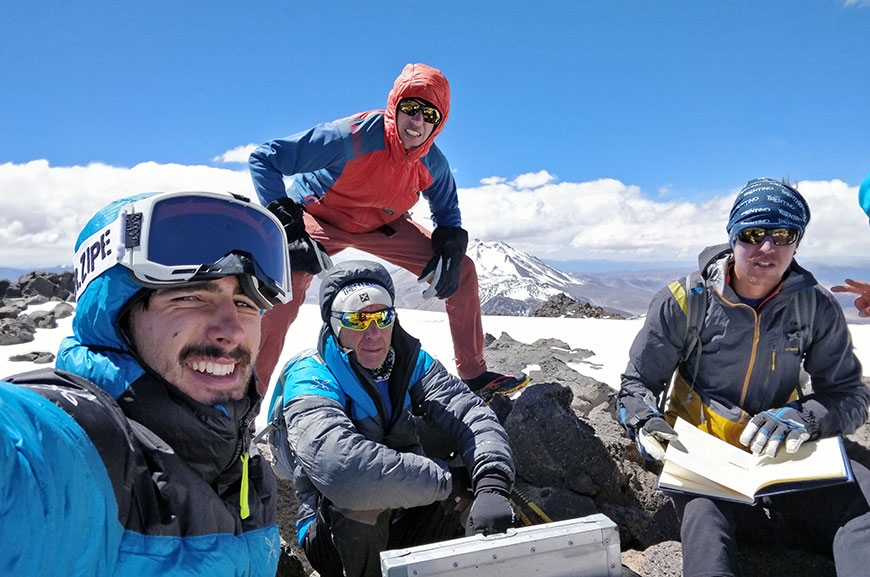 The 3 peaks left to reach:

So, we’ll be seeing you next fall!