Filippo Canetta, the explorer who loves getting lost in the great outdoors

The story of the ultrarunner who used to be a smoker and with a destiny lost in the mountains. I didn’t understand how important human relationships were until I got to the dunes in the desert"

“I was vacationing in Norway with my family and had managed to carve out a couple of hours for myself so I put my shoes on and started running. I found an uphill trail but I didn’t have any water with me. I found some tracks; they looked like prints so I followed them. I went on and on until I found her. A beautiful female reindeer. This is what defines a trail for me. I don’t follow charts or signs and I don’t look at my watch. I like exploring nature”. Filippo Canetta is 46 years old and has only been running for eleven of them. He became a legend in April of this year: he was the first among the Italian participants to make it to the finish line at the Marathon des Sables, the semi-self-sufficiency footrace in the Sahara Desert. 250 kilometres in stages that turn runners into immortal legends. After seven days of war and peace with themselves and with nature, that is.

It’s more than just a race. People say it’s a life experience. What really goes on out there in the desert?

“You take off with a backpack where you have to stuff everything you might need for the following seven days, to run stages in the desert ranging from 35 to 90 kilometres. All they give you is water and a tent to sleep in at night. You have to carry everything else on your shoulders – from your food to your thermal blanket. At least you don’t have to change your shoes! I ran the entire race with my Spin Rs shoes”.

It sounds more like an inward journey than it does a physical challenge. How do you prepare for something like this?

“They only confirmed my participation about a month before the race. There were 25 of us from Italy - out of 1100 participants. I didn’t know anybody and my training consisted of running on a treadmill with a backpack on my shoulders. I made a lot of mistakes, though. I brought along a couple of kilos more than the other competitors. Chalk that one up to inexperience!” 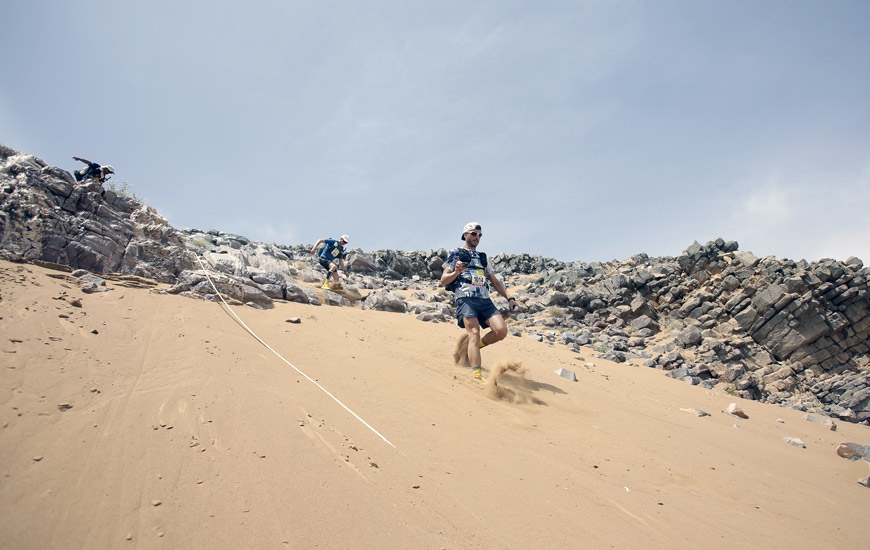 The rules stipulate that eight competitors must share a tent every night. Departure is at 5:00 a.m. for everyone and the arrival is at the same point for them all. What kind of emotional ecosystem do you have to develop in situations like these?

“I had never experienced these kinds of feelings before, not even on the longest trails. The environment is totally hostile and you really find yourself relying strictly upon the most basic elements of survival: water, food and sleep. Even if the hits just kept on coming from Mother Nature in all her cruelty – sandstorms and sweltering heat – and we were all racing against one another, I had never experienced that kind of affinity with others before. There was no tension. Actually, the very essentialness of the experience helped me rediscover the dynamics of human relationships in the true sense of the word”.

Then, at a certain point, it’s all over and you have that empty feeling inside. Nostalgia for the desert. Did that happen to you?

“The emotions were very intense and the gratification was monumental. But, more than the race in and of itself, what really remained carved within my soul is this form of ancestral reconnection with nature – a return to your primordial needs. Man is an animal and so I recovered my true essence out there all alone in the desert. And that becomes obvious when you are able to sleep well and you feel at peace”.

And then you returned to real life…How was Milan after having been in the desert?

“That was even harder than running in the desert! I had a lot of work to catch up on. I’ve got three jobs that take up all of my time. I work for a company that manufactures furniture for children and I also collaborate with a studio that designs green areas. But my real passion is for Wild Tee, the clothing line I design with the concept of that connection between humans and nature in mind. I feel that this project truly expresses who I am and it’s linked to racing and the life I love”. 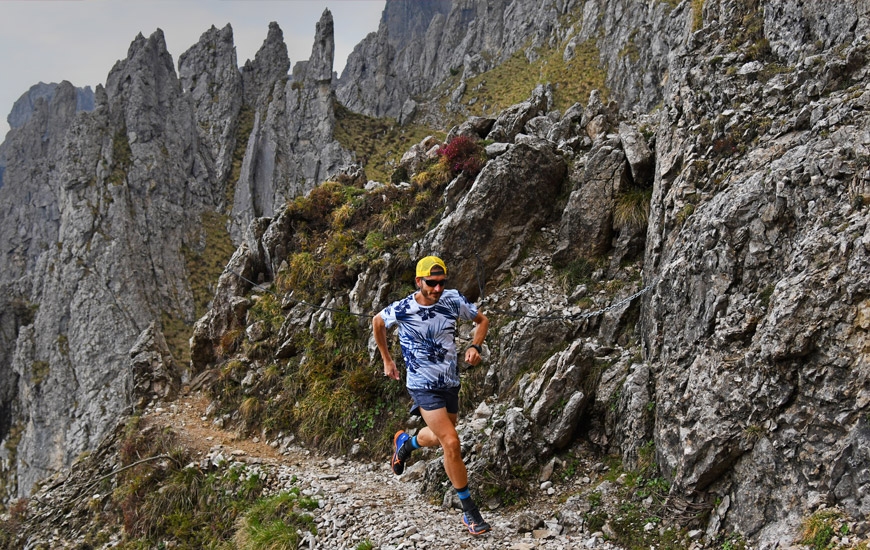 Speaking of your love of racing. Please tell us why you started so late in life…

“I was 35. I smoked and I had intestinal problems. My ex-wife wouldn’t let me see my son. I was really angry and so I started running to let off steam. At first, I thought I’d never make it to five kilometres. And here I am, eleven years later. My son has decided to come and live with me and now I am happy at last”.

You have covered a lot of kilometres over the years. You’ve been number 1 at some pretty epic races like the Western States Endurance, the Ultra Trail du Mont Blanc and even the Spartathlon. Where does the motivation to challenge yourself time and time again come from?

“The truth is I’m only satisfied when I put myself into situations that are extreme and out of the ordinary. I want to see how my body reacts, to analyse how my mind deals with both the beauty and the pain. I need to find out if my heart accepts limitations and surmounts them. I do the same thing when I’m training – I always want to stretch beyond my boundaries. It’s a little bit like looking for the female reindeer: you know she’s there and that you can find her. I never give up until I’ve made it. And then I find my peace”.

You must have withdrawn from a race now and again.

“I have abandoned a couple of races, actually. I don’t even want to remember those. I still feel bad about that. I had run out of energy but in hindsight I should have forged ahead anyway. You win some, you lose some. That’s life. But the challenges are innumerable. The next one is the PTL, the UTMB Petite trotte à Léon. 300 kilometres with and elevation gain of 25,000 metres to run on a team with unmarked trails and only two base camps. It’s going to be amazing”.

But what is the final goal for an explorer like you who always runs the limits?

“I would really like to be able to keep on running. Maybe more and more slowly because I’m getting older but I picture myself in the mountains with a backpack on my shoulders even as an old man. And I’d like the people around me to assimilate my love for adventure. My idea of paradise is my son running the Marathon des Sables with me. In the desert, that quiet and endless night, with nothing but the stars around us”.