Colin Haley, the man is a fanatic of extra-large and extra-difficult walls: Welcome to SCARPA!

I really like objectives that have a variety of different types of climbing. I love routes that require bringing a chalkbag and rock shoes, but also require monopoint crampons and technical ice axes

“One of my proudest climbing achievements was making the first solo ascent of Torre Egger, in Patagonia. After years of dreaming about it and planning my tactics in detail, the ascent went perfectly. However, a few rappels into the descent, I found myself in a nightmare scenario: I had just made a full 60m rappel on overhanging, blank terrain, and had started pulling my ropes down, but after pulling down only a couple meters of rope it became horribly stuck, with the "free" end of rope hanging in space above me, out of reach. I thought I would have to descend the lower east face of Cerro Torre with about 5 meters of 5mm cord... I was contemplating an all-out fight for survival, mostly free-solo down-climbing about 900m of steep terrain.”

Who are you, Colin? How is it that life placed you in the middle of Cerro Torre all by yourself with a snagged rope?
I was born in Seattle, in 1984, and thanks to my parents I grew up doing many outdoor sports - hiking, alpine skiing, cross-country skiing, mountaineering, kayaking, mountain biking. Skiing was my biggest passion growing up, and still I think I have more fun skiing than anything else. While skiing has always been purely about fun for me, in climbing I found a place to put all my drive and motivation. Since I was about fourteen years old I knew I wanted climbing mountains to be the focus of my life, and it is where I have put all my ambition since.

So, you’re from Seattle. Which mountains do you feel at home in?
I’ve actually spent very little time in Seattle in the past ten years. The places where I’ve been spending the most time are El Chaltén (Argentina), Squamish (Canada) and Chamonix (France). At this point in my life though I’d love to have a real home to return to between trips, and my dream is to make that a reality in Chamonix.  I’ve been trying to convince my girlfriend to move there with me… 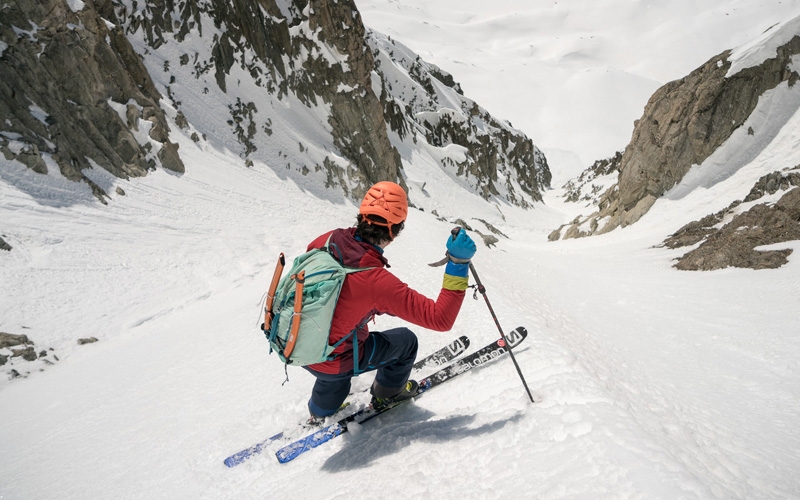 El Chaltén, a small village in Patagonia. We could say that you’ve been there for ages. Wouldn’t you like to discover some new places?
The mountains of Chaltén really captivated me for a long time. They are pretty much the steepest mountains on Earth, and in my opinion also very beautiful mountains. The quality of the climbing is also outrageously good. More than anything though, it's that the mountains there are extremely challenging, and the short weather windows dictate a fast and light style of climbing, which I really enjoy. Just last year though I started to feel that after spending so much time in that mountain range, it might be finally time to start "moving on," spending less time there and more time in other places… In a couple weeks I’m headed to the Tien Shan mountains in Kyrgyzstan – a place I’ve never been before!

You were born and raised in North America, though. What are some great climbing spots we haven’t heard of?
For some moderate alpine climbing, Mt. Shuksan is a great mountain. It’s in the North Cascades, a couple hours from Seattle, and it is very pretty, adorned with big, hanging glaciers. None of the routes on Mt. Shuksan are very difficult, but they’re all very enjoyable. For some more spectacular alpine climbing, you should definitely check out Mt. Waddington, the highest mountain in the BC Coast Range, and Mt. Robson, the highest mountain in the Canadian Rockies. For rock climbing, I would definitely recommend Index, near Seattle, and the Back of the Lake, in Lake Louise. Index is some of the best trad cragging you can find anywhere, on steep, dark granite, and the Back of the Lake is overhanging trad and sport climbing on quartzite, in a beautiful setting. The secret is that so much of the best climbing in North America is in Canada!

How about Italy? When are you coming to visit us?
I’ve spent so little time in Italy…I’m almost ashamed, considering that I have an Italian passport and my grandfather is from Napoli! I’d love to climb in the Dolomites, on Piz Badile and on the south side of Monte Bianco. Then there’s Cadarese, Finale, Arco…

There is no doubt that your eyes shine and your hands get sweaty when you talk about these “Climbing and Mountaineering Meccas”. What’s it like to dedicate your life to such an all-consuming passion?
It is exactly what I want to be doing, and it is the life I was dreaming of since I was a kid. Dedicating myself so completely to something is I think part of who I am as a person. If I hadn’t discovered climbing mountains, I probably would’ve been equally obsessed with something else. There is no doubt though that my obsession with climbing mountains is a major detraction from other aspects of life. I’m constantly travelling, often stressed and sleep-deprived, and never managing to spend as much time as I should with my family, my friends, my girlfriend… Some day I’ll have a lot of relaxing to catch up on! 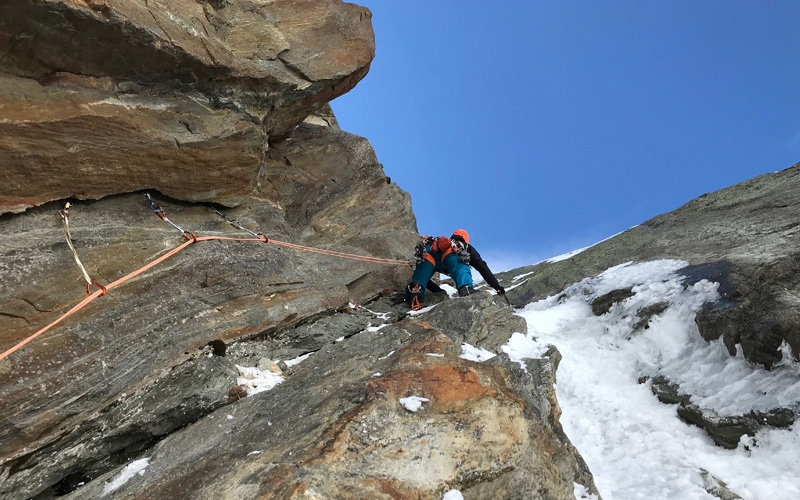 You’re not slowing down, are you?
I have improved as a climber every single year for the past 20 years. In the past year I climbed my first 8b sport climb, and climbed the Cassin Ridge in 8:07 - two different objectives that are radically different types of climbing. However, I am nearly 34 years old now, and I know that I can't keep improving every year forever, especially in a purely physical sense. For now I fortunately am still getting stronger, even in a purely physical sense, but as I get older I have to deal more with the abuse I have given my body over so many years, and I have to be smarter about resting, and taking care of myself. Taking better care of myself is tricky, because I am perpetually motivated to try hard at climbing, but trying hard at physiotherapy exercises is much more difficult... it's just so boring!

What advice do you have for kids who are crazy about the mountains and mountaineering fanatics?
What I would suggest to anyone who wants to improve as an alpinist is to go alpine climbing more! I think that in most activities, whether it is big-wall free-climbing or climbing on 7,000m peaks, there is such a strong correlation between how much you practice, and how much you improve. You get good at whatever you do a lot of! These days I think a lot of people spend too much time doing "training," like weight-lifting, and fingerboards, and those things, and would improve faster by simply going climbing more. Another bonus is that going climbing is immensely more fun than lifting weights! 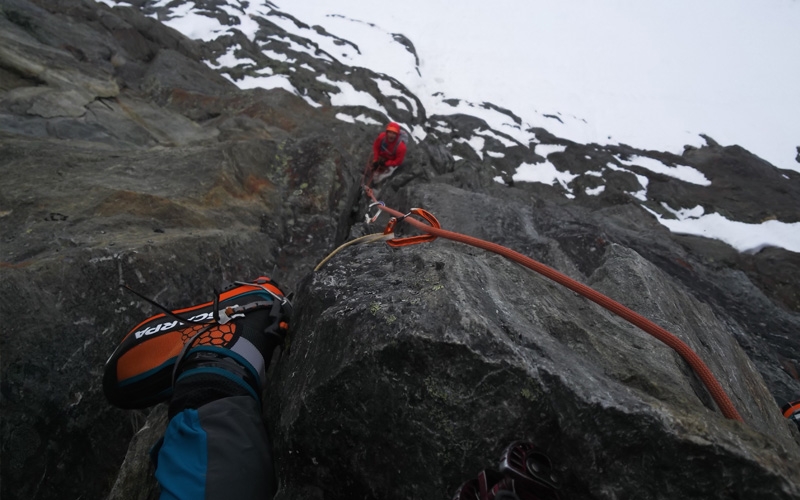 And how about that descent at Torre Egger (first solo ascent)? How did that story end?
After spending 2 hours bouncing on the rope with all of my weight, all the while getting drenched by melting ice, I finally retrieved the ropes. It was a very scary experience though, and by the time I made it to the glacier I was sure that I would cancel the rest of my Patagonia climbing season, and go home to rest. Instead, I ended up climbing the Torre Traverse in a day about one week later!