Sean first started climbing at the age of 13 in his hometown gym in Brusells, Belgium. It is at the climbing gym that he met longtime friend and climbing partner Nico Favresse. Sean explains, "Nico and I had the same passion and energy, so we started climbing and training together; we both loved giving it everything and trying hard." Feeding off each others' passion, they progressed at the gym with a youthfully creative training circuit. "We would max out on climbing laps and then fill backpacks with water bottles or whatever weights we could find and do as many pull-ups as possible until we were totally destroyed. Sometimes it would get to the point where I could barely walk going to school the next day," Sean laughingly explains. 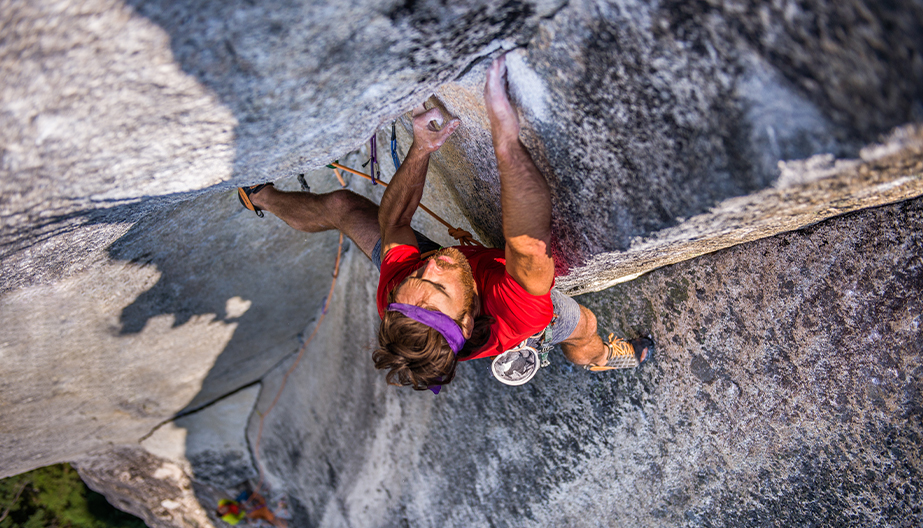 ​​​​​​​
Beyond the home of his free-spirited training, the climbing gym became the starting point for adventures that laid a foundation for Sean's climbing lifestyle. He explains that even as young as 16, "Nico and I would meet at the climbing gym, maybe get a route in and then set off on our summer holiday trips, hitchhiking to the South of France. We were focused on sport climbing, but these trips were just as much about the experience as they were about climbing; just getting there was a huge adventure. As each ride dropped us off at an unplanned destination, we would take out this map we had with all the climbing spots on it and see what the closest crag was, then climb for a day or two before hitching on further until we finally reached places like Ceuse." 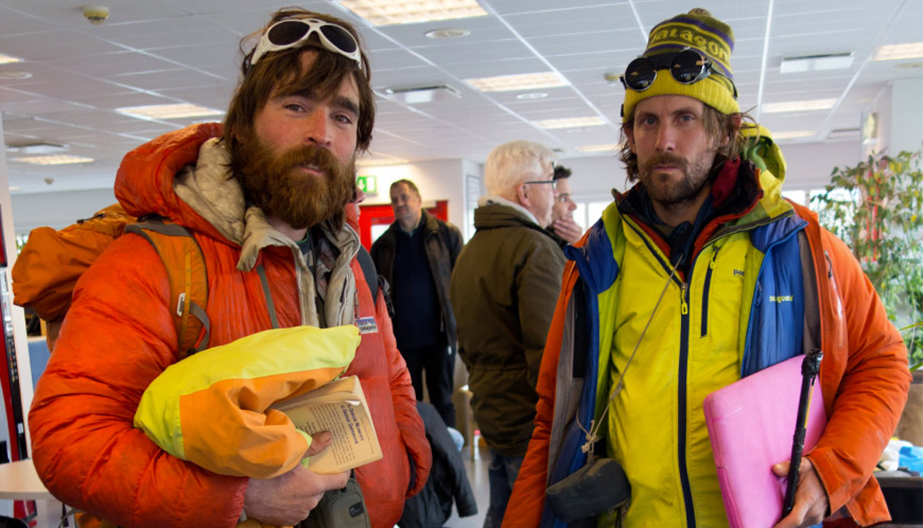 ​​​​​​
Whether it was finding a ride, finding climbs, or finding a place to bivi –which included roadside bathrooms and caves– these trips gave Sean an initial taste for adventure. At 22, the allure of something bigger caught his attention, and he and Nico decided to take on long multi-pitches in Switzerland's Rätikon. After choosing one of the guidebooks' hardest climbs and convincing Nico, simply because, "It's what we came here for," the two set off on Headless Children (8b, 250m). Amidst Nico getting lost for 60 meters of unprotected climbing on pitch one, Sean taking a factor two fall after a hold broke, and then finding themselves benighted on the abseil during an approaching electrical storm, they were both hooked. From this, Sean exclaims, "we realized we need to do more of these big wall adventures, and our progression into this type of climbing then kind of came naturally. We were attracted to the whole experience and just loved being outside."

After Switzerland, the Belgium duo honed their skills in Yosemite in 2004 and experienced living on a portaledge far above the Valley while climbing The Freerider (VI 5.13a, 1000m). In 2005, they set off for Patagonia for their first real expedition and completed a mostly free ascent of Riders on the Storm (VI 5.12d/, 1300m). Now, fifteen years later, and with an encyclopedia of expeditions to his name, Sean's love for adventure hasn't wavered. This has guided him across the globe, establishing new lines and putting up first free ascents with a strong belief in clean climbing and a masochistic enjoyment for difficult cracks that, as he puts it, is capped with a passion for "wet mossy off-widths early in the morning." In this style, he has made inspiring ascents from Europe to North America and from Patagonia to Greenland and Africa. His achievements include the FFA of El Regalo De Mwono" on the Central Tower of Torres Del Paine in Patagonia (VI 5.13b, 1200m), the first ascent (all free) of Devils Brew on the Impossible Wall in Greenland (5.12+ 850m), and the first ascent of Fire in the Belly on Tsaranoro Atismo in Madagascar (8a+, 700m).

As Sean recounts his accomplishments, it is not the cutting-edge grades or hard moves in seemingly impossibly conditions he savours, though. For Sean, expeditions, climbing, and the lifestyle are about enjoying the full experience, not single moves, or chasing grades. As he puts it, "the vision of what the adventure is and how an expedition should be include everything; this is why we are willing to make long approaches, wait out storms, and bring things completely unnecessary for climbing like our musical instruments." Don't let Sean's easy-going demeanour reduce his climbs to moderately graded accomplishments. This mentality is a tool that allows him to have fun, stay motivated and enjoy taking on long hard objectives that, for many, would be inconceivable, especially while following the ethos of using no or as few bolts as possible.

The instruments, songs, and big wall jam sessions are among his top secrets for enjoying the full experience and staying motivated, even amidst the harshest conditions. As he explains, "without music, when the weather turns bad, I would just be sitting and waiting in the portaledge, which drains you of motivation and energy. Playing music helps you remember to live the whole experience; enjoy the moment, and understand that the next pitch isn't the most important thing. Then when the weather turns good again, you feel alive." You can see this ethos play out on many of his cutting edge routes, including his ascents on the Impossible Wall in Greenland, an accomplishment he, Nico, and Ben Ditto received the 2011 Golden Ice Axe for. An event, he jokingly explains, "didn't actually require an ice axe, but we did bring along a guitar and whistle."

Focusing on living each adventure to its fullest has allowed Sean to transform the world into his home. And although he is technically a Belgium resident, he is rarely there. You are more likely to find him in some far-off mountainous region or travelling in a small van sharing his passion for climbing and stories with the community. Even upon writing this, he has unexpectedly spent nearly a full year living in El Chaltén, Argentina. A decision the came naturally after flights halted and countries restricted travel due to COVID-19 while he was on an expedition in Patagonia in early 2020. Deciding to forego a strategically confusing and plausibly unnecessary evacuation, he chose to spend the winter living in a caravan and enjoying the small community. Most days, he is out climbing, swimming, and running. And when he isn't training, he fills his time with online language courses, learning the Irish bagpipes, and working on his storytelling. And now that the seasons have changed, he is also busy helping friends on their land with construction and gardening.

This unexpected year in Patagonia is just another chapter mixed in amidst Sean's inspiring stories. Thankfully, for those looking for motivation and entertainment, he has proven his talent in video making, sharing his adventures and stories from climbing around the world in documentaries. He fills these narratives with humour, music, and climbs that leaves your hands sweating and ears filled with cheerful melodies.

So before you lace up your shoes, plan a future trip, or hyper-focus on grades, tune in to one of his legendary stories. Because although we might not all agree with his passion for "wet mossy offwidths" as climbers, it is hard not to be inspired by someone who has let their climbing passion guide them as wholly and naturally as Sean Villanueva O'Driscol.