With such a long list of accolades, it is hard to fathom Martin focuses on anything besides athletics. But amidst climbing and training, he works as a Meteorologist at the Czech Hydrometeorological Institute, servicing climatological stations and doing data control work. But at the center of Martin's universe is his wife and twin boys. And although his infant children are too young to climb, they accompany him with his wife to as many competitions as possible. Martin shares these joys on Instagram with photos of his smiling and proud family. Along with humorously captioned pictures of the twins draped in his medals.

Born August 3rd, 1990, in Choceň, Czech Republic, climbing and family have always been interwoven. Martin's father, Jaroslav, was a passionate climber who, in the early 90s' made numerous 8a ascents on Czech sandstone towers. And at the tender age of five, he introduced Martin to the local climbing in a tradition that began with his older brother Štěpán,

"I didn't fall in love with climbing immediately," Martin recalls. "It was more just following my Dad and doing what he said."

In the company of his brother Martin endured his father's enthusiasm while finding a personal attraction to climbing through nature. He explains, "like most fathers, mine was very ambitious, and he wanted my brother and me to excel, so he always took us on some hard routes, where I struggled to reach the holds, but in the end, with a little pull I could enjoy the climbing and beautiful views from the sandstone towers." 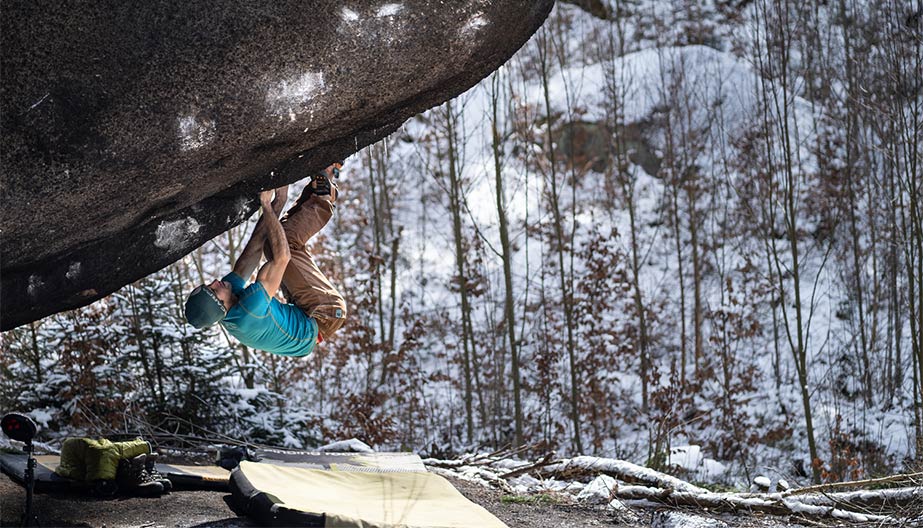 Jaroslav was also busy developing a climbing gym in Choceň that, until future developments, stood as the country's most prominent facility and host to the 1996 European Lead Championships. Indoors, on the 12-meter high walls, Martin's athletic drive was ignited in a way the outdoors could not. Observing this energy, Jaroslav encouraged seven-year-old Martin to participate in the Czech youth competition circuit. The experience accelerated his interest in climbing. As he recalls, "competition provided friends my age to climb with, as it was more playing games together than competing." This aspect of fun poured over into the cellar in his childhood home, where he spent countless hours with his brother and friends challenging each other on a small 2x4 meter-high bouldering wall.

As play waned into preteen ambitions, competition became an outlet for Martin to "prove and compare his strengths and skills directly with fellow climbers." The measurement became a consistent judgment in his climbing that, with the guidance of his father, helped cultivate a work-hard mentality. As he shares, "as a child, my father taught me a lot about training and instilled that I have to train hard to be successful; and if you want to improve, skipping training is not an option."

At age 13, when Martin left home to attend weekday boarding school in Brno, he brought this ethos with him. And although the move was to better his education–which he did by receiving top marks–the proximity to the national training gyms opened the door for connecting with athletes focussed on training and competing. In the early years, Martin observed the other athletes to better his methods, as he explains, "taking the best techniques from those around me and applying it to my routines."

Tomáš Mrázek, a two-time Lead World Champion, was one of Martin's early training partners, who in these formative years reinforced the young athletes' ideals and dedication to climbing-centric training. This philosophy was first applied to rope climbing in the gym to improve endurance and movement and later adapted to spray wall training as bouldering strength became critical.

Progressing indoors wasn't Martin's sole focus, though. He spent much of his time climbing outdoors with his brother Štěpán–also a competition climber–and friends he made along the way. One of these individuals was Adam Ondra, who he met competing in 2001. As the two became fast friends, Martin joined the Ondra family on climbing trips to some of Europe's most sought-after spots. These adventures allowed the duo to push each other's ambitious nature. "We were always very competitive, but our focus wasn't on the hardest grades, but instead on the number of onsights and flashes we could achieve above 8a. On one trip to France, we did around 20 8a – 8b+ routes. But it wasn't just challenging each other in climbing. We played card games along the way and even included cross-country skiing into the crags." These antics formed a lifelong friendship that carried over as the two began competing at IFSC National events. 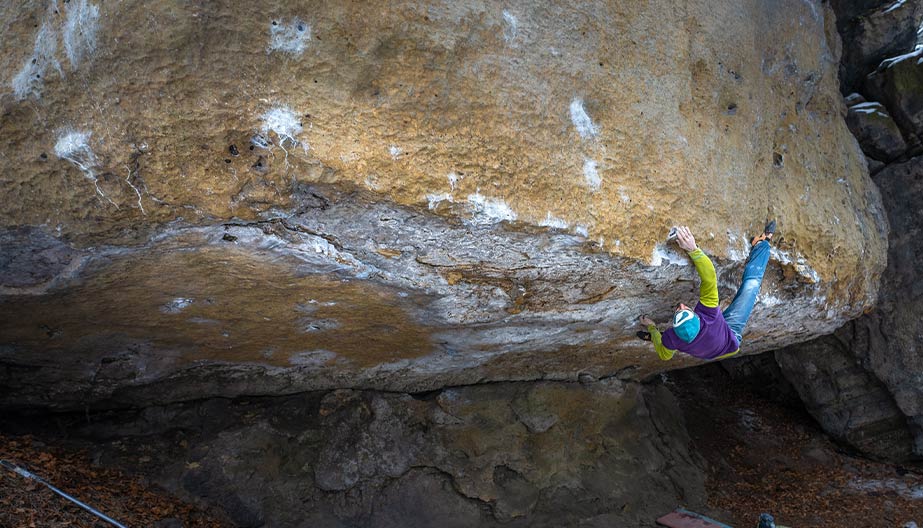 For Martin, joining the Czech National Team for lead climbing in 2004 was a natural progression after his success in youth competitions, and he took the circuit by storm: In the first year, he won four Youth World Cup podium finishes, including three second places, capped off with 4th place in lead at the World Youth Championships in Edinburgh, Scotland. This set the tempo for a distinguished competition path that carried him from Youth climbing into the Men's circuit. Between 2004 – 2008 he achieved 20 podium finishes in Lead and placed 2nd in the 2007 Bouldering World Championship in Aviles, Spain; his first-ever Men's bouldering competition. He explains this was a last-minute decision, "I was a lead specialist, but I decided to enter for bouldering as well simply because I could. I climbed that day without pressure. And when I made it to the finals, by what felt like the sheer luck of problems fitting my style, I realized I was on the same level as the other competitors and could climb smoothly with a relaxed mind." The experience helped him recognize that his natural build and powerful style were perfect for bouldering, thus prompting a focus shift away from lead.

Over the years, Martin has refined his style into what he describes as "a power-driven climber, excelling at cruxy, dynamic moves between small holds." These attributes have helped him continually excel outside of competitions. In 2007, he chained his first 8c+ with the ascent of Dikobraz in Višňové, Slovakia. And by his mid-twenties, he managed multiple 8C boulders starting with Practice of the Wild in Magic Wood, Switzerland, in 2014. He followed up in 2015 with The Story of 2 Worlds in Cresciano, Switzerland. The famed problem became a lesson in perseverance and persistence as he unlocked the 8b Dagger section on the first day but struggled to link it with the other six moves until his fifth and final day. The achievement added his name to the famed line and awarded him the experience of patience. As he explains, "this was the first boulder I really tried hard on for more than one or two days."

Just as Martin had to learn to direct his powerful style into bouldering and acquire the skill of patience, he also had to recognize the importance of choosing routes that fit his style. This lesson came in a classic ah-ha moment, in 2013 after ticking Memento (8B+) in Silvretta, Austria. "I didn't have many 8B+ lines to date. But after working the individual moves, I sent the line on my 6th attempt and realized I can climb hard boulders if I find ones that suit my style well."

Historically short projecting times were essential for Martin as he chased progression and pushed his limits. And while this is still important, fast projects are now more critical for accommodating his full schedule. Because, no matter how vital climbing and work are, family time comes first–Time spent with his wife and children, playing games at home, traveling together, and visiting their families. Thus, it is no surprise much of his recent accomplishments have occurred locally with his brother. Because as he shares, "I always make a point to be home with time to play with my boys in the afternoon and tuck them in for bed each night." A remark he makes while politely excusing himself after a training session to get home to his family.

AN ORDINARY DAY FOR NICO FAVRESSE