Here is an interview to Alessio 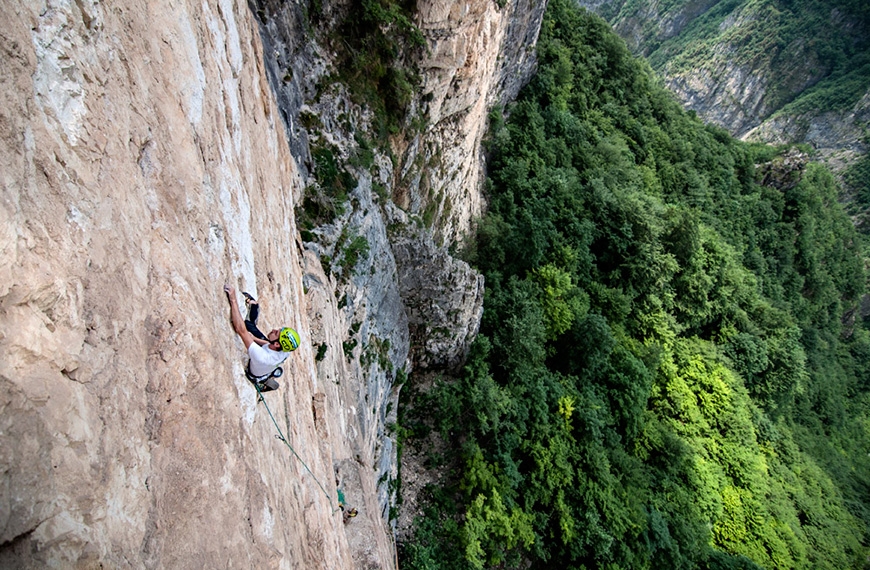 - From how many years do you climb?

- Tell us about your passion for the bad rock and the most difficult places to reach.

I love wild and isolated places, because there you can live adventure and memorable moments.
What is difficult to obtain represents a challenge and if you face it, it can make you grow up giving you great satisfactions.

I don’t really have a passion for the bad rock. It is true that I climbed some routes, difficult or not, that had really bad rock, but there were many reasons that led me to face them. Maybe is more correct to say that I like the routes that most alpinists and climbers avoid… there are places where the rock is not good but the routes are so famous so everybody wants to go there.

-Why are you always getting into dangerous situations? Are you searching for them or vice versa?

Alpinism is always dangerous/risky. If someone wants to practice alpinism without running any risk he doesn’t know what he is doing. Obviously, there are routes more or less difficult.  When I’m interested in a wall/face I usually don’t think about how dangerous it could be, but I try to work out how to face it in a safer way with respect to that followed by the pioneers. 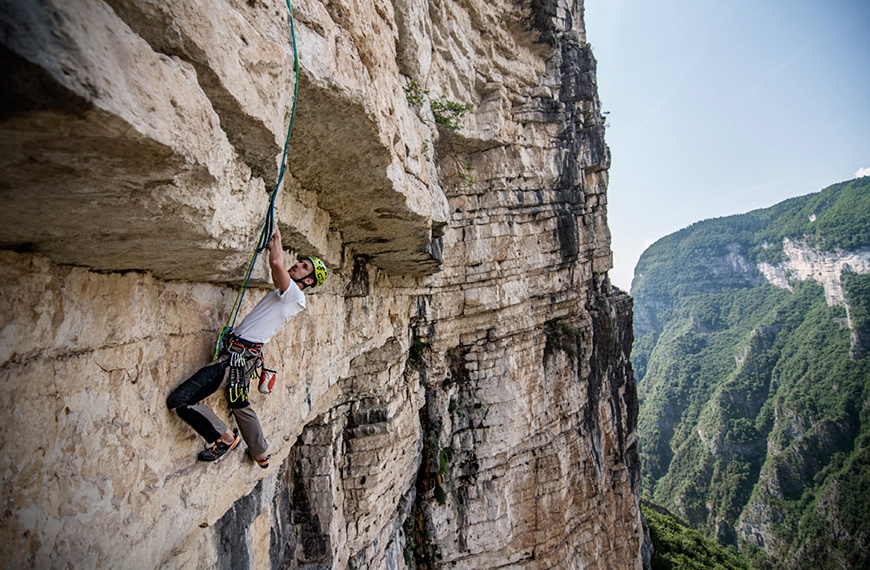 -If you could make a choice, do you prefer a 8A on solid rock face or a 7A on bad rock?

Both have their charm.

-Which is the best route you opened but that you will not think to repeat?

There is no route among those that I opened that I will not climb again. Maybe “Momento Libero” or “Giallomania”, because in a certain point you can’t come down: you can just go up. 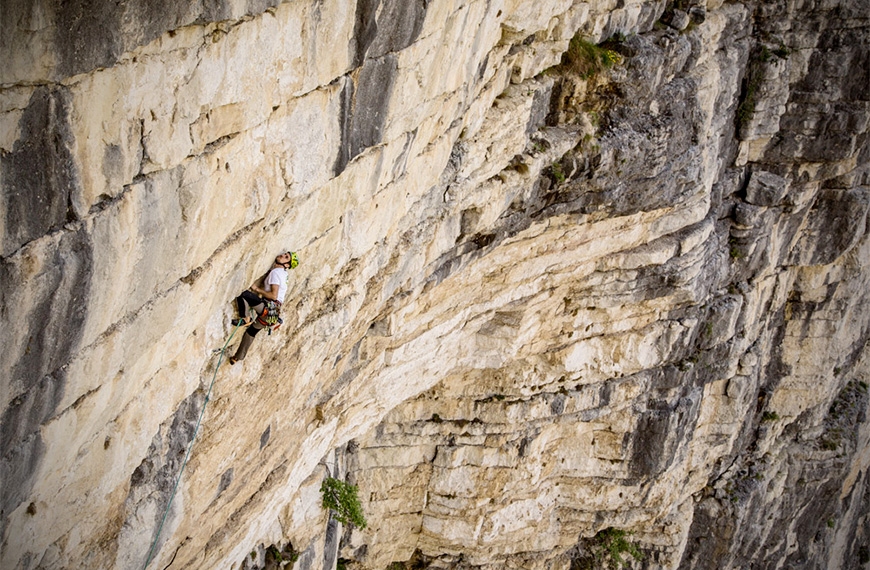 -Which is the route you repeated that you will not climb again?

No doubts: the “Miotto-Bee-Groaz” on the South-West face of Pelmo. It is really dangerous.

-Which climbing shoes do you wear?

I wear Mago for crags and Instinct VS or Boostic for multi-pitch routes. 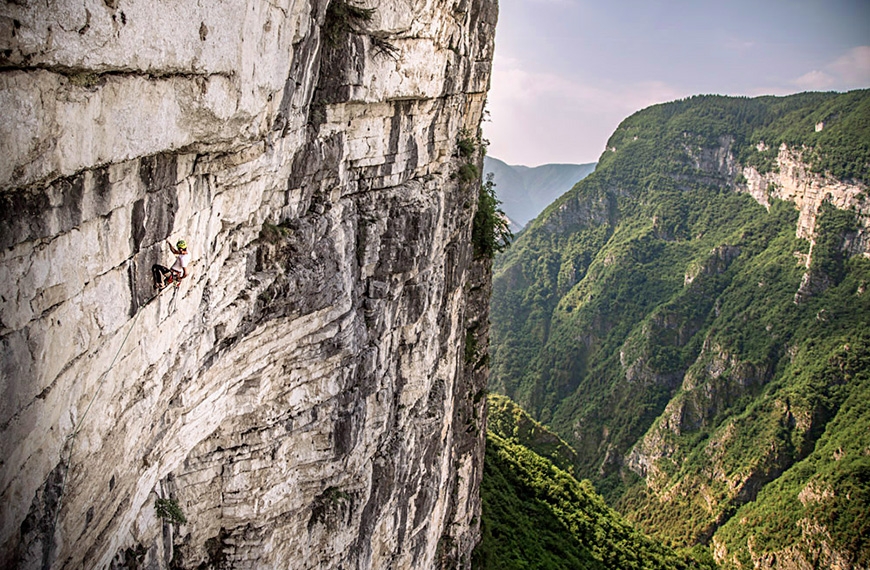 -How much time do you need to plan/decide to try a route like the right face of Diedro, Burel?

Just one second! the problem is to find a mate who want to follow you in those out-of-the-world places, full of ticks! 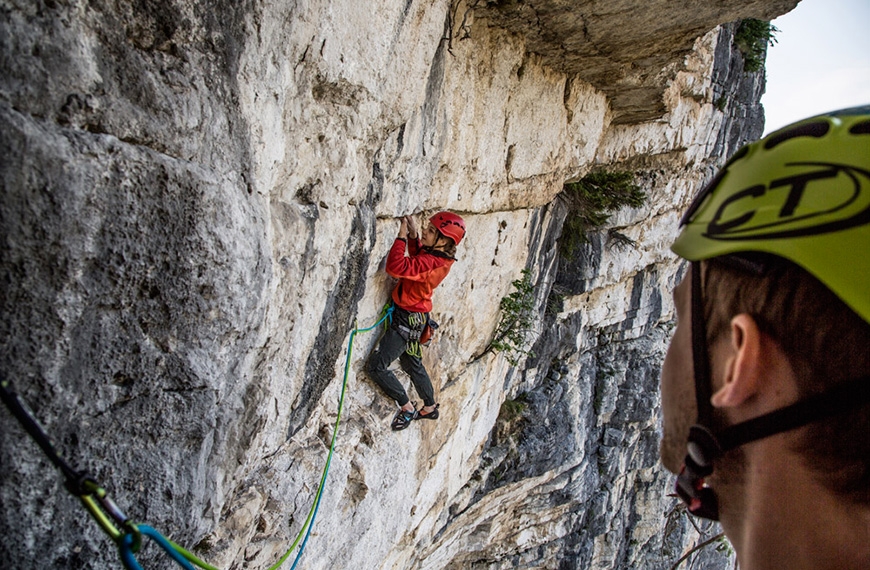 -What do you mean with the word “Giallomania” and how long have you been suffering from it?

“Giallomania” is a sort of disease from which I’ve been suffering since I started climbing. When I see a yellow wall I feel more fascinated with respect to a gray face. Then when I’m in the middle of the wall I always regret my choice… 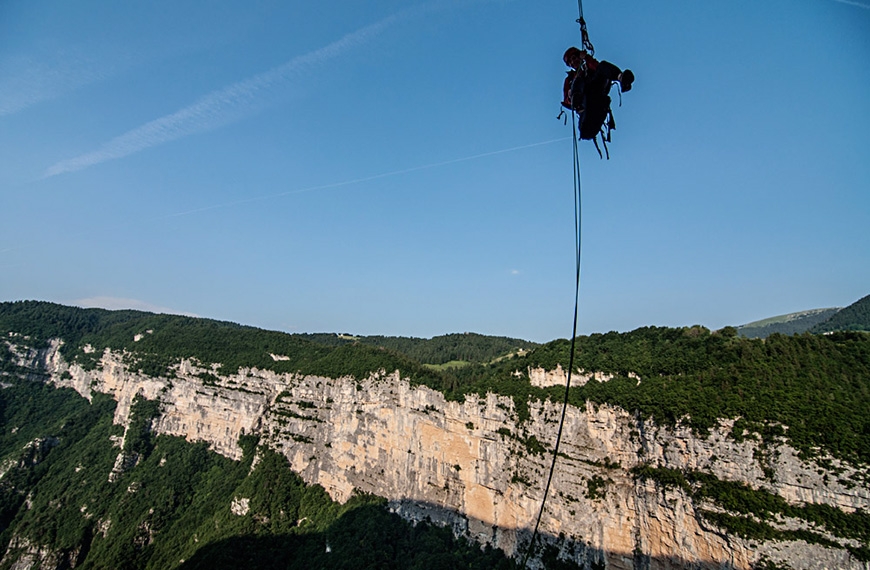 -Tell us about the new route. What is your suggestion to those who want to face this route again?

“Giallomania” is the name that I wanted to give to the last new route that I opened together with Angela. It is in Val Gadena, a valley near to the Valsugana: a place not very popular.

When you are hanging from one of the two walls above the valley, the landscape is wonderful.  As concerning the route this is not a climb that I would suggest to repeat: the climb is not very nice, the rock is bad and the access is long. But for those who want to see everything in a different point of view I can say that this climb could give him/her great satisfactions if it is faced with the right preparation. The exposition is exciting and the line has a logic line, find the simplest parts in the middle of the roofs. 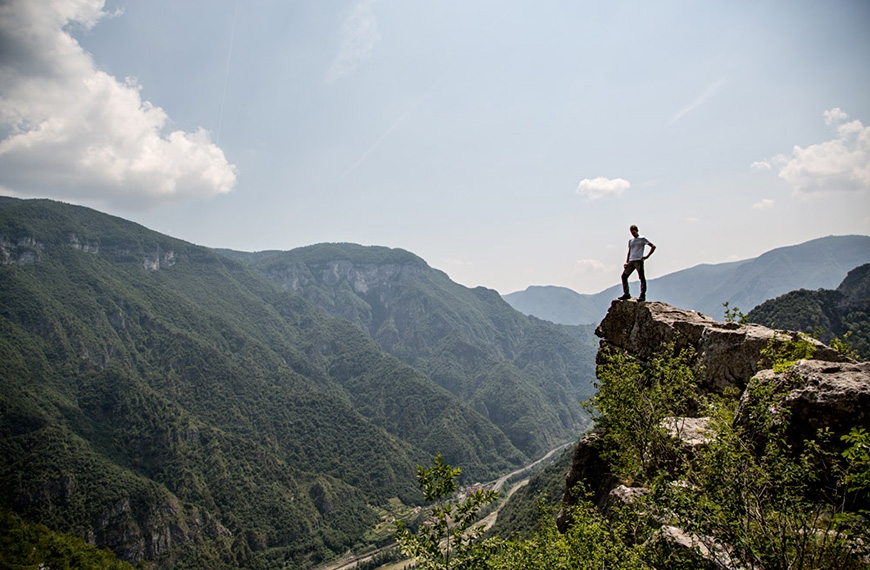