A chat with Francesco Vettorata about the last competition's climbing season

Checco how are you?
All right and the season is almost over.

So how was your season? Do you still have some competitions scheduled or the season in over?
The season went very well this year, I managed to join my first Final stages in the World Cup and I ranked twelfth overall!
In the Italian , I won the victory of the combined Italian Cup. A short, 20 December, there will be the Italian Championship Lead in Trento for which are still being prepared for this last event.

Who is the strongest climber in your opinion?
In the World Cup, I think the strongest is Ramon Julian Puigblanque because he can climb everywhere also if the route setters sometimes put him in difficulty. Also the Italian Stefano Ghisolfi is certainly a good "partner" on competitions.
You think being strong on rock means automatically be strong on climbing indoor?
Be strong in rock climbing does not automatically mean being strong on indoor climbing, are two different things. I think that there are very few people in the World that could afford to climb only outdoor and have good results indoor. 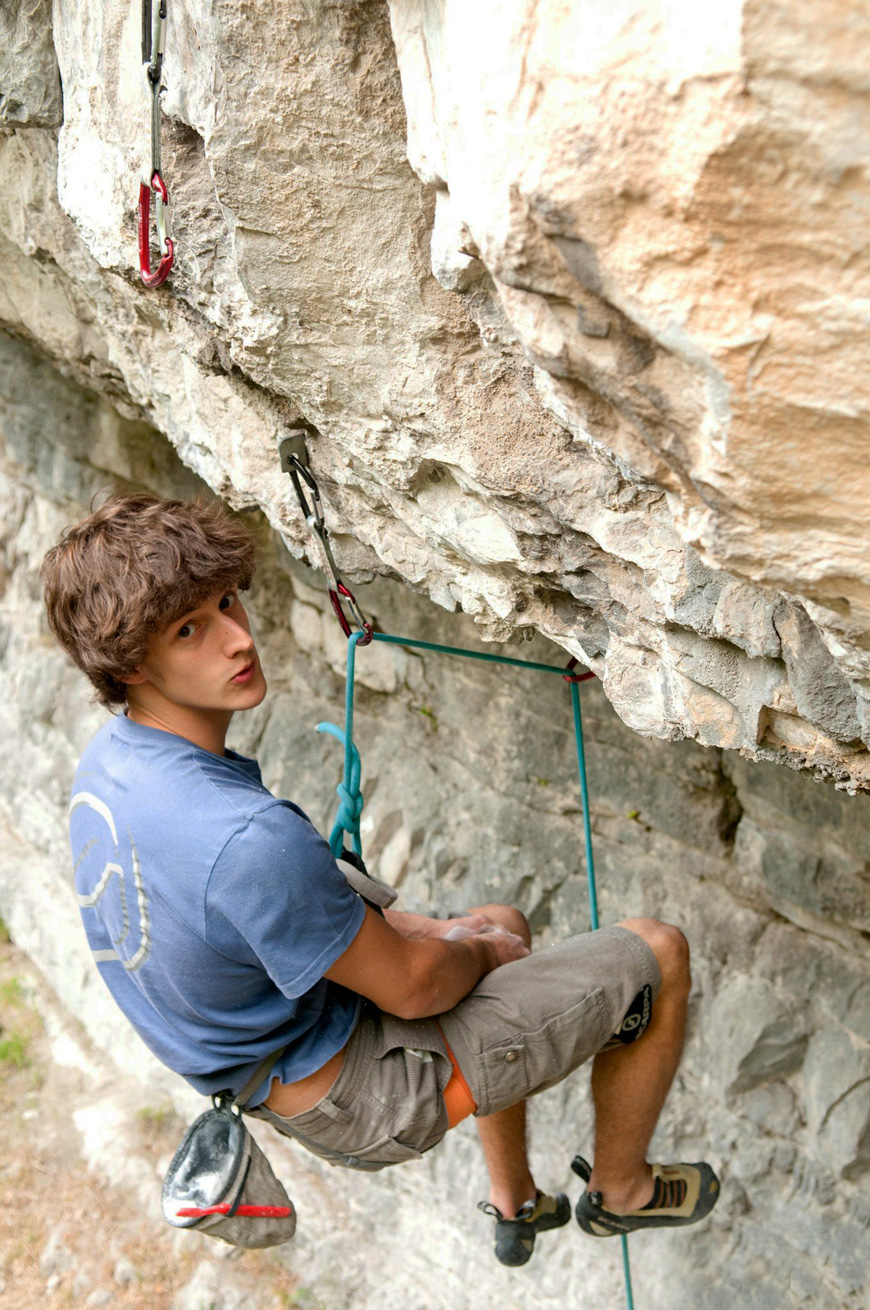 Which one do you prefer?
During the competition season I prefer more the outdoor structure and during the holidays of course the outdoor rock. But, if I had to choose one, I think the indoor because for me is an harder game, so I think that has some points more. 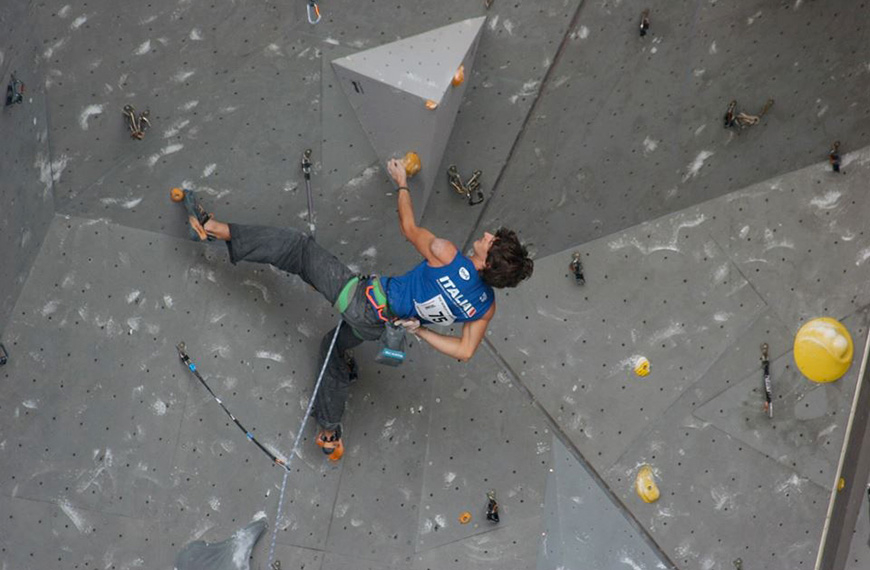 An analysis of the general season. Who impressed you? From whom did you expect more?
This season has been very positive for me after a not perfect start due to interpretation of the routes, the end of the season was much more better. The Slovenian Jania Garnbret surprised me!

What was the best race of the season as performance?
The best result was the sixth place World Cup in Stavanger (NOR), 21-22 August 2015 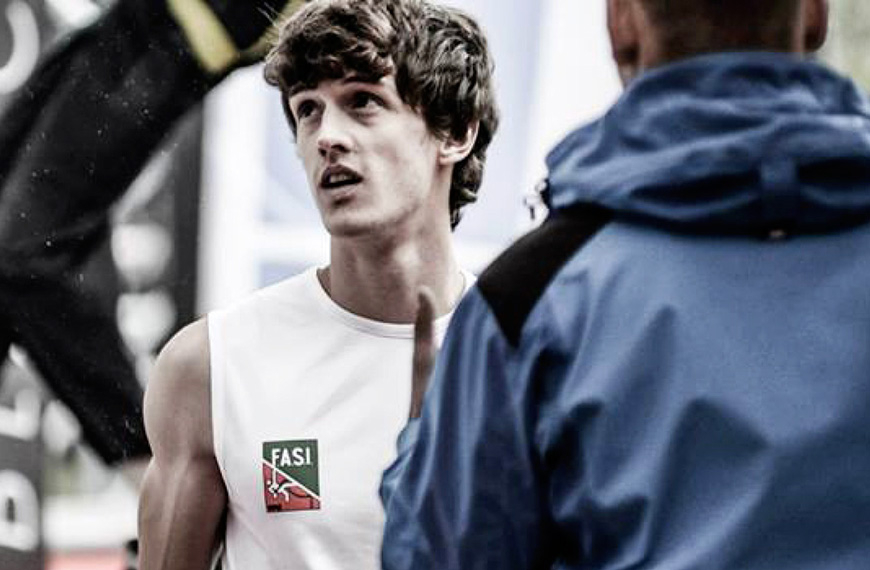 What it was the best from the point of view of the atmosphere, and the public as an experience?
Briancon, no doubt, a lot of people, music and a local winner!

Sixth place in Norway, Belgium in ninth and tenth in Kranj in Slovenia are results that clearly set you on the top athletes in the World. How much is difficult to maintain the motivation at the highest level throughout all the season?
Keep motivation high is not easy, is possible just if you have next to you people to talk to about your physical and mental problems during the season. Physically is really difficult: in my opinion an athlete has just a month of maximum shape when he express himself at the 100%, the rest of the year you can have from 60% to 90% of your shape, so it is the mind that makes the real difference. 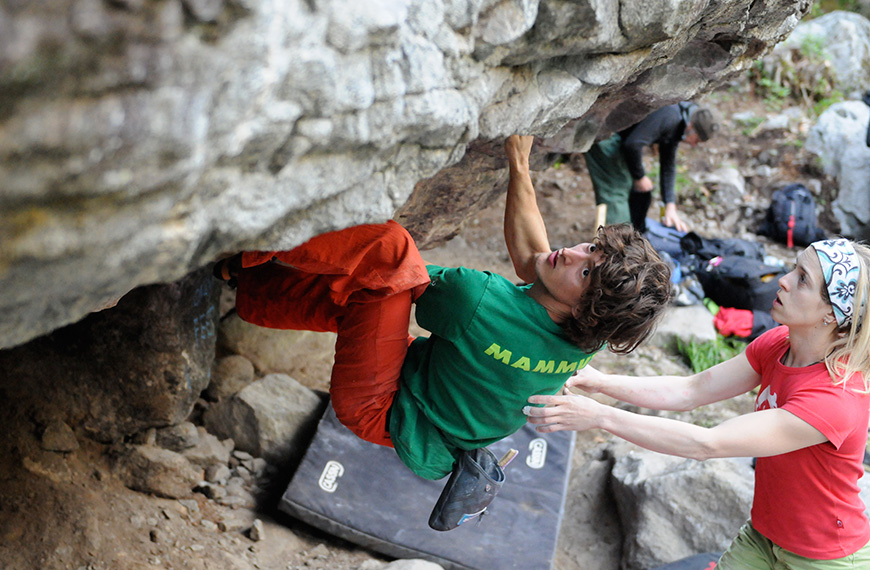 Which shoes do you like more? How many times do you resole its?
The best for me is the INSTINCT VS, perfect for my foot. For training I use tons of shoes! Can’t say how many exactly, I guess more than 20 pairs for season!